OMG: Can't We Get Serious? 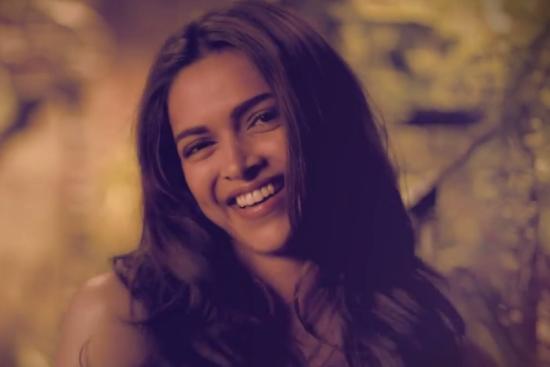 The Deepika Padukone-Times of India exchange of words continues, and the newspaper seems to have taken it upon itself to carry on digging itself further into a hole.

For those who came in late:

Supposedly India's 'LEADING' newspaper and this is 'NEWS'!!?? pic.twitter.com/D3wiVVXuyM

The Finding Fanny star, rightly outraged with a tweet (since deleted) by a news outlet, followed it up with two more tweets:

YES!I am a Woman.I have breasts AND a cleavage! You got a problem!!??

Dont talk about Woman's Empowerment when YOU don't know how to RESPECT Women!

The news outlet, instead of simply pleading mea culpa, decided to brazen it out and insisted that its tweet and headline "OMG: Deepika Padukone's Cleavage Show" was actually meant to be a compliment:

@deepikapadukone , It's a compliment! You look so great that we want to make sure everyone knew! :)

While there was an almost spontaneous surge of support for Deepika, It is useful to underline that some cynics even questioned the timing of the episode that coincided with the release of a film featuring her. [For a response, see this]

Others seemed to imply that perhaps too much was being made of what was par for the course media behaviour, that

"top stars across the world are pictured in garments that leave little to the imagination",

"the cameras will leer and peer. That's what cameras do. Where and who draws the line?"

The question posed was:

Deepika remained measured and mature in her response:

All I am asking for is respect as a woman off-screen.

It is not about breasts, penises, or any other body part being reported. It is a matter of context and how out-of-context the reportage is just to sell a headline. And more so during a time in dire need of an attitude shift towards women.

It was yet another opportunity for the Times of India to simply back off, if not apologise unconditionally. But the newspaper's advertorial supplement Bombay Times  stooped to newer lows by carrying an article titled "Dear Deepika, Our Point of View" with gems such as

Deepika, who began her career as a 'calendar girl' for a liquor brand

Deepika, just for the record, we do not zoom into a woman's vagina or show her nipples. As a newspaper, we take every care to ensure that we pixelate them if they show up in a picture, but your cleavage is as sexy as Shah Rukh Khan's '8-pack' abs. Given the nature of the online media worldwide, there could well have been a story headlined, "OMG...Shah Rukh's 8-pack sexy abs!!!"

The article concluded with these lines:

These pictures are far more revealing than the above video which she tweeted against. Her tweets, comments and TV interviews were convenient and hypocritical and perfectly timed with her movie release to help it fare better.

And, of course, how could they miss the opportunity to publish not just one but six more large-sized "pictures of Deepika that she got shot voluntarily in REAL life"?

Deepika had taken some pains to belabour the point that her objection was to how the original, one year old photograph had been played up and the almost juvenile excitement exhibited in the accompanying headline/caption. And, of course, there is the simple question of volition and agency that all the years of campaigning "No Means No" do not seem to have registered.

Essentially, thus, the latest "attack is the best form of defence" reeks of a crass "attempt to victimise the victim" further, accusing Deepika of "hypocrisy for publicity", and is no different in tenor and tone from the sort of dirty tricks one would see employed by the highly-paid defence lawyers of a villain accused of rape in a Hindi film by questioning the victim's "loose character".

It would be futile to dwell too much on the TOI's brazenness or its clickbait features or its bizarre attempt to defend the indefensible by suggesting that Deepika had no right to object to how she is portrayed.

Indeed, as has been reported, some of the newspaper's own reporters in Delhi are supposed to have sent an e-mail to its top editors, pointing out "severe problems" with the latest stance:

"As we all are aware, anything printed under the TOI banner—headline or article—becomes the Newspaper’s responsibility. After being caught on the wrong foot with the caption, which was definitely not complimentary as the website had later claimed, this is the most lame excuse we could putting out."

“Whats wrong with being a ‘calender girl’? And this after claiming that we are against moral policing, the statement smacks of not just double standards but a highly regressive and repulsive attitude towards women who are struggling to beat stereotypes."

"After taking a stand so many times for women’s rights, this is an appalling position to take"

The email also takes strong objection to the concluding lines of the article quoted above:

”This is an extremely personal attack and attempts to show that a public face like Padukone has absolutely no business feeling offended at the crass remarks being made and could only use the situation to her advantage. The article is insulting not just to Padukone but to women in general. Irrespective of who Deepika is, what she stands for or what she does, today's article was particularly in poor taste."

That the newspaper has displayed execrable poor taste should by now be beyond dispute for most who have followed the debate, such as it has been, and should not detain us any longer.

What should concern us, however, is that film-industry, after having expressed some empathy for Deepika, seems in no mood to do any soul searching for the role it plays in propagating the very sexism that it was, and has been rightly, protesting against.

Indeed, as has been pointed out by more than one commentator, barring the crass bad taste and failing to admit its fault in this instance, the media and the online media in particular, with some honourable exceptions, routinely indulge in such clickbait features. But we seem to be ignoring the real elephant in the room: that the malaise in the film industry, to objectify and commodify the female body is no less rampant.

While it is true that in a completely male dominated industry, both in front or behind the camera, most heroines rarely have a say, especially when it comes to the way they are depicted, the way the camera hovers over their bodies voyeuristically or the double entendres that are routine in what passes off for flirtatious dialogues, yet, surely after this undeniably brave step on part of Deepika, she and other top heroines can at least be expected to show some discernment?

While empathising with Deepika in this instance, one would be failing in one's duties if one did not at least ask her and the likes of Katrina Kaifs and Kareena Kapoors to  introspect a bit when it comes to endorsing misogyny in one form or the other. Is it fine to not just endorse but also shake a leg with the rapper/ singer known for highly misogynistic lyrics in a promo video for Chennai Express or Singham Returns because the lyrics aren't objectifying ‘them’ in the literal sense of the word?

How come they don’t find anything objectionable in mouthing such lyrics as Fevicol (Kareena) or Chikni Chameli (Katrina) or pride themselves in ostensibly playing a "feminist" in a film (Kareena Kapoor in Kambakkht Ishq) who does nothing when a man she hates forcefully kisses her in order to ‘shut her up’ and even dolls up to seduce that very guy?

So let's come to "real life" where even a seemingly "woman-sensitive filmmaker" such as Sanjay Leela Bhansali dropped Kareena Kapoor from a film as her then "engaged to be married" status, in his view, hampered the chances of an average Indian viewer (read male) accepting her in the role. These sentiments were echoed by Ms Kapoor's then fiancé and now husband Saif Ali Khan on the television show Koffee With Karan.

Or remember how a Shah Rukh Khan said he felt ashamed for being a man when the 2012 Delhi gang rape shook the nation, and yet thought it was fine to get Yo Yo Honey Singh to do the Lungi Dance number, while feminists (yes, both women and men) were objecting to the rapper’s blatantly misogynistic lyrics.

That Deepika Padukone received wide-ranging support form Bollywood and the social media saw an outpouring of empathy for her is certainly a heartening sign, but to hope that it would lead to any change in a business that almost prides itself in objectifying women it seems, alas,  is asking for too much.

P.S.  Just as I was writing the above, as if to provide a reminder, came the news that a first-ever UN sponsored global study of female characters in popular films across the world has found that India "tops the chart in showing attractive women in its movies and as much as 35 per cent of these female characters are shown with some nudity":

The study, commissioned by the Geena Davis Institute on Gender in Media, with support from UN Women and The Rockefeller Foundation, reveals deep-seated discrimination, pervasive stereotyping, sexualisation of women and their underrepresentation in powerful roles by the international film industry.

Indian films, the study finds, have a significantly higher prevalence of sexualisation of female characters and the movies score low in depicting women in significant speaking roles and as engineers and scientists.

The study also noted that when shown in professional roles, females are largely absent from powerful positions. Women represent less than 15 per cent of business executives, political figures, or science, technology, engineering, and/or math (STEM) employees.

In India, out of a sample size of 12 jobs onscreen in the scientific and engineering field, 91.7 per cent were portrayed by males while only 8.3 per cent were females.

In the field of politics, only 12 women were shown at the highest levels of local, state/provincial, or national governmental authority, as against 115 males, a gender ratio of 9.6 to one.

While the focus lasts —rightly—on the TOI's clickbait headline and its bizarre follow-up, all of us who consume media and films would be failing as citizens if we did not use this trigger to introspect on the routine way our films promote sexism.

Gautam Chintamani is the author of Dark Star: The Loneliness of Being Rajesh Khanna (HaperCollins, 2014) that is out next week.