The Omicron variant was first detected in India in Bengaluru with two people testing positive for it comprising a South African national of Indian origin and a doctor. 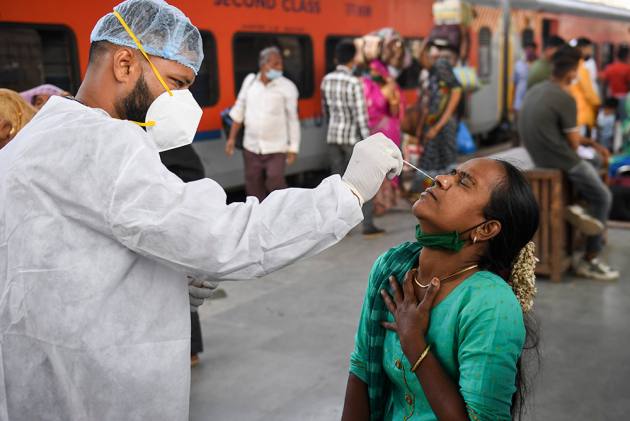 Maharashtra reported two more fully vaccinated people infected with the Omicron variant of COVID-19, with both having Dubai travel history, taking the tally in the country to 40 on Monday.

Both the patients, including a woman, detected in Maharashtra are asymptomatic and were fully vaccinated, the health department added. “Two new cases have been found to be infected with Omicron, according to a report released today by the National Institute of Virology - one from Latur and one from Pune,” the state health department said.

The Pune case is a 39-year old woman, while the Latur patient is a 33-year-old male. Both the patients have a travel history to Dubai, it said in a bulletin. It said three close contacts of both these patients have been traced and all are found to be negative.

The Omicron variant was first detected in India in Bengaluru with two people testing positive for it comprising a South African national of Indian origin and a doctor. On Saturday, Delhi had reported its second case - a 35-year-old man with travel history to Zimbabwe and South Africa - taking India's tally to 33.

Delhi Chief Minister Arvind Kejriwal on Monday said his government will impose restrictions, if required, around Christmas and New Year to curb the spread of the Omicron variant even as he maintained that currently, there is no need for any such measures. He said the Delhi government is fully prepared to deal with the Omicron variant of the coronavirus and he is in constant touch with experts over the issue.

In Kerala, Chief Minister Pinarayi Vijayan said COVID-19 clusters should be identified and genetic sequencing tests increased there. The direction to the health department was given by the CM during the COVID review meeting held during the day after the first Omicron case was confirmed in the state. The CM also said that all the 36 persons who had come in close contact with the Omicron confirmed patient from Ernakulam were in isolation, a press release said. The patient had arrived in Kochi with his wife on December 6 via Abu Dhabi on an Etihad flight.

Cases of Omicron, which is categorised as a “variant of concern” by the World Health Organisation, have been detected in about 60 countries.