On Friday, Rawat, during a media briefing in Delhi, said the force was ready to call Pakistan's "nuclear bluff" and cross the border to carry out any operation if asked by the government. 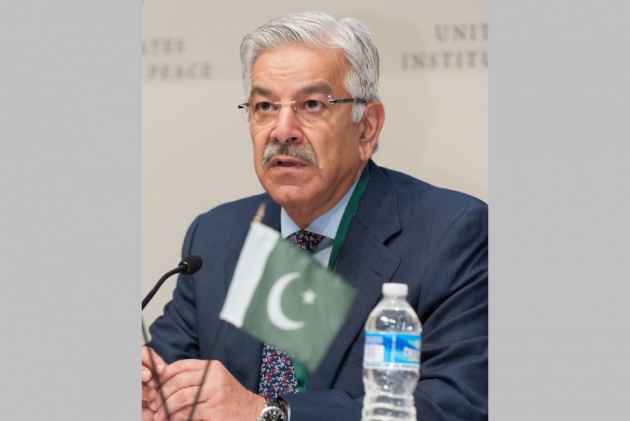 "Very irresponsible statement by Indian Army Chief, not befitting his office. Amounts to invitation for nuclear encounter. If that is what they (India) desire, they are welcome to test our resolve. The general's doubt would swiftly be removed, inshallah," Asif tweeted.

On Friday, Rawat, during a media briefing in Delhi, said the force was ready to call Pakistan's "nuclear bluff" and cross the border to carry out any operation if asked by the government.

He was responding to a question on the possibility of Pakistan using its nuclear weapons in case the situation along the border deteriorates.

"The threatening and irresponsible statement by the Indian Army Chief today is representative of a sinister mindset that has taken hold of India. Pakistan has demonstrated deterrence capability," he tweeted from his personal handle.

"These are not issues to be taken lightly. There must not be any misadventure based on miscalculation. Pakistan is fully capable of defending itself," he said in a second tweet.

This all comes after Inter-Services Public Relations (ISPR) Director General Major General Asif Ghafoor reacted to Gen. Rawat's statement and said such statements were unbecoming of a person of his stature.

"We believe COAS is a very responsible appointment and four-star is a rank with age-long experience and maturity," the Geo TV quoted Ghafoor as saying.

Ghafoor further stated that Pakistan has a credible nuclear capability, exclusively meant for the threat from the east. "But we believe it's a weapon of deterrence, not a choice." (ANI)