December 3 is the International Day for Disabled Persons. 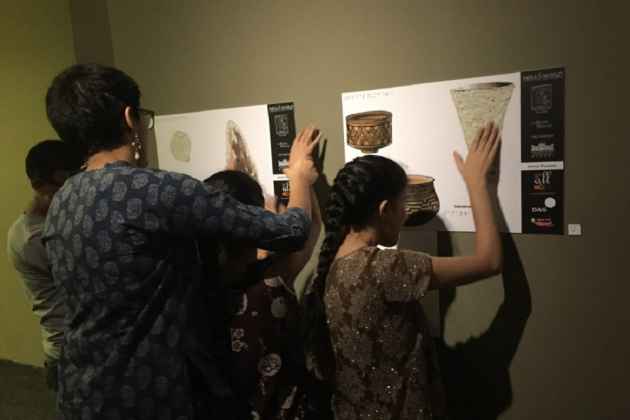 Even as we take pride in the differing talents and proficiencies of the diverse associations of people around us, we are often blind to certain little communities that exist right in our midst. Surviving on a daily diet of garish and mindless publicity stunts, the sighted have to really seek out this group of people - for they won’t proposition you with grand tricks or spectacles. It was an old school-friend of mine who took me to such a quiet enclave, located right amidst the buzz and throng of Thiruvananthapuram city – the Government School for the Visually Impaired in Gandhi Nagar, Vazhuthacaud.

Typical of any specimen from the sighted world, I too expected a dreary place inside. But I was in for a big surprise.

I found myself walking into a landmine of talents, exhibited by kids who were least inhibited by their one missing sense. The cultural event I witnessed there, where the young performers aged 6-12, sang, danced, played musical instruments, mimicked, debated, displayed karate moves and their audience cheered them on and everybody thoroughly enjoyed themselves was a picture of sheer positivity.

What struck me was the kids’ mutual considerateness and ingrained discipline, qualities the sighted have banished from their and their kids’ minds before instituting uncivility and a selfish rat-race mentality in their place. Considering the spate of counselling centres lately burgeoning all around, where grownups and kids queue up to ease their brain and sight duress resulting from information overload, I wondered whether sight is indeed more of an affliction in today’s break-neck world.

Here was a school where kids were still capable of mindful and deep listening, (Braille) reading and meditative study as in earlier times, when we were not under the tyranny of even the television, which now seems but a pale shadow of the addictive internet. I did not see among them one hyperactive kid with ADHD, a modern-day malaise as nothing had yet usurped their time, cheer, productivity or psychological balance.

Until Class 7, the children at the school are trained in a way as to take their blindness as a given and to negotiate the real world outside with their other senses. From Class 8, the kids are sent to mainstream educational institutions. Erik Wehenmeyer, the first visuedally impair person on Mount Everest, said he discovered the patterns on the Himalayan rockfaces with his hands and feet, and not his eyes. Wehenmeyer has made the world understand that there can be a way of life sans sight.

Closer home, Pranjal Patil, who became the Ernakulam sub-collector has proved that blindness need not set limits to a person’s ambitions. The visually challenged are just seeking government support to let them lead independent lives, as a matter of their legitimate citizen rights. The dedicated teachers at the school prod on their super-able wards to excel in whatever natural talent they possess and help them pursue whatever ambition their young minds nurture.

It should be stated here that knowledge accessibility for the visually challenged has vastly improved with screen-reading software etc that can be installed on mobile devices and computers. Though Braille versions of SSLC text books are readily available, it will be a long while before the latest Braille embossers can print books ranging from centuries-old classics to recent journals and research publications to enable in-depth research projects by visually challenged students.

Sensitisation of our legislators towards the needs of the visually challenged and a strong government will so that various government departments can work in tandem to create facilities that enable an independent lifestyle for our friends is the need of the hour.

For example, strengthening wobbly slabs covering roadside drainage gutters is a simple case where the Public Works Department can chip in while sensitising drivers to stop their vehicles to let a visually impaired person cross the street is for the Road Traffic Authority. Websites of railways, airlines, banks, shops, schools, hospitals and ambulances should be designed conforming to visually impaired-friendly standards. In this context, it should be mentioned that the hastily introduced new Rs 100, 200 and 500 notes and Rs 5 and Rs 10 coins have created difficulties for our friends as all these differently valued notes do not have much differentiation in terms of size or texture.

December 3 is the International Day for Disabled Persons. “This year, we would like it if both the state and Central governments go further than merely making blind-friendly legislations copied from the West that remain only on paper,” said Mr Vinod B, Assistant Teacher, Government School for the Blind, Vazhuthacaud, Thiruvananthapuram.

To the Kerala state government, a long-standing demand of activists remain that there should soon be a separate ministerial portfolio for the Welfare of the Handicapped. As of now, Social Welfare and Handicapped Welfare fall as two subdivisions under the Ministry of Health.

(Leena Mariam Koshy is a writer and journalist. Views expressed are personal.)