One of the signature vehicles used by the Indian Army, and other police departments for patrolling, there is hardly a substitute for the vehicle. 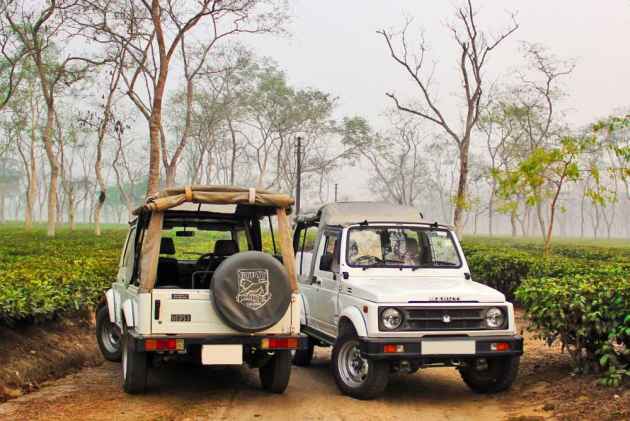 Talking to The Mint, Maruti Suzuki India Ltd officials confirmed that a plan to reinvent next generation Gypsy is on the anvil, but refrained from elaborating further.

The company has already started some projects in India towards this goal. "First we have to concentrate here about how we are going to develop that kind of a vehicle, SUV, that becomes popular. We expect to provide such kind of a vehicle," the official was quoted as saying to the newspaper.

Gypsy, launched in India in 1985, has been a popular choice for light weight SUVs. It, however, flopped at the sales counter after the makers decided against upgrading the vehicle to meet stricter BS IV norms.

One of the signature vehicles used by the Indian Army, and other police departments for patrolling, there is hardly a substitute for the vehicle.

In fact, the MG413W model is now the mainstay of the Indian Army. In civilian use, the Gypsy is a popular choice as a low-cost SUV and is a common sight at rally and autocross events.

In 2017, Tata Motors bagged a contract to supply 3,192 units of its Safari Storme 4x4 model to the Indian Army, under a new category of vehicles named GS 800 (General Service 800), added the report.

As quoted by Autocar India, "There is nothing that can touch a Gypsy off the road, except perhaps an Arjun battle tank.The trouble is that everything else does better on the road - the ride from the archaic leaf springs all round is horribly bumpy and the interiors are utilitarian as well. Gypsy in a loaded condition (>200 kg load) is more comfortable. And available with only two doors, it’s inconvenient too."

Available with a comfortable two-door design, the price of a new Gypsy, if purchased in India, is Rs 6 lakh (according to 201 estimates).

As a 4x4 at this price point, its only Indian competitors are sold by Mahindra Thar and Force Motors Gurkha.

As of 2010, the Gypsy is only available against an order with an advance payment and a waiting period of over 3 months. This has led to the creation of a strong market for used Maruti Gypsys.