One Dead, Six Injured After Shuttering Of Under-Construction Building Collapses In Noida

The incident occurred in the morning when a tractor-trolley carrying sand reportedly hit the temporary fixtures of the building. 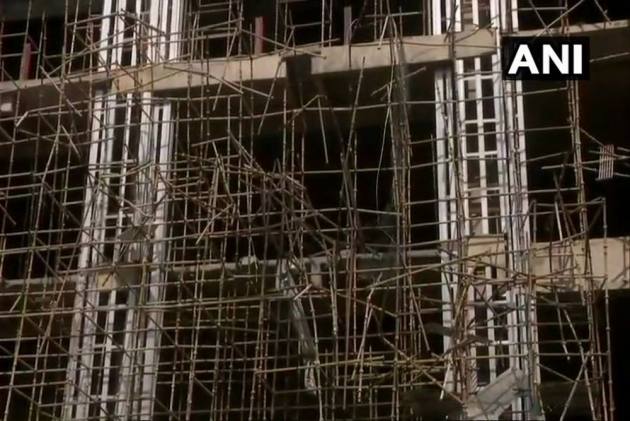 One person was killed and half a dozen more were injured after temporary iron fixtures around an under-construction multi-storey private building collapsed in Sector 94 here Sunday, police said.

The incident occurred at the BPTP 'Capital City' in the morning when a tractor-trolley carrying sand reportedly hit the shuttering (temporary fixtures) bringing down six labourers who were working a few floors above the ground, they said.

"One man, who was driving the tractor, died after the fixtures came crashing down on him, while six others suffered injuries and are hospitalised," Amit Kumar Singh, SHO of the Sector 39 police station, under whose jurisdiction the building is located, said.

1 labourer dead, 5 injured after an accident at an under construction site in Noida's Sector 39 pic.twitter.com/GFv0yfxclq

"The labourers were wearing the helmets but were working without safety harness," the SHO said, adding that no formal complaint was lodged with the police till the afternoon.

Meanwhile, attempts to contact the BPTP, a private real estate company, did not yield any official response.