At present, there are 6,830 doctors working in the state, including those in medical colleges, he said. 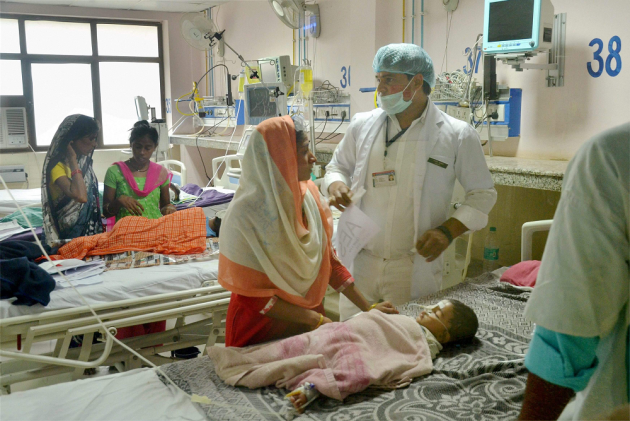 Bihar Health Minister Mangal Pandey has said in the Assembly on Saturday that there is one doctor for every 17,685 persons in the state.

Replying to a query by RJD's Akhtarul Islam Shaheen during the Question Hour yesterday, Pandey said that doctor-population ratio in Bihar is 1:17,685, as against the national average of 1:11,097, PTI reported.

At present, there are 6,830 doctors working in the state, including those in medical colleges, he said.

Shaheen had asked Pandey about the doctor-population ratio in view of World Health Organisation's (WHO) set parameter of one doctor for every 1,000 people.

Stating that the government is committed to fill the vacant posts of doctors in the state, Pandey said 1,805 general practitioners and 665 specialists have been appointed on the recommendations of Bihar Public Service Commission (BPSC) in 2016.