One Plus 5T, iPhone X Or Samsung Galaxy Note 8: Smartphones That Left Consumers Spoilt For Choice In 2017

As the year comes to an end, here are five much-anticipated smartphones that went live in 2017. 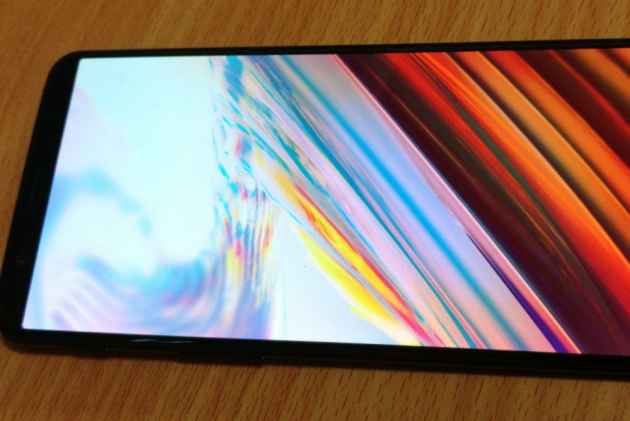 2017 seemed to be the 'year of smartphones', with competitors brazen to increase sales by launching updated versions of their flagship devices.

Right from Apple's anniversary edition of the iPhone X to the OnePlus 5T, consumers were not only spoilt for choices, but also had a trickling down of the most budget friendly offerings to choose from.

With each phone looking to edge out the other through a host of features, it was also a delicate choice for the consumers to make in selecting the brand as well as the device.

As the year comes to an end, here are five much-anticipated smartphones that went live in 2017:

Deemed to be the 'future of smartphones', Apple's anniversary edition iPhone X was launched in September this year, a week ahead of the rollout of iOS 11. The phone equipped Face ID, which will replace the age-old touch ID. Using a combination of infrared cameras and 3D depth sensing technology, the software helps recognize a user's face, or the Face ID, which can subsequently be used to unlock the phone, authorize Apple Pay payments, and even create customised animated emojis, or simply, emojis.

Apple also launched two other phones-iPhone 8 and 8 plus at the same event.

Released on the same day as the iPhone X, 8 and 8 plus, Samsung's flagship device Galaxy Note 8 was a much-anticipated upgrade for its consumers. The device is powered by an Octa-core Snapdragon 835 processor with a 6-GB RAM and 64-GB, 128-GB and 256-GB ROM variants. The flagship sports a 3300mAh battery, with Android 7.1.1 Nougat, upgradable to Android Oreo 8.0 in the foreseeable future.

An upgrade from Moto G5 that was launched in April this year, the G5S Plus gets two 13MP sensors at the back, instead of one, where one is a monochrome lens and the other is RGB sensor. Other features of the camera include f/2.0 aperture, dual LED flash and support for 'bokeh' style photos.

Among other devices launched by the company are Moto E4 and E4 Plus in July, and Moto X4 in November.

A refinement of OnePlus 5 launched in June, the OnePlus 5T, which was launched in November, introduced a 6-inch Full Optic AMOLED Display with an 18:9 aspect ratio to deliver a more immersive viewing experience, all while keeping a form factor similar to that of the earlier version. While the main camera is similar to that of the OnePlus 5, a secondary camera has been added equipped with a large f/1.7 aperture for superior low light photography. With Intelligent Pixel Technology - first implemented on the OnePlus 3T's front camera - the OnePlus 5T's secondary camera merges four pixels into one, reducing noise in low-light environments and enhancing clarity.

Meanwhile, the operating system, OxygenOS, comes with Face Unlock, which allows OnePlus users to unlock their phone just by looking at their device. One of the fastest on the Android market, Face Unlock uses over 100 identifiers to unlock the OnePlus 5T.

An upgrade from the Honor 9, Honor 9 Lite, launched in December, with a 5.65-inch touch screen display with a resolution of 1080 pixels by 2160 pixels at a PPI of 428 pixels per inch. It is powered by 1.7GHz octa-core HiSilicon Kirin 659 processor and it comes with 3GB of RAM.

The device comes with a 13 MP primary camera on the rear and a 13 MP front shooter for selfies. It runs on Android 8.0 and is powered by a 3000mAh non removable battery.(ANI)