Only Through Establishing Peace Can We Really Honour The Legacy Of Vajpayee: Imran Khan

In this moment of grief following the demise of Atal Bihari Vajpayee, I stand with the people of India, said Khan. 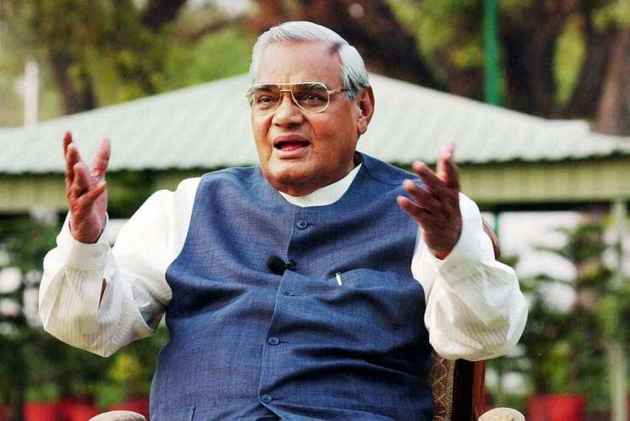 Pakistan Tehreek-e-Insaf (PTI) chairman Imran Khan on Thursday offered condolence at the demise of former Indian Prime Minister Atal Bihari Vajpayee and said the best way to honour the "towering leader" is by establishing peace between India and Pakistan.

In a statement, Khan said Vajpayee was a known and respected political personality of the subcontinent and his attempts for the betterment of India-Pakistan relationship will always be remembered.

He added that Vajpayee, as a Foreign Minister, took the responsibility of improving India-Pakistan ties.

"As Prime Minister, Vajpayee sahab took the initiative to further improving Indo- Pakistan relations. With the death of Vajpayee sahab, South Asian politics now left with a huge political vacuum. There can be political differences but both sides of the border want peace. It is only through establishing peace that we can really honour the legacy of Atal Bihari Vajpayee. In this moment of grief following the demise of Atal Bihari Vajpayee, I stand with the people of India," Khan said in a statement.

Meanwhile, Pakistan's Foreign office in a condolence message said that Vajpayee will be remembered as a renowned statesman who contributed to bringing a change in India-Pakistan relations.

"We have learnt with sadness the passing away of Mr. Atal Bihari Vajpayee, former Prime Minister of India, who was undergoing treatment in a hospital in New Delhi. Mr. Vajpayee was a renowned statesman who contributed to bringing a change in India-Pakistan relations and remained a key supporter of SAARC and regional cooperation for development. The Government and people of Pakistan extend their heartfelt condolences to his family and to the Government and people of India," the Pakistan Foreign Office statement said.

In his efforts to bring peace between the two countries, Vajpayee had travelled to Lahore in the inaugural Delhi-Lahore bus service on February 19, 1999 to attend the Lahore Summit. Vajpayee was received at Wagah by then Pakistan Prime Minister Nawaz Sharif.