Aam Aadmi Party leader Atishi says what has really changed for her over the years is an understanding that some of us are far more privileged than we realise and “we need to look around the world a little more”. 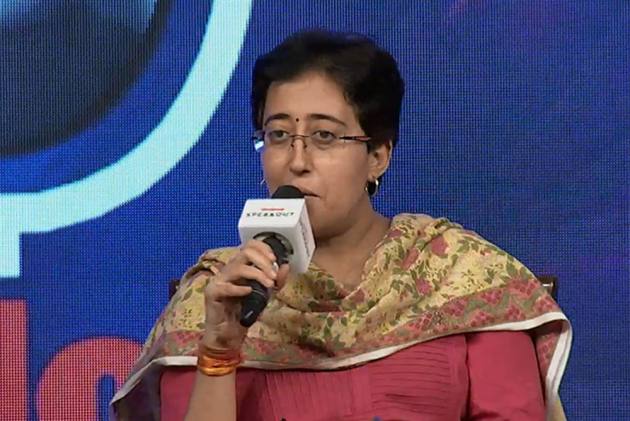 Stressing on the importance of girl’s education in India, Aam Aadmi Party (AAP) leader Atishi said that only when we realize our privilege, we will able to make a change for others.

Speaking during a panel discussion at Outook Speakout on Friday,  Atishi, who has been credited with transforming Delhi’s public education as an advisor to the AAP government, recounted her experience working with government schools in the city.

“Anyone who sends their children now to government schools usually does it because they can't afford private education. I went to a government college where 350 out of 400 girls said their brothers go to private schools.”

“Last year some girls came to me who had failed class 9th exam twice or thrice and they asked me to come up with a new policy through which we can take admission in school again. If we don’t get admission, we will be married off. These are girls who are studying in the natonal capital. There are many girls who still work at home.," she said.

Atishi says what has really changed for her over the years is an understanding that some of us are far more privileged than we realise and “we need to look around the world a little more”.

“Only when we recognise our privilege, we will be able to make a change for others,” she said.

Atishi, who is AAP’s candidate from East Delhi for the 2019 Lok Sabha elections, said that what bothered her living in a city like Delhi was the fact that she couldn’t step out after 8 in the night.

The Outlook Speakout panel, moderated by Sairee Chahal, founder and CEO of the online women’s community, Sheroes, also included Parvathy, Malayalam actor and core member of Women in Cinema Collective, Vani Tripathi, actor and board member of the CBFC, Divya Spandana, Kannada actor, former Member of Parliament and the chief of Congress IT Cell, and Congress leader and Member of Parliament, Ranjeet Ranjan.