More than 4,000 pilgrims were present at the Badrinath temple on Saturday to witness the closure ceremony. 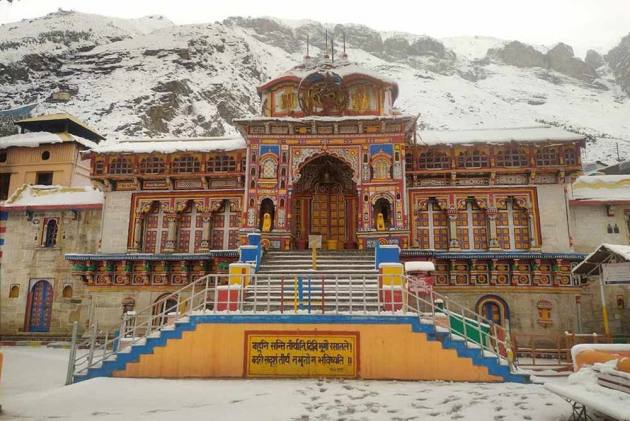 With the winter season closing in, the government authorities have decided to close down all portals to Badrinath, bringing down the curtains on this year's Chardham Yatra.

Rawal Ishwari Prasad Namboodiri conducted the elaborate rituals that lasted throughout the day before closure of the temple gates for visitors exactly at 6.45 pm, a Devasthanam Board official said.

A total of 1,97,056 pilgrims visited Badrinath temple this year. The closure of Badrinath marks the end of the Chardham Yatra season as it is the last of the four Himalayan temples to be closed in Uttarakhand. Kedarnath, Gangotri and Yamunotri have already been closed.

Chardham Yatra was opened for pilgrims as late as in September this year due to the second wave of Covid. Since September 18 when the yatra began for devotees, 5,06,240 pilgrims visited Chardham this season.