While the government and the security lobby are either unable or unwilling to review the strategy against alleged Maoists, there is little doubt that we need to look beyond the rhetoric of insurgency and development. 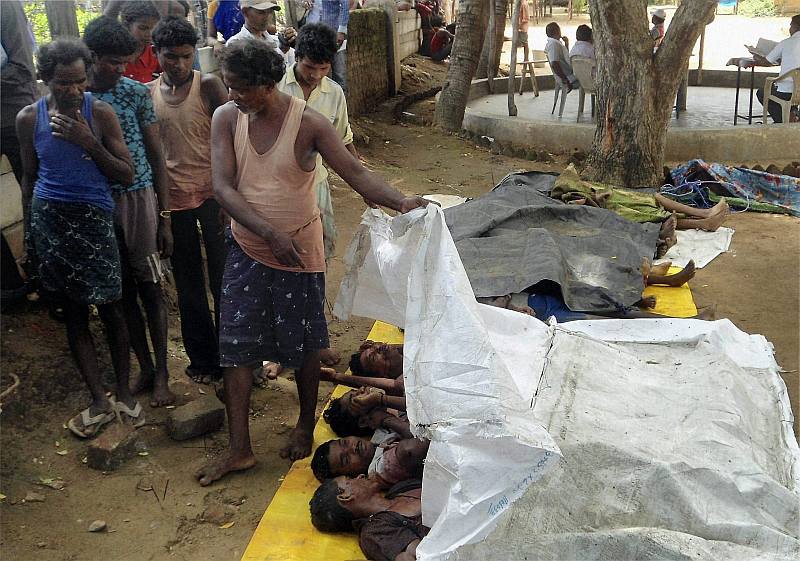 The jaded and seemingly endless debate on the Maoist menace has been revived with the union home minister announcing the ‘killing’ of three important Maoists in Chhattisgarh and praising CRPF jawans for their courage and skill. To his acute embarrassment, and certainly not for the first time, reports from the ground appeared to contradict him. While a team of Chhatisgarh Congress described the encounter as ‘completely fake’, a report in The Indian Express today under the headline, Top Naxals are two 15-year old toppers, questions the senselessness of it all.

While the government and the security lobby are either unable or unwilling to review the strategy against alleged Maoists, there is little doubt that we need to look beyond the rhetoric of insurgency and development. A track II plan of action, if you like.

I for one am convinced that the ‘solution’ to the Maoist menace lies with Ajay Maken, the minister for sports and youth affairs, and agriculture and animal husbandry experts, not with the trigger happy security forces. The solution actually lies with the universities and the research institutions, sociologists and social researchers, much more than the myopic home ministry mandarins.

Allow me to explain. It is common knowledge that Maoist strongholds are remote, inaccessible, forested and with little or no infrastructure. The areas lack roads, power, education, health and medicare facilities. Government officials are reluctant to work in these areas, which have been neglected for a long time. The only ones who are interested in these areas are the mining and the forest mafia, eager to exploit the natural resources and, if possible, drive the tribals deeper into the forest. And of course contractors, who are ever-ready to claim full payment for half-finished or unfinished work and who, if ever caught in the act, pass the blame to the Maoists.

While the state is not ashamed at its failure to provide drinking water and deliver welfare schemes and services in these areas, the tribals find it difficult to communicate with the babus and the men in uniform, who are condescending, contemptuous and suspicious of them. With mainstream political parties also vacating the areas, people are left with no option but to join hands with the only organised group available to them, the Maoists.

Equally striking is the failure of academics and universities to conduct studies in these areas. Students and research scholars seem to have done precious little to gain insights into the issues in these conflict zones, although one would think that the research grants would be better spent in conducting surveys and gathering valuable information, that might help decision-makers to formulate policies and programme specially for these areas. Occasional reports in the media can scarcely substitute for well documented, field surveys.

Even without such studies, however, it should be fairly clear what the priorities ought to be. The tribals need help to hone their skills to increase agricultural productivity, get fair prices for forest produce and in marketing them, in improving dairy and poultry keeping besides promoting their traditional handicrafts. Once they see people willing to hold their hand and once they start getting remunerative prices for their labour, the level of distrust is bound to come down.

Sports can play a crucial role in defusing the situation and in providing the youth in these areas an opportunity to show off their natural talent and stamina. Setting up national institutes of sports, stadia, sponsoring tournaments and scholarships should go a long way to ease the tension in these areas. Promoting spectator sports like football, volleyball and hockey will help attract not just youth but also the elders. Recreation and pastimes are as important in these remote areas as in the cities and there is no reason to believe that they will not change the quality of life for the better in these regions.

One is forced to reiterate the point because the state seems to be deaf to reason. The latest encounter in Chhattisgarh, described as a highly successful (satisfying ?) operation by the CRPF, is a case in point. One is not clear what the state has gained by the night operation or what it has managed to prevent. It is not clear what would have happened if the operation had not been undertaken in the first place. Indeed, judging by what has surfaced in the public domain so far, it would be tempting to conclude that the operation achieved little that can be said to have even remotely benefited the state or the people.

First, take a look at the facts. As many as 600 highly trained CRPF jawans from three different camps were ordered to move at night. They were acting on specific intelligence, claim state government officials at the highest level, that several ‘high ranking’ Maoist leaders were attending a meeting in the area. The task was clearly to either apprehend or kill them.

But while the Maoist leaders seem to have escaped the night operation, 20 tribals ( one died in the hospital three days after the encounter) got killed in the ‘crossfire’. It is not clear whether the CRPF jawans were armed with night devices ( one assumes they would not have ventured out in the dark without them) but if the CRPF’s version is to be believed, they opened fire in self defence and that it was not possible for them to discriminate in the dark between innocent civilians and Maoists.

Let us ignore for the time being the survivors’ version that the security personnel had surrounded them at the crack of dawn and opened fire immediately without any provocation. For one thing, they will never be able to prove it; and, for another, their version will always carry less weight than the security forces'. After all, the latter were acting in ‘national interest’ while the tribal villagers were paying the price for keeping the company of outlaws.

The dilemma of the CRPF is easily understood. The state wants them to act and account for the enormous investment made on their training, upkeep and deployment. It will not do for them to go on Long Range Patrols and return to the camp, with nothing to show. They surely cannot be fighting ghosts. They need to show bodies. They need to put on record that they are not just sitting on their behinds and doing nothing to protect the state.

The dilemma of the villagers is equally stark. With the state having abdicated its responsibility and doing nothing for their health, education, livelihood—and the bureaucracy and the judiciary too slow, corrupt and convoluted to deliver services or justice—they have no option but to side with the ‘jungle party’ or the Maoists, who at least are visible and provide them some kind of mechanism to resolve disputes. But by attending meetings called by Maoists, or by feeding them or by escorting them through the forests, the villagers only succeed in sealing their fate. They are known by the company they keep and whatever be the level of their involvement, they too are deemed to be closet Maoists, considered as dangerous to the state as the insurgents.

That is the reason why the state will never say sorry to the kith and kin of the villagers killed in Chhattisgarh last week. If at all there were collateral damages, and civilian lives were lost, it would go into official records as an unfortunate fallout of a strategically necessary operation. Amen.