His statement came 10 months after US President Donald Trump in a controversial move said the US would recognise Jerusalem as the capital of Israel. 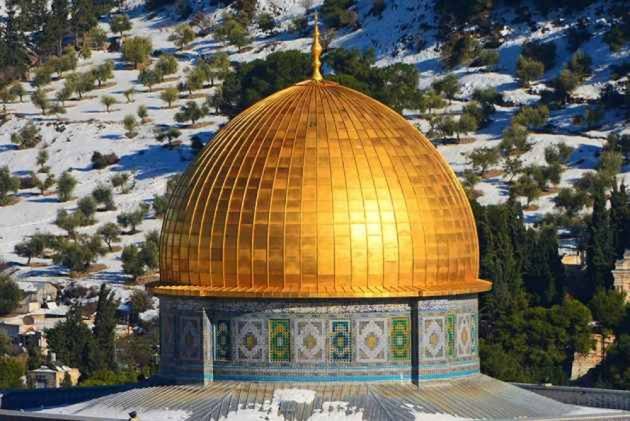 Prime Minister of Australia Scott Morrison on Tuesday indicated that he is open to the idea of shifting the country's embassy from Tel Aviv to Jerusalem and recognising the holy city as Israel's capital.

Morrison said he was "open-minded" about moving the embassy while insisting that he remains committed to a two-state solution.

His statement came 10 months after US President Donald Trump in a controversial move said the US would recognise Jerusalem as the capital of Israel.

The new US embassy in Jerusalem was opened in May despite widespread protests by Palestinians about the decision.

Morrison said it was suggested to him by Indian-origin former Australian ambassador to Israel, Dave Sharma, who is a candidate for the prime minister's conservative Liberal Party in a crucial by-election this week.

"The government will carefully examine the arguments put forward by Australia's former Ambassador to Israel, Dave Sharma, that we should consider recognising Jerusalem as the capital of Israel, without prejudice to its final boundaries, while acknowledging East Jerusalem as the expected capital of a future Palestinian state," he said.

"Specifically, the government will examine the merits of moving Australia’s embassy to West Jerusalem, in the context of our support for a two-state solution. Any decision will be subject to a rigorous assessment of the potential impact of such a move on our broader national interests," he addded.

"The Government will review, without prejudice, Australia's approach to the Joint Comprehensive Plan of Action (JCPOA), to determine whether our current policy settings remain fit for purpose. The review will reassess whether the Plan remains the best vehicle to address the international community’s concerns about Iran’s nuclear ambitions. The Government aims to finalise and announce the findings of this review by December this year," he said.

Morrison also announced that Australia would vote against a United Nations resolution this week to recognise the Palestinian Authority as the chair of the Group of 77 developing countries.

However he confirmed Australia remained committed to finding a two-state solution to Israel’s conflict with the Palestinians.

Meanwhile, Indonesia, which is a strong supporter of a Palestinian state, raised concerns which could derail the ongoing trade deal with Australia.

A Palestinian delegation to Australia also warned against the relocation and in a statement a representative Izzat Abdulhadi, said it as "short-term political gain" that would be "outweighed by the detriment both to Australia's international standing".