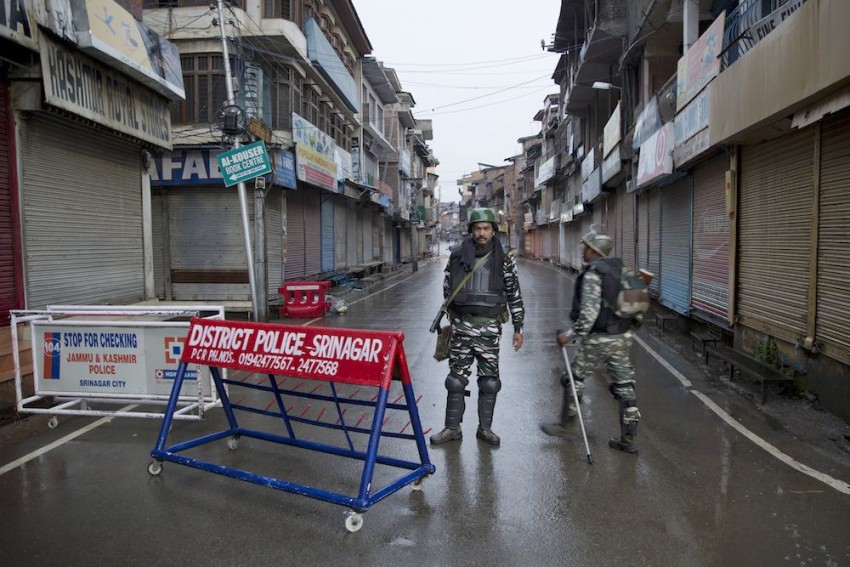 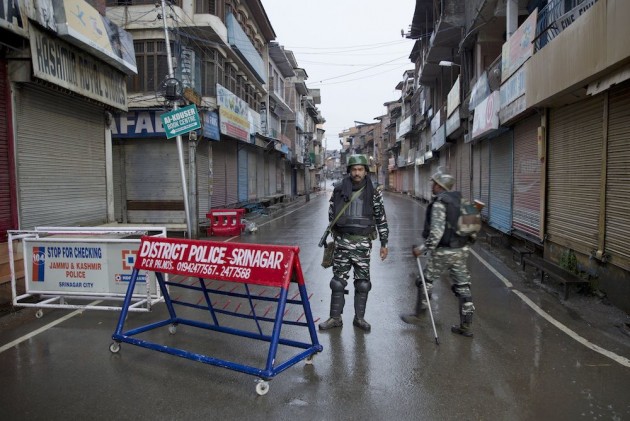 Union Home Minister Amit Shah told the Rajya Sabha on November 20 that normalcy was restored in Jammu and Kashmir. He claimed that none was killed in police firing since August 4; government offices and courts were fully functioning; 36,192 cases were heard and orders were delivered in 500 cases; and although 5,161 were arrested, only 609 were still under detention.

Minister of State Kishan Reddy added that Farooq Abdullah, Member of Parliament from National Conference, could not attend this Parliament session since “he was among persons that authorities had to detain in the national interest”.

Two days later, former BJP foreign minister Yashwant Sinha refuted the “Normalcy” claim while on a four-day visit to the Valley with his colleagues to make an independent assessment on the financial losses incurred by farmers, industrialists and citizens after the abrogation of Article 370 on August 4.

In September this year, Sinha and his team were stopped at Srinagar Airport. This time he was allowed to enter Srinagar and speak to Farooq Abdullah on telephone but was not permitted to meet any of the detained leaders.

Why should there be such a divergence between the perceptions of the present BJP-led government in New Delhi and a former senior member of the first BJP cabinet under Prime Minister Vajpayee? The answer lies in the dissimilar approaches towards human rights that one witnesses among right-wing groups all over the world.

History teaches us that “Majoritarianism”, exclusion of minorities from governance and that individual interests should be subordinate to the States’ policies were the unexpected off-shoots of the concepts of “sovereign nation” and “nationalism”. The notion of “sovereign nation” was born after the 1648 “Peace of Westphalia” which ended the “Thirty Years’ War”.

The Westphalian concept was further helped with the development of nationalism in Europe from 1848 when several movements simultaneously sprang up against foreign domination. This was also called “The 1848 Revolution”, giving birth to new nation-states like Romania, Montenegro and Bulgaria.

Unfortunately, this also led to a militant brand of nationalism based on narrow racial, religious, ethnic and linguistic concepts as mass majoritarian movements which wanted to exclude minorities. While a revolution helped nationalism, it also resulted in clashes.

Oxford professor Margaret Macmillan in her illuminating book “Paris 1919: six months that changed the world” quotes how the Polish nationalism-Catholicism collided with Bolshevik revolution in 1919-1920 resulting in unexpected problems for minorities.

The 1919 Paris peace talks, which tried to redraw the World Map after the First World War, resulted in 30 million Europeans left in other states as ethnic minorities, “an object of suspicion at home and of desire from their co-nationals abroad”. The “Versailles Treaty” (1919) gave German majority areas like West Prussia, Western Posen, Upper Silesia and the Free city of Danzig to Poland. The 1921 “Treaty of Riga” between Poland and Russia saw huge minorities like Ukranians, Jews and Byelorussians within a new Poland.

Mass Majoritarian nationalist movements started in Italy in 1922 when Benito Mussolini copied Giuseppe M. Garibaldi’s unsuccessful “Red Shirts” March in 1860 for unifying Italy. Mussolini marched with “Black Shirts” to capture the power and establish a fascist rule. He also claimed that he could unify Italy which neither Mazzini nor Garibaldi could achieve.

Mussolini, and later Hitler, practiced the “Iron Law of Oligarchy” expounded by Robert Michels, German born-Italian sociologist, who believed that true power should be concentrated only among the elite and that State policies should over-ride individual liberty. Most of the extreme right-wing groups all over the world believe that human rights have no priority over what the State decides.

On the other hand, atrocities during and after the Second World War led to the drafting of UN Charter on June 26, 1945 to declare that the fundamental objective of the United Nations was “to save succeeding generations from the scourge of war" and "to reaffirm faith in fundamental human rights, in the dignity and worth of the human person and in the equal rights of men and women".

What we see in Kashmir is the clash between these two schools of thought.

West Bengal: If Bypoll Results Are Any Indication, It Won't Be Easy Road To Power For BJP In State