To empower women, we need to felicitate those who had the courage to speak out and to punish those guilty of perpetuating the oldest form of violence towards women. 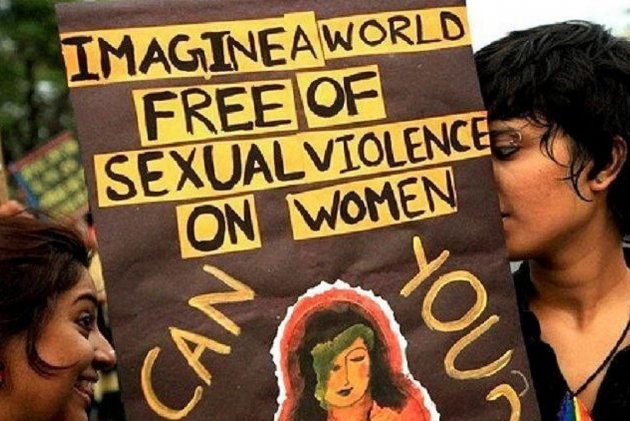 As I sit in my comfortable Lutyen’s Delhi home, my daughter and I are watching a rare clear blue sky with different clouds being interpreted as her favourite animal. Then I read a news flash that sends shivers down my spine and makes me wonder about the safety of my own young one. She is five and maybe one day two decades later she could be at the receiving end of the gaze of powerful man who would use his position to sexually exploit her. The probability of that happening is less than her chances of being in a car crash. But this is the reality even though one hopes it doesn’t come true. That doesn’t scare me because my wife and I hope we can raise her to understand the world around her, in all its shades. Yet what does scare me is that if we do raise her the way we would want and ensure that she is empowered enough to be able to speak out against powerful men who young girls are easy prey, would she have to suffer seven years of sheer torture and still come out without even the dignity of justice?

Do you remember what you looked like seven years ago, what clothes you wore or even the phone you used? You would only have a vague memory, just like you did about the Tarun Tejpal case, maybe reading about it. The judgement has been pronounced and I have little to comment on the verdict itself. Yet the delay, the tribulation of the entire process makes my heart go out to the girl who spoke out and fought for her right to be 'a person who can choose'. Think of a time, when #MeToo was nothing more than a symbol of agreement. Think of the hard choices of a young girl who fought simply for her right to have an anti-sexual harassment cell committee set up under the Vishaka Guidelines to investigate the matter. Where even in his apology Tarun Tejpal wrote “a colleague's daughter, and then as a colleague in my own office… I apologise unconditionally for the shameful lapse of judgement that led me to attempt a sexual liaison with you on two occasions”.

The tragedy of this case starts right from the dastardly deed itself. A family friend and your boss assault a woman (I use the word in cognisance of the law), the psychological impact on the girl will lead her to doubt herself and then a second assault the next day. Imagine the anxiety and stress of raising her voice and asking for an investigation (ironically and sadly in a newspaper set up to further the cause of investigative journalism). The victim again raises her voice because she rightly feels that his apology attempts poorly to disguise it as a liaison and not one of molestation. Seven months is all the time Tejpal spent in Jail as he got his bail, in spite of the apology that he wrote so well (his flair with writing is most visible in this email) which even though self-incriminating, as an extra-judicial confession, today seems disregarded with the verdict.

Much has been said about the lack of victim rights in India, and they are often seen as ancillary. However, the question that needs to be answered today is why did it take seven years for the courts to pass the judgement while the perpetrator got away with only seven months of jail time? Why the need for Supreme Court intervention not once but three times including one in 2016 which directed for the case to be completed within 8 months of charge sheeting. Serious contempt of court should have been invoked, sadly it was not.

Imagine if this was your daughter, as I thought of mine, and your heart will go out like mine. To empower women, we need to felicitate those who had the courage to speak out and to punish those guilty of perpetuating the oldest form of violence towards women. Punishment may seem a bad word today, yet maybe it needs to be used. Role models are made in landmark cases like these; the question we need to ask ourselves is if whether we would like to have our daughters grow up in a world where their role models are the brave, young girls who speak up rather than the sleazy bosses who use the confines of an elevator to perpetuate their dastardly deeds and then get away with it.

(Rai Mahipat Ray is an IAS officer. Views expressed in this article are the author's own and do not necessarily reflect the views of Outlook Magazine.)