A First In History: Negative Oil Price, Yes. But Will You Get Money While Buying Petrol?

The negative oil price has also highlighted the failure of Organization of the Petroleum Exporting Countries (OPEC+) and G20 to bring about the oil balance for supply and demand. 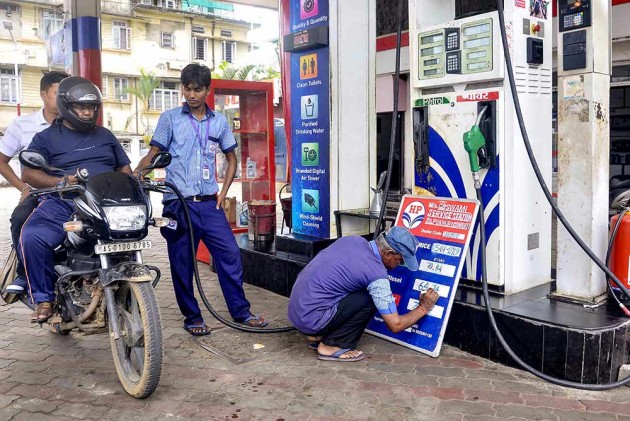 Everyone -- from a common man to an oil pundit, was surprised when oil prices went into negative territory on April 20. Some motorists believed that petrol will get cheaper and they will be able to buy it for Rs. 33.68 per liter -- since one only has to pay for the excise duty, dealer commission and VAT. Some may have even thought that they will be paid money for buying petrol, since the US benchmark West Texas Intermediate (WTI) fell to an unimaginable low of minus $37.43. But keeping the humor aside, let us see how this event came about and what its implications are.

Negative oil price will certainly be a historic event, though it does not deserve to be one. It has never happened in history that a seller has to pay buyers while selling a valuable commodity like oil. If one looks at the underlying reason for this negative price, it becomes clear why this is just an aberration and unlikely to repeat in the future.

One is tempted to compare the negative oil price to sellers paying buyers for surplus electricity in markets like Germany and Spain, which have a large percentage of renewable solar and wind energy. In the case of electricity, it is because of the intermittent nature of power generation and the likely grid failure if the power is not evacuated; there is some justification. But it is not easy to rationalize the negative oil price.

On Monday, April 20, when WTI started to fall soon after the market opened, from $18/barrel to a single digit and then to zero, many who were not familiar with the futures market were surprised. However, when it started to go into negative territory, even the traders were shocked.

This unimaginable event took place because May WTI futures market would expire the next day. Those who had agreed to buy crude oil had to take physical delivery of oil from the buyers. Usually, when the supply and demand is balanced, and there is no shortage of storage, such outstanding deals would not create any problem, but the situation this time was different.

Physical delivery of WTI takes place in a little known town of Cushing, Oklahoma, and the storage capacity of about 80 million barrels was fast getting filled there. It was the storage limitation factor in Cushing which forced the speculators holding long position to pay money to buyers.

Unlike WTI, Brent futures market did not collapse, though it did decrease by 8.9%. Brent is a benchmark for international crude oil trading and it closed at $26 per barrel -- $63 per barrel above WTI. In recent months, the difference between WTI and Brent prices had been around $5 per barrel. This is another history first. Unlike WTI, Brent futures can be settled in cash and also in physical delivery. Because of this flexibility, Brent did not show any aberration like the one by WTI.

However, the negative oil price has certainly highlighted the failure of Organization of the Petroleum Exporting Countries (OPEC+) and G20 to bring about the oil balance for supply and demand. When OPEC+ announced that their members had agreed to reduce oil production by 9.7 million barrels per day (mmbd) in May and June, and then by 8 mmbd from July to December 2020 and then by 6 mmbd from January 2021 to April 2022, such massive cuts were a first. OPEC+ has never agreed for such cuts and there has never been a non-OPEC+ member of G20 agreeing to join the efforts to support a higher oil price.

It did not take much time for the oil market to realise that agreed production cuts by OPEC++ (OPEC+ and G20) were too little and too late. Because of the coronavirus-enforced lockdown, world oil demand in April had already fallen to 25 to 30 mmbd (it was around 100 mmbd prior to Covid-19 pandemic). Unless the lockdown is removed and economy recovers, oil demand may not increase enough to bring about a better balance.

After the OPEC+ agreement, there was a feeling that Russia and Saudi Arabia, who were engaged in a price war in early March, had given up their race to increase the market share. But that was not to be. Even after Donald Trump negotiated the OPEC++ agreement, both Russia and Saudis were aggressively competing to increase their market share by increasing their production to the maximum capacity. However, in non-OPEC producing countries like the US, Canada and Brazil, market-driven forces compelled them to reduce production but it was a drop in a bucket in comparison to the demand drop.

There was a scramble for available storage space in Rotterdam, Caribbean, Singapore. VLCCs were also in high demand to store oil. However, it was in Cushing, the physical delivery point for WTI, where the storage limitation was felt acutely to result in negative oil price.

While lower oil price is certainly beneficial to oil importing countries like India, oil producing countries will face a financial crisis. However, such financial crisis can have consequences even on non-producing countries. For example, when Gulf producing countries like Qatar, Kuwait, Saudi Arabia and UAE have a deficit in financing, first casualty will be the expatriates working there. Many of them will be laid off and sent back to their home countries. Breakeven cost of producing oil for Saudis is only $3 per barrel. But their social breakeven cost is $84/b. This gives an idea of what impact lower oil price can have on Saudi economy. OPEC member countries like Nigeria, Iraq, Libya, Venezuela and Angola will certainly face civil unrest. Some of them may even witness a regime change.

It is high time that serious thought is given to challenge the way oil price is “discovered” through the futures market. Before 1983, the year futures oil market was established, oil prices did not show such volatility as seen recently with the negative oil price. Oil futures market has been used by speculators as a casino and not an economic tool to discover the price. We should use the latest event of negative oil price to bring about changes in the way futures market is behaving. Perhaps, we should consider even dismantling it and to replacing it by a less volatile and more stable mechanism. Oil price is too important for the world economy to be left to the greed of speculators.