A Jab Of BCG Worked Better Than Plasma Therapy, And There’s Proof! 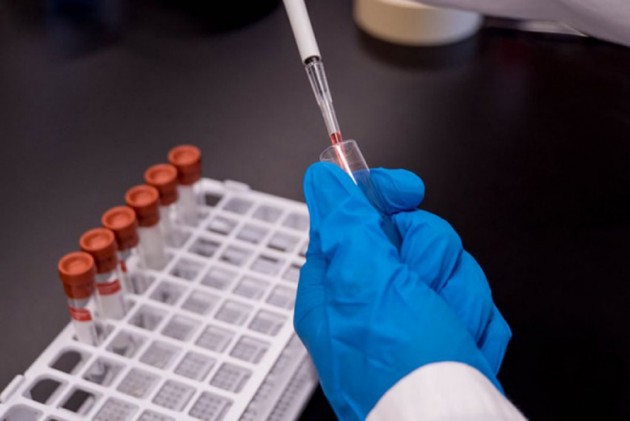 What a year 2020 has turned out to be! As the new decade dawned upon us, we all were beaming with joy and hope that the development of science and technology will take us to the next level of life. We dreamt of flying cars and video calls with a 3D touch. We envisaged new communication styles and hoped scientists will find the cure to cancer or genetic cloning will take us closer to immortality!

We, the human species, the eternal narcissists, consider ourselves at the apex of the biological ecosystem. We have considered ourselves as the supreme most species of the biological evolution for millions of years. But our delusion has been shattered to pieces, as the Novel SARS CoV-2 Virus, a single stranded RNA, encapsulated by a lipid layer, brought our lives to a standstill.

A virus - a simple particle, which can't even survive on its own without a eukaryotic host body - had proven its supremacy over the most intelligent and evolved species of the century. Is that God’s way to dish out poetic justice? No matter what, it’s in nature that we must trust and bank on some time-tested formulas that’s kept mankind free from the clutches of ultimate truth of life, death!

In A First In Five Months, India Records Less Than 27,000 Daily Covid-19 Cases

Evolution, as Charles Darwin said, is the survival of the fittest. With global warming and the rise of earth’s mean temperature, new species of organisms - bacteria, virus, parasites will continue to come to roost. As history shows, every 100 years, the world gets hit by a pandemic due to a genetic shift of the DNA/ RNA and an uncontrollable contagion breaks loose - the Black Death, Spanish Flu, to name a few.

Added to this, the high rate of mutation that a virus like SARS COV-2 undertakes after entering the human body leaves us pondering, what next? We really don't know how it will manifest and to what medication it will react. This has led to a plethora of presentations of COVID infections. As a clinician, it becomes a perplexing task to pick up the diagnosis - the case could be asymptomatic, have a loss of taste or smell, can have fever and cough, or present as diarrhoea, and in others as simple myalgia.

Conventional RT-PCR takes at least 24-48 hours to pick up the infection. When Rapid Antigen Test came into the market - which claimed to give us the result in minutes - it gave us a hope, but the high rate of false negatives soon proved its inefficiency.

As India plans to launch FELUDA based CARD Test, a simple card test with 99% efficiency which provides results in 2-5 minutes, that too at a minimal cost, brings a ray of hope. Since there is no treatment for the virus, prompt detection and isolation are the only modus operandi to contain this contagion.

The biggest hurdle to the management of the pandemic has been the increasing cases of the doctors on duty getting infected. With the dwindling workforce due to morbidity and mortality of the health care staff, it has become a major challenge. India have lost over 700 doctors!

Curious at the low rate of morbidity and mortality in the developing countries, and encouraging studies abroad, I undertook an experiment at the Noida COVID Hospital. After an informed consent, all the doctors and the health care staff were vaccinated with BCG. Around 150 health care staff have been given the vaccine and till date, none has tested positive for Covid. The rate of infection was as high as 27 per cent to those not administered the BCG. The promising results of the experiment were published in the November issue of the Indian Journal of Applied Research.

The incidence of Covid-19 infection and subsequent mortality is much less in countries with limited healthcare services having universal BCG vaccination programme. BCG vaccine was first given to humans in early 1920s. A review of evidence in early 1990s concluded that BCG vaccine was unreliable in protecting against lung-based tuberculosis, the most common and infectious form of the disease. This led to several countries discontinuing its inclusion in universal immunization programme. Even so the vaccine is very effective in protecting the most severe form of TB such as TB Meningitis and miliary tuberculosis in paediatric age group.

So, countries with high rate of TB infection such as India, Nepal, the Netherland, Japan etc continued BCG vaccination. A single dose of immunization is given to new born babies. The effect of immunization reduced markedly after the age of 20 years. It has been observed that countries which discontinued BCG vaccination policy such as European countries and USA have very high mortality rate. Italy which never had a BCG vaccination programme has been hit very hard, very high infectivity rate in present pandemic with large number of deaths.

It is a known fact that BCG vaccination has a large number of non-specific non-target effects on various bacterial, viral and parasitic infections. There is a strong evidence that BCG vaccination has strong immunomodulatory effects and is being used intravesically for bladder cancer. Its routine use in universal immunization programme has resulted in reduced upper and lower respiratory tract infections. There is also enhanced response to H1N1 influenza vaccine if the person is already received BCG vaccination.

The Novel Plasma Therapy has created a lot of hype. In the latest order of ICMR, the cons often outweigh the pros. With cases rising, dwindling fear, Covid fatigue and general callousness of the public at large, fresh waves are inevitable. It was the case with previous pandemics too.

We all are hoping for a successful vaccine, which would render us the herd immunity and break the chain of transmission. But with the rising cases of Covid reinfections, the question is obvious - if the antibodies produced by the immune system in response to the real virus couldn't protect us, will vaccine even work? The extrapolations are extremely disheartening.

The worst face of the pandemic is not the morbidity or even the mortality, rather it's the loss of human contact and human touch. At a time when patient battles with the illness and the fear of the unknown, he is unfortunate enough to be denied a reassuring hand on the shoulders or companionship of the loved ones. Never did we imagine that death would feel so lonely and cold and a day would come when bidding goodbye to your loved one would be a luxury!

(Dr Renu Agrawal, a MD in Medicine, is the Chief Medical Superintendent of NOIDA COVID HOSPITAL & District Hospital Noida. Views are personal, and do not necessarily reflect that of Outlook Magazine. She tweets @DrRenuAgarwal)