A Moment Of Reckoning For Tech Giants

The fact that the CEO of a tech company can simply pull the plug on POTUS’s loudspeaker displays the deep fault lines in the legislation, regulation and oversight of digital space. 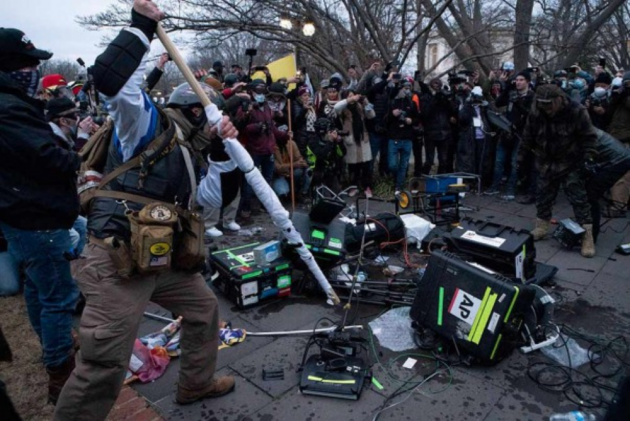 The world is still shocked by the images of protesters storming the US Congress to halt the certification of the next President. If there are any skeptics out there who still doubt that the social media and online platforms have become systemic actors in our societies and democracies, last week’s events on Capitol Hill should answer them.

Social media giants like Twitter and Facebook have suspended President Trump's accounts on the ground that his messages threatened democracy and incited hatred and violence. But it was too late. It took Capitol riots to prod the social media companies to rein in the accounts of a most discordant US President.

Section 230 is a part of federal legislation passed more than 20 years ago. It runs only 26 words long, short and to the point. But it has had an outsized effect on life as we know it. They are the “26 words that created the Internet,” says Jeff Kossett, a cybersecurity law professor at the US Naval Academy and one of the foremost experts on Section 230.

‘Twitter Is Not About Free Speech, Will Not Be Silenced': Donald Trump

“No provider or user of an interactive computer service shall be treated as the publisher or speaker of any information provided by another information content provider,” says Section 230. It offers a broad shield of immunity to social media companies, protecting them from lawsuits over content generated by users on their sites.

With the Capitol riots, the doctrine of Section 230 has collapsed. The co-creator of Section 230, Ron Wyden, a Democrat senator, has had some harsh words for tech companies. He envisioned Section 230 as not only a shield but also a sword, empowering them to actively curtail bad content on their sites. He has been disappointed with tech’s lack of interest in moderating itself, warning them that if “you don’t use the sword, there are going to be people coming for your shield.”

President Trump also wanted to alter Section 230. Trump believed social media sites like Twitter were unfairly biased against conservative speech. Ironically, President Trump was relying on the social media to spread his prejudiced ideas, many of which are either partially or wholly untrue or inaccurate. Last week’s Capitol riots marked the culmination of years of hate speech, incitement and disinformation that were allowed to spread with impunity over well-known social media networks in the US.

Twitter said on Friday that its suspension of Trump's account, which had 88 million followers, was due to the risk of further violence following the storming of the US Capitol. But the move drew criticism from some Republicans for quelling the President's right to free speech.

Regardless of the merits of silencing a sitting President and whether it was the right thing to do - should such a key decision be left in the hands of a tech company, with no institutional oversight? The fact that the CEO of a tech company can simply pull the plug on POTUS’s loudspeaker is an ample evidence of the power of these tech giants. It also displays the deep fault lines in the legislation, regulation and oversight of digital space.

Twitter Inc lost nearly $5 billion in market value on Monday after its move to permanently suspend US President Donald Trump's widely-followed account. "Trump has a very high and loyal following and a lot of those eyeballs will go away if Trump is permanently restricted from posting," said Andrea Cicione, head of strategy at brokerage TS Lombard.

Social media giants have amassed huge profits, by absolving from their ethical duty to weed out hate, bigotry, toxic and prejudiced content - taking shelter under the protective cover of section 230. That may change now, for good. The content and profits of social media giants may get moderated in the days to come.

EU commissioner Breton said the sea change in regulation may prove comparable to the global crackdown on terrorism after the WTC attacks of Sept. 11, 2001. "The fact that a CEO can pull the plug on POTUS's loudspeaker without any checks and balances is perplexing," he wrote in a column for Politico.

It is a moment of reckoning for the tech giants.

(The author is an alumnus of IIM, Ahmedabad and a retired corporate professional. Views expressed are personal and do not reflect that of Outlook Magazine)