A Ray Of Hope In The Darkness

The CJI’s recent remark that the Supreme Court would stand by the people to protect their rights, has provided a ray of hope and has renewed faith in this institution as the protector of the secular, democratic way of life that our forefathers had dreamt of, at the dawn of independence. 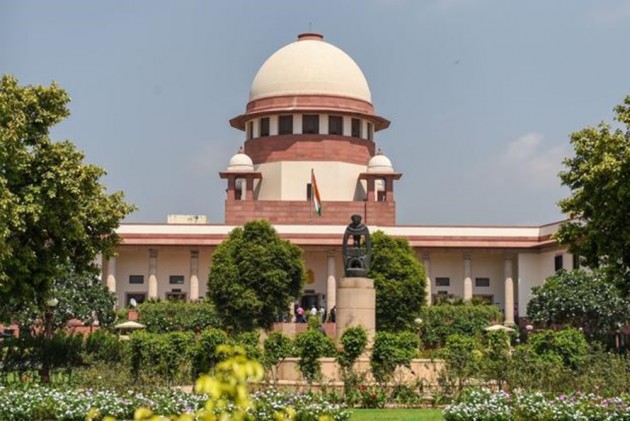 On July 15, 2021, CJI N. V. Ramana, asked Attorney-General K. K. Venugopal and Solicitor-General Tushar Mehta as to why the Union Government needs the ‘colonial law’ of sedition in free India even after 75 years of independence. This question has been asked many a time to the successive governments and also to the Constitutional courts, by all those Indians who believe in the right to question the government and the right to dissent, which are the essence of democracy. However, no satisfactory answer has been given by either of them. In the meantime, people are thrown into jail, put into preventive custody, confined to house-arrest and harassed no ends on dubious charges of sedition in which, so far, the prosecutors have been able to obtain only one conviction since 2007 against hundreds who have been incarcerated for long months and years all over the country. Is this not a breach of people’s right to life and liberty under the convenient cloak of law that, in the very first instance, should not have found a place in the constitution of a democratic republic like independent India?

A constitution bench of the Supreme Court, in the 1962 Kedarnath case which challenged this very law as unconstitutional, upheld the essence of the word sedition mainly by reading down the import of the terms “bring into hatred or contempt” or “to create disaffection towards the government established by law.” Of course, the bench set limits to its scope to those speeches or writings that show a pernicious tendency to create public disorder. By taking advantage of this interpretation, governments over the past 60 years, have put people behind bars by invoking the section even in cases where the accused persons have only written or spoken or expressed their view against a particular law on merit and based on legally recognised basic features of the Constitution itself. And the fallout is the systematic erosion of democratic principles in governance that should have been the inviolable principles of our polity. The protest against the Citizenship Amendment Act 2019 and the large number of protesters arrested on sedition charges and then thrown into jail for prolonged periods, is a case in point.

Justice Ramana’s remark, “the use of sedition is like giving a saw to a carpenter to cut a piece of wood and he uses it to cut the entire forest,” clearly points towards the view that the law of sedition, in its present form, has passed its time. The apex court is now faced with the uphill task of dealing with hordes of petitions challenging this law highlighting its “chilling effect” on the fundamental rights of people to life, liberty, human dignity, and free speech which are the pillars of our constitutional democracy. It is anticipated that for a change, this time, the concern of all right-thinking Indians will find an echo in the hallowed seats of justice and peace as well as the true guardians of our democracy, the Supreme Court, and the High Courts.

Besides this section of the Indian Penal Code, there are other laws from the colonial era that have the same chilling effect on people’s rights and liberties. The Telegraph Act empowers the state to eavesdrop on a person’s private communications besides the post-independence IT Act that requires the service providers to give details of the origin of a flagged twit or post, the proposed amendment of the Cinematograph Act dealing with film certification, the linking of PAN Card and Aadhar Card with individuals bank accounts, all these have direct or indirect effects on people’s freedom of choice and action, having precious little to do with any threat to national security or terror activities. With every other new law, people’s right to privacy and the freedom of expressing one’s opinion on issues affecting one’s personal or community life has been curtailed in the name of national security and territorial integrity. The shrill voice of communal and religious intolerance has prompted proposing and making laws that directly affect people’s choice of food, family size, and even reproductive liberty. Therefore, it is high time that the Supreme Court takes a good look not only at the sedition law but also reviews all the laws - colonial or recent, that tend to chip away people’s rights and liberties.

Another issue that needs some thought is the various Constitutional amendments that have been passed by the Parliament over the last 75 years. Some amendments have already been declared ultra-virus of the Constitution and have been struck down. But the Executive, by taking advantage of the brute majority that it enjoys in the Parliament, has re-framed some of them by paraphrasing the text or by taking recourse to the Directive Principles of State Policy by placing them over the Fundamental Rights and other basic features of the Constitution. A case in point is - many laws that have been passed by the Parliament that some of the state legislatures prohibiting cow slaughter, conversion to another region of choice, inter-religion marriages, etc. Secularism is one of the basic features of the Constitution and the right to practice one’s faith without interference from the State being featured in fundamental rights. Should such laws have been made at all? In a state like ours, where Muslims comprise 35 percent of the population, a draft bill is circulated that prohibits cow slaughter within a 5-kilometer radius of any Hindu temple or religious institution. This is indeed strange because no similar law is being contemplated to prohibit pig slaughter within a similar area of a Mosque. Is this not discriminatory? It is time that the Court takes a call on this matter.

The Constitution makers wanted to keep religion out of state affairs. Late Atal Bihari Vajpayee, the first Prime Minister from the BJP, had categorically said that State has no religion. Hence, there should not have been any state grants or state-sponsored schemes for construction, maintenance of religious buildings, except those declared as national heritage or buildings of archaeological importance, or holding of religious conference, pilgrimage to religious sites, Haj, etc., except facilitation activities like maintenance of roads, rest houses on the way, and transportation facilities against due payments. On the contrary, it has been witnessed that the states spend millions on pilgrimage, Haj, etc., and granting lands for the construction of religious buildings and institutions. These aberrations too, need close attention of the Constitutional courts to see if they are not violative of the basic structure.

These issues cannot be kept in suspended animation anymore. The political-religious climate of the country is vitiated by many such acts of omission and commission on the part of those who are entrusted with the responsibility to run the affairs of the country by fully adhering to the letter and spirit of our secular democracy as enshrined in our Constitution. The higher judiciary is the ultimate arbiter of all our laws and rules and guardians of people’s rights. They must rise to shoulder that responsibility. The CJI’s recent remark that the Supreme Court would stand by the people to protect their rights, has provided a ray of hope and has renewed faith in this institution as the protector of the secular, democratic way of life that our forefathers had dreamt of, at the dawn of independence. Better late than never!