A Sensational Halloween Tragedy And The Tales Handed Down Through Generations

Whenever Halloween comes around, this story, known only to the few, becomes a fascinating account of the life and times of medieval days when Mehrauli was a more prestigious place than even Shahjahanabad. 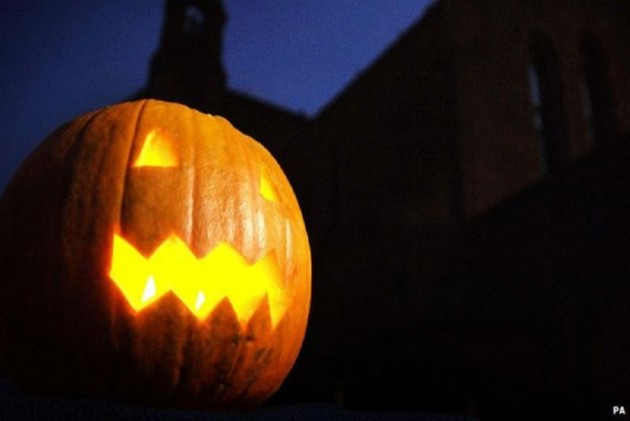 As Halloween approaches, one is reminded of a Thakur of Mehrauli who died under mysterious circumstances during the time Sir Thomas Metcalfe was the British Resident at the court of Bahadur Shah Zafar in the 1850s. The Thakur was discovered dead on the morning after Halloween, which falls on 31 October. The British civil surgeon, who examined him, found a chess-piece (the queen) stuck deep inside his throat. How this had happened could not be explained.

The Thakur’s retainer, however, on being questioned said that his master had over the years become obsessed with chess and kept playing alone the whole night. One Halloween he had announced that it was his last day, as the Queen of Chess, with whom he had fallen in love, would come and take him away with her as per her promise. The retainer wondered how that would happen. But around midnight, after he had dozed off, he got up and found the Thakur lying with a ghastly expression on his face. It was then that he sent word to the civil surgeon who came and declared him dead.

Since then, Halloween acquired a sinister connotation for the residents of Mehrauli, particularly the inmates of the Thakur’s haveli, but now the story is almost forgotten and the day is observed with great excitement in the embassies and restaurants of Delhi, with men, women and kids putting on weird dresses and ghostly pumpkin-heads in a bid to scare each other and passers-by.

It is believed that on Halloween the spirits of the dead come out to haunt their erstwhile habitats prior to the feast of All-Hallows or saints which falls on 1st November, followed by All-Souls Day on 2nd November. So don’t be surprised out of your wits if you see young and old going about in weird fashion in the posh areas of the capital, particularly Chanakyapuri.

Coming back to the Thakur, who is referred to by various names, including that of Bhawani Singh, it is said that he had picked up the ancient chessboard from a friend’s house after a party. The friend was only too glad to part with the heirloom as he was under obligation for the many favours granted to him by the aristocrat, who was well known for his munificence.

The Thakur had just lost his wife and his daughter had eloped with a neighbour. These two events had shattered him and he had become very morose and lonely, passing his days in solitude and drinking heavily in a bid to get over his misfortune. The yarn is reminiscent of Pierre Louys’ story, “A new sensation” about the revived mummy of Callisto, the Egyptian princess, kept in the Paris Museum.

One night, while trying to play a game of chess with himself, the Thakur was suddenly accosted by a most beautiful woman who emerged from the Queen piece and stood in front of him in a flimsy dress of blue. She declared that she was the Queen of Chess and whoever she befriended became hers, both during his life and after his death too.

The Thakur was naturally aghast at what he heard but soon after he went into raptures when the uncanny being began to make love to him on the sleeping room divan. She seemed to be an expert sexual manipulator and thrilled the Thakur to no end till she vanished as suddenly as she had appeared, with the promise that she would come every full moon night to entertain him.

So the Thakur kept waiting for that day. When it came, it became the most exciting one of his life. She asked him one night what he was smoking. “It’s a cheroot”, he said. “Surprisingly enough”, she replied, “the people of ancient times were knowledgeable about most things in the world but did not know the pleasures of smoking tobacco. They were the ones (Aristotle) who had discovered America long before Columbus set foot on the unknown continent. They discovered that the world was round and the power of gravity (Archimedes) and that the earth revolved around the sun and not vice-versa.

The Ancients had also found the hidden pleasures of the flesh which made Cleopatra the high priestess of sex and surpassed Andromache, the wife of Agamemnon, the Greek hero of the Trojan war, who was ignorant of unnatural intercourse and had also outdone the Helen of Troy, the most beautiful woman on earth, in the art of the thrill that the backside of a woman gave to her lover. No wonder, even Helen would have been envious of her had she used her skill on Paris, Prince of Troy, with whom she had eloped”. But the visitant repeated that smoking the weed was not in their knowledge.

Thus did the Queen of Chess dazzle the Thakur who jotted down all this in the diary he kept and which was found after his death. How this masterpiece was lost is not known but the civil surgeon, Dr Hamilton found it most engrossing, though it was written in Urdu, with which the surgeon was well conversant as it was the court language, along with Persian, during the later Mughal era.

The Thakur’s retainer, Ram Singh, who died much after his master, had an inkling of the diary’s worth and probably sold it off to some enterprising British official for a hefty amount. The official probably took it away with him to England after the end of his tenure in Delhi and it may still be an heirloom of his family.

Whenever Halloween comes around, this story, known only to the few, becomes a fascinating account of the life and times of medieval days when Mehrauli was a more prestigious place than even Shahjahanabad. But its full-moon nights are now devoid of the visits of the Queen of Chess for whose love the Thakur lost his life and made after-dinner talk at Metcalfe House a thrilling experience for the likes of Sir Theophilus Metcalfe, the successor of Sir Thomas, who died in 1883 and from whom the late Mrs Beckwith of Ludlow Castle Road in the Civil Lines heard it and related with great relish on Halloween in the 1960s.