A Tribute To Maulana Wahiduddin Khan

Padma Vibhushan Maulana Wahiduddin Khan was an intellectual giant and an erudite scholar who devoted his life to pursuance of principles of peace. 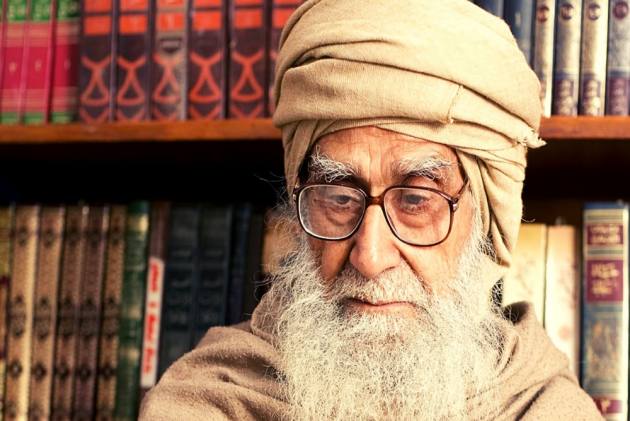 On the night of April 21, 2021, the world not only lost an eminent thinker, scholar and a guide but one of the most ardent advocate of peace. Padma Vibhushan Maulana Wahiduddin Khan was an intellectual giant and an erudite scholar who devoted his life to pursuance of principles of peace. It has been an overwhelming experience to be in the middle of such an outpouring of love and respect and as a family we are deeply grateful.

His lifelong and unswerving commitment to peace was based on his underlying belief that “peace cannot be sacrificed for anything whilst everything can be sacrificed for peace.” His quest for peace which started from a small village called Badhariya (near Azamgarh) and took him around the globe. Wherever he went, he highlighted how “Peace is the summum bonum” (Latin for ‘greater good’) and therefore a perquisite to everything good! And for nine decades, he used every available opportunity to contribute to peace-making, in India and abroad.

The Maulana was the epitome of the principle, ‘Simple Living, High Thinking’. His goal was to be a life-long learner and he chose to lead a modest life, free of all distractions. For those who had met him in his New Delhi house, were often surprised by the austerity of his Sufi lifestyle. Each day, he used to get up at dawn break and step out to sit in his balcony. This ‘Spiritual Corner’ was his way of being in nature and it served as an inspiration for him. He drew lessons from the simplest every day events and conveyed meaningful spiritual principles through them in his unforgettable and powerful baritone. As a scholar, he had the courage to stand for truth, criticize what is saw was wrong and tear apart the influence of the traditional framework he grew in, to develop an objective and analytical bent of mind.

He was of the view that challenges shape the character of man. Having become an orphan very early in life had taught him to not succumb to despair and disappointment but to consider every untoward experience as a challenge and keep hope alive.

He was not just my grandfather but a Guru, who guided me to discover the meaning of life. He laid great emphasis on the importance of education in shaping minds. As a young schoolboy, I was once sitting with him when he asked me if I would like to know a formula of success. I eagerly nodded in affirmation. He said it is a three-point formula and began by writing the first point as ‘Education’, the second point as ‘Education’ and third point also as ‘Education’. In the end he wrote, “… and again Education.”

As a young boy, after the demise of his father, he was enrolled at a traditional Islamic seminary, Madrastaul Islahi in Sarai Mir (Azamgarh) in 1938 to receive religious education. After he graduated, he realized that he had to further his learning in modern disciplines and he engrossed himself in self-study to satiate his quest for knowledge.

As per the Maulana, education is the very foundation of nation building. He believed that acquiring education was not a means of outperforming one another in material wealth, rather it was a means of strengthening character and becoming a responsible member of society.  Such a society, which is an aggregate of virtuous individuals, becomes the first unit of a peaceful nation.

He remained a life-long learner and encouraged spirit of enquiry and curiosity in all his discussions. He held that spirit of enquiry was the bedrock of intellectual development. He always took examples from the world around us and urged everyone to do the same. He often loved sharing a poem on “cow” which he had read long back in his school textbook. His favorite stanza from the poem was “kal jo ghas chari thi ban mein, doodh bani who gaaye ke than mein.” (The grass which the cow ate yesterday has now converted into milk). He used to share this to explain how cow was a divine example of converting a negative event into a positive one. He used to say that a cow presents a perfect example for us to emulate: it never asks but only gives. Similarly, a successful member of society is one who never asks but only gives and discharges his societal duties diligently.

Maulana’s ancestors had played a part in India’s freedom struggle and from the very beginning, he too imbibed nationalist ideas from early on. A Gandhian by nature, his life is full of examples of how he contributed to ensuring peace in society even during most dire circumstances. He took his guidance and inspiration from the original texts of Islam: Quran and Hadith and dedicated his life to present it in the modern idiom. He has done momentous work to dispel the notion that Islam is a religion of peace, contrary to the widespread view, which developed owing to misinterpretation of religious texts. The focus of his writings was to promote inter-faith dialogue, interactive exchange and fraternity. He established CPS International with the sole aim of spreading peace and harmony in society. His relentless efforts transformed minds of thousands of youth who were previously engaged in violence at different levels. He was a peace-loving pragmatist who regarded that a society must observe freedom and openness to allow unhindered flow of creative ideas and thoughts to sustain itself.

While his departing has created a void for hundreds and thousands of his well-wishers around the world, who looked up to him as a visionary, guide and mentor. But his teachings shall be there with us for times to come. As a fervent well-wisher of mankind, his singular mission was to transform the minds of people and develop them into positive and spiritually awakened members of society. This mission, has now devolved upon all of us, in our individual or collective capacity, to take forward. In doing so, we shall not only pay our heartfelt tribute to his remarkable efforts but also honour his life and decades of making a difference!