The protests are largely leaderless but they are comprised of millions of determined individuals who are all standing up for the same thing. 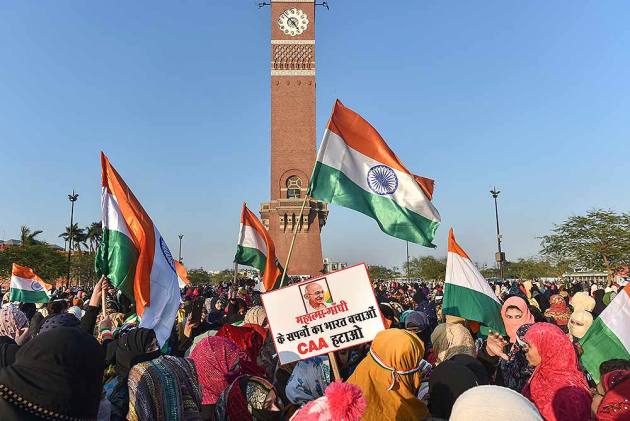 As of Saturday, January 25, the number of 24X7 protests against the Citizenship Amendment Act (CAA) and the National Register of Citizens (NRC) crossed more than 50. There are Indians gathered together in Ahmedabad, Aligarh, Allahabad, Aurangabad, Bangalore, Bareilly, Bhagalpur, Bhopal, Cochin, Darbhanga, Deoband, Dewas, Gaya, Gopalganj-Siwan, Indore, Jabalpur, Kalyan, Kishanganj, Kolkata, Kota, Lucknow, Mumbra, Muzaffarpur, Nanded, Nalanda, Parbhani, Patna, Pune, Ranchi, Sambhal, Samastipur, Tonk and Vijayawada. Some of these cities have more than one protest on. And Delhi has more than a dozen.

This is a mass movement of the kind that India has not seen before. It has committed people participating in peaceful civic action. Even more remarkable, it has no central leadership. Already, the determination and principles of the protesters have forced the Narendra Modi government to back down. The NRC has been more or less shelved. The CAA is in court and three ministers including Ramvilas Paswan and Prakash Javedkar have watered down the National Population Register's (NPR) requirements that parents' place and date of birth be registered.

By any account, this is a huge success, especially against a government with a large majority and positive media behind it. The question is: why are the protesters still on their own and why are the political parties abstaining from joining this mass movement on the ground? Another question is, has this abstention by the Opposition damaged the anti-CAA protests? Let us examine these things.

Opinion: Democracy Is About Difference And Its Celebration, Drowning Voice Can Be Counterproductive

First, let's just consider the fact that of those cities named above, at least half a dozen are in Uttar Pradesh. Most of the violence against the protesters has taken place in that state but its political parties are not on the field. Akhilesh Yadav's Samajwadi Party is totally absent even though it has the potential to mobilise large numbers of young people. The reason is that Akhilesh feels that in UP, the anti-CAA movement will be seen as a Hindu versus Muslim conflict and that his siding with the protesters will mean that he will put off his Hindu (Yadav) voters. This means his party has not been able to benefit from mobilising the support of the protesters.

In Mayawati's case, the issue is slightly more complex. She has made more noises against the CAA than Akhilesh has, but her cadre has been asked to abstain from joining the protesters. She fears a rival in the young and dynamic Dalit leader Chandrashekhar Azad, who uses the name 'Raavan' to show his defiance of caste Hindu culture. He is charismatic and has built a grassroot presence in UP towns that threatens the Dalit base of the Bahujan Samaj Party. Mayawati also senses, rightly or wrongly, that this is not an issue that will particularly upset her voters and so she does not want to get into the fight. The last thing and this is speculation, but it is being spoken about very openly, is that she is under pressure from Modi because of the cases against her and nobody wants to end up like Lalu Prasad Yadav.

The only party that seems openly in sync with the protests is Mamata Banerjee's Trinamool Congress, which is an unusual party because whether it is in power or in Opposition, it is always in campaigning mode and this issue is the ideal one to campaign on.
Let us now turn to whether this abstention of the Opposition harms the anti-CAA movement. The fact is that it does not, for several reasons.

First, we have to accept that the protesters themselves have not sought any help from any party. They are not even one united body as is shown by the diverse geographical spaces they occupy. They are a very large group but they are comprised of millions of determined individuals who are all standing up for the same thing.

Second, no political party including the BJP, the largest in the democratic world, can send out these many people for this long. Political mobilisation happens because the party wants it and not the individuals. That is why political mobilisation costs money: to ferry people, to organise the rallies and so on. What is happening in India is spontaneous and self-funded.

Third, the fact that the political parties have abstained has lent enormous credibility to the protests. The people in all those cities and town are not asking for the dismissal of the Modi government (which is what the opposition would focus on in their protests). They only want the repeal of laws that are discriminatory and unconstitutional. This is why the otherwise surefooted government is under pressure both from inside and from the media and even nations abroad. The cause of the protesters is just and the manner of their protest is right.

The last thing that we need to see is that this is the state that India has been reduced to. A great civilisation, which has existed for thousands of years, is today being seen around the world as a state that is persecuting its own people. It is also being seen that the large political players are not participating in public activity in that democratic space because they assume that society itself has been totally divided along religious lines. If they stand up for the rights of one set of persecuted people then they are automatically standing against the other set. This is what this country has allowed itself to be reduced to.

(Aakar Patel is a columnist and a writer. Views expressed are personal.)