Imagine if Google stops its Map services in India, It will destroy billions of dollars’ worth of businesses built in India over Google Maps, and make millions of drivers of aggregated cab services jobless and have severe repercussions on the economy per se. This is the high time, we must develop anything of our own. 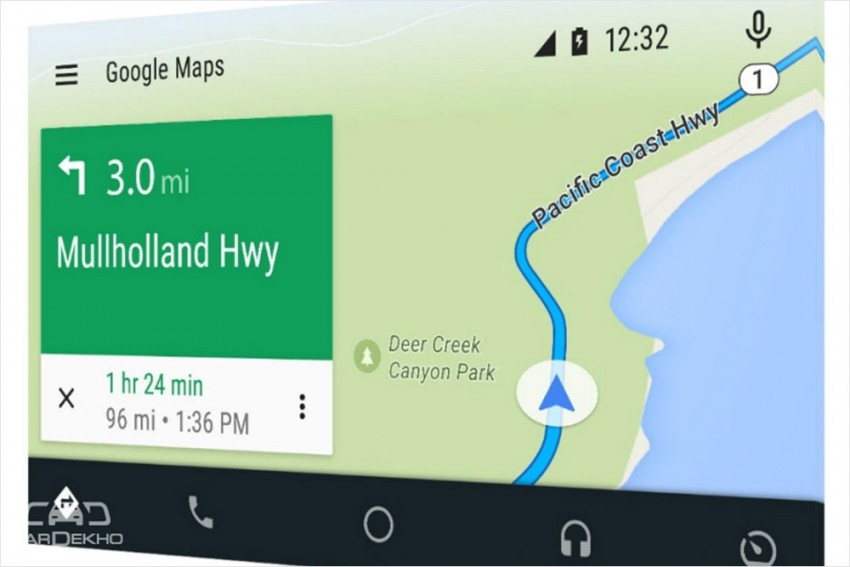 “Don’t be Evil” is a good foundation for corporations, completing the three monkeys parable popularized by Mahatma Gandhi of see no evil, hear no evil and speak no evil. Interestingly, one such company actually had “Don’t be Evil” in its corporate code of conduct. Even more interestingly, this company is now in the middle of multiple storms globally, and in India, where it is “being evil”, given that it is one of the largest digital monopolies on this planet. Yes, we are talking about Google. However, the issue is not just about Google, but about all digital monopolies and how they challenge the sovereignty of a nation. I had covered some aspects of it in an article in Outlook in August and another in September. The articles seem to be prescient as we recently saw another “evil” step being taken by Google.

So, what is this “evil” step and what is the issue now that has triggered a revisit to the issue of Digital Monopolies? Google has said that it will enforce its Google Play rules that require all app developers on the Play Store to use its in-app payment system. With this move, all Android developers will be forced to useGoogle’s billing system which takes a 30 percent fee from payments.

To translate this into plain language, for any app that a common user downloads from the Google Play store, and use that app to pay any charges such as a monthly fee, or purchase of digital products or pay for a government service, you will have to now pay 30% of that amount to Google. So, if you use an android app, downloaded from Google Play store, and you apply for say a Caste Certificate for which you normally pay say Rs 100, you will now have to pay Rs 130, wherein Rs 30 goes to Google. Same with buying a song online, or watching a video online. You have to shell out 30% to Google. This is the tax to be paid to Google for operating in the “Kingdom of Google”.

The service that Google is professing to provide is called the payment gateway service. However, the usual charges of a payment gateway service is somewhere between 0.5 to 3% at the highest. A 30% charge for payment gateway is unheard of anywhere in the world. At best, this is usurious. And why is it able to charge such criminally usurious rates? It is because Google has a complete and unshakeable monopoly on your phone, and increasingly on your television where the television or the set-top box are coming with Google’s Android operating system.

Google has some interesting defense for its usurious charges. It says, the app developer is free to host their app on any other app store. Google does not stop the developer in hosting their app on other app stores. This is very generous of Google. They are permitting citizens of India to host their apps on wherever app store they want. Can one sniff the issue of Digital Colonization? The issue of Technological Sovereignty? Who is Google to permit a free society from doing what they want? And what other pervasive app store do we have out there? The Apple Appstore? Which is already charging similar charges. The civil society was not raising an issue with the Apple Appstore charges as the platform is used by a very limited set of people in India. However, Android phones are all pervasive in India. And within the Android phones, Google Play store comes preloaded or, as the correct legal term would be, it comes bundled, ensuring that everyone uses only their appstore and other app stores face a competitive disadvantage, brought in by Google’s misuse of its dominant position in the smartphone OS market.

This is violative of the Competition Act wherein Google is bundling in its own app store inside its Google operating system, misusing its dominant position through a process of Vertical Agreements. Does Google allow any other app store to be bundled in while distributing its Android OS? For example, can App Bazaar, an Indian app store, be bundled with Android into every single phone? The answer is clearly no. So how can someone download an app from any other store but Google Play store?

Google comes out with another interesting point in its defense. According to Google, it allows Indian app developers to charge the money from their users from outside of the app, essentially from a website. So, while using an app, one has to go separately to another website on your browser and make the payment. Is this even feasible from a usability perspective?

The most distressing part of this sordid show of raw digital power, is that the government acknowledges that this is a serious issue and the Ministry of Electronics and Information Technology (Meity) wants to resolve it immediately, but sees itself against a digital wall of epic proportions. Meity is also toying with opening up its own government App store, which incidentally was a brain child of the current Secretary in his earlier stint at Meity. But the digital wall that it faces is that the government has no control over the Android platform and has limited means to wean people into their own app store or any other app store. Sothe functioning of the mobile platforms, which is an integral part of ourlives and controls almost all aspects of our lives, is actually outside the jurisdiction of our government, and the mobile platforms’ rules and regulations are actually controlled by a few private companies. More interestingly, none of these private companies are Indian.

What is even more interesting is that these companies have their own “judicial system”, their own “court of law”, where they decide whose app needs to be punished and which app needs to be banished because they violated the laws laid out by the digital monopolies.

Over a decade ago, in my public talks and talks to the military establishment, I would paint a situation where US companies, which at that time used to control most of the digital payments in India, are suddenly asked by their government to stop operating in India, under their Patriot Act, because the US Government did not like something that India did. If our troops are battling at the front, the war would be lost as the economy behind them will get hobbled because all digital payments have stopped, jeopardizing the supply chain and logistics to the war that is going on. Well, this in some form actually happened a few weeks ago, as Paytm was kicked out of the Google Play store on flimsy grounds. Was I being prescient or are we being blind to the powers that we are letting the digital platforms usurp. At the risk of repeating from my previous articles, didn’t we read this in our history books of what another corporation, the East India Company did, where it slowly usurped power, brought in its own rules that started to govern people’s lives and then slapped usurious taxes on the people.

Now imagine if Google stops its Map services in India. It will destroy billions of dollars’ worth of businesses built in India over Google Maps, and make millions of drivers of aggregated cab services jobless and have severe repercussions on the economy per se.