Albert Camus, bell hooks And Shaheen Bagh A Year After

On December 15, 2019 the Shaheen Bagh protests began. A year later, those protests still hold many distinctions and here’s why 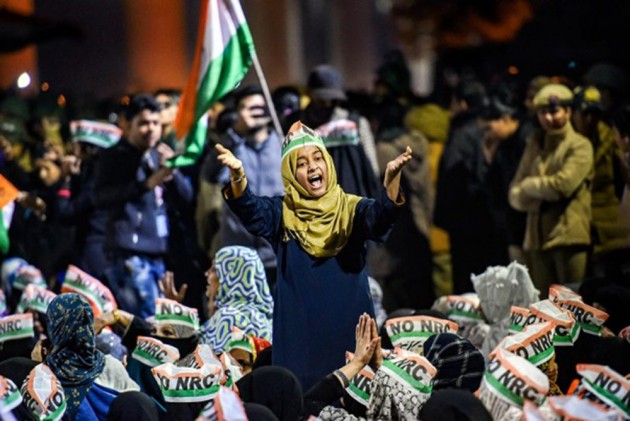 Row upon row of women holding up flashlights and distributing pamphlets, young children wrapped in blankets with their tiny faces peaking out, too young to understand the significance of the protests but nonetheless turning up with their mothers everyday-- for over a 100 days.

The Shaheen Bagh protests had the distinction of having been started by Muslim women and led by them for more than three months (24X7) in response to the passage of the Citizenship Amendment Act (CAA)--an Act that has been criticised for granting citizenship on religious grounds as it specifically excludes Muslims. This was one of the few times, Muslim women, spearheaded a protest of this magnitude in the country. Critics and supporters alike expressed their astonishment. The former felt that the Shaheen Bagh protests were unusual because it challenged their long-held view of Muslim women having no agency as they believed that most Muslim women were forced to adhere to the purda system with no space to voice out their opinions. The latter also felt the protests were unusual because it was viewed as a historic moment, when the voices of Muslim women gained national media attention like never-before.

So, what caused this unusual rebellion?

The Common Threads Of Arbaeen And Shaheen Bagh

While dissecting who a rebel is, Albert Camus in his book The Rebel writes, “He confronts an order of things which oppresses him with the insistence on a kind of right not to be oppressed beyond the limit he can tolerate. In every act of rebellion, the rebel simultaneously experiences a feeling of revulsion at the infringement of his rights and a complete and spontaneous loyalty to certain aspects of himself.” That pretty much sums up the urgent need felt by the women of Shaheen Bagh to take to the streets post the passage of CAA in Parliament last December. 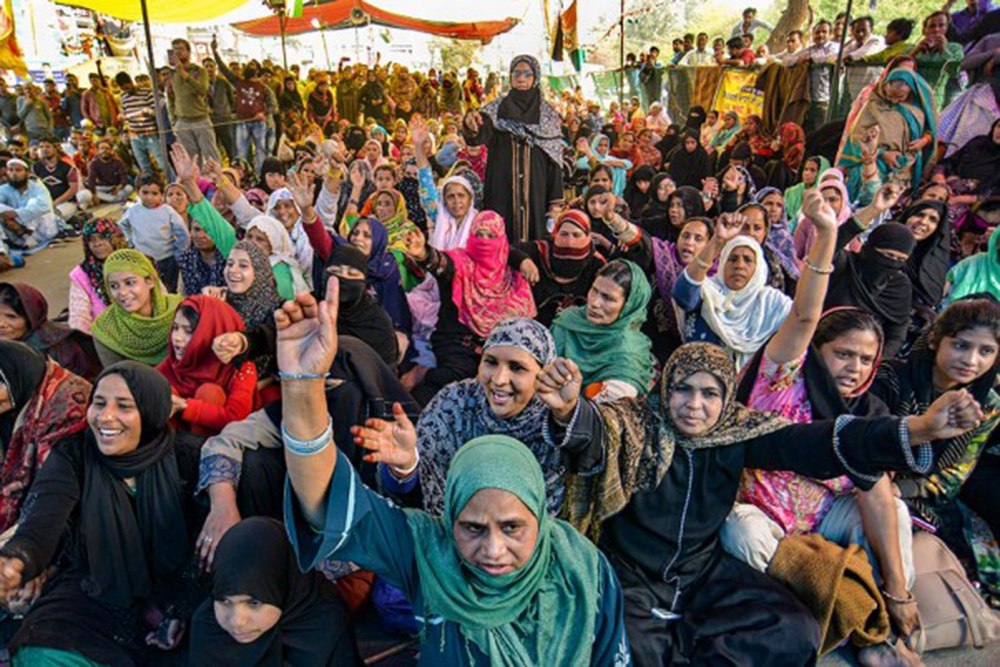 Sarwari, a 60-year-old protestor while speaking to a national news channel cried out that the Muslim community had taken enough and could not stand any more injustice meted out to it. “When they came for the Babri Masjid we did not say anything, they caused violence in Jamia Millia Islamia, attacked our students and fired at them, even then we did not say anything and now they have come for all of us with the CAA-NRC legislations. Will we not come out on the streets? How can we tolerate all this and for how long do you expect us to be patient?” she had asked. Despite being a senior citizen, Sarwari and many other “dadis of Shaheen Bagh” felt the absolute need to take to the streets because of their “revulsion at the infringements” of their rights. A revulsion which they couldn’t contain within themselves.

Camus also says that combined with this revulsion a rebel demands respect, and places that demand over everything else. “The part of himself that he wants to be respected, he proceeds to place above everything else and proclaims it preferable to everything, even to life itself. It becomes for him the supreme good…he is acting in the name of certain values which are still indeterminate but which he feels are common to himself and to all men.”

The story of four-month-old Mohammad Jahaan who died after catching a cold due to being exposed to the chilly-December Delhi weather made headlines. However, the infant’s mother, Nazia returned to the protest site just days after losing him. When asked why were the protests so important to her, Nazia told PTI, “Why am I doing this? For my children and for all our children who need a bright future in this country.” Nazia acted at the behest of certain values which she felt were common not just to herself and her family, but to “all men”. Nazia demanded a future of respect for her children.

Camus also says that rebellion is not only caused when one’s own rights are infringed but it is caused at the mere spectacle of oppression. “…when he comes to the conclusion that a command has infringed on something in him which does not belong to him alone, but which is common ground to all men— even the man who insults and oppresses him…then we note that rebellion does not arise only, and necessarily, among the oppressed, but that it can also be caused by the mere spectacle of oppression.”

While different communities joined the protest, it is important to point out the overarching feminist nature of the demonstrations. In her Feminist Theory, bell hooks (the pen name of Black American author Gloria Watkins, who wanted it be spelled in lowercase to shift the attention from her identity to her ideas) argues that White feminism wasn’t meant for Black American women. The same can be said in the Indian context. The bourgeoise-upper caste feminism in India has never been able to represent Muslim or Dalit women. While talking of white feminists, hooks says, “they make us the ‘objects’ of their privileged discourse. As ‘objects’ we remain un-equals, inferiors”. And so, when many non-Muslim women criticised Nazia for bringing her four-month-old infant to the protests, one can very well argue that they were speaking from a position of privilege. Privilege that did not let them comprehend Nazia’s view of how the CAA-NRC infringed on her basic right to exist in the country, privilege that did not make them understand that most women in Shaheen Bagh could not afford childcare and had to bring their children along to the protests out of compulsion.

Also, like hooks argues, the Shaheen Bagh protest can be seen as a women-specific sex role task, handed out to the women of Shaheen Bagh to challenge CAA. “So far contemporary feminist movement has been primarily generated by the efforts of women— men have rarely participated…Even as they (men) were attacking sex-role divisions of labour, the institutionalised sexism which assigns unpaid, devalued “dirty” work to women, they were assigning to women yet another sex-role task: making feminist revolution,” says hooks.

Even though numerous men from the community did take part in the Shaheen Bagh protests, many did find it convenient to assign the task of creating a “feminist revolution” to the women without even helping out with chores at home. Perhaps when and if the Shaheen Bagh protests make a comeback in all their former glory post the pandemic, one can hope that the men of Shaheen Bagh show more solidarity with their women not just on the protest site but within domestic spaces as well.

Finally, one can quote hooks when she says, “One of the most significant forms of power held by the weak is the refusal to accept the definition of oneself that is put forward by the powerful.” This refusal is what the women of Shaheen Bagh voiced out loud and clear when they took to the streets. However, their rebellion was not guided by anarchy or lack of principles. As Camus says, “In order to exist, man must rebel, but rebellion must respect the limits that it discovers in itself - limits where minds meet, and in meeting, begin to exist.” The Shaheen Bagh protests were called off when the Covid-19 pandemic began in the country, but by then the women of Shaheen Bagh had already demonstrated to everyone what Camus meant when he said, “I rebel-- therefore we exist.”

(Views are personal, and do not necessarily reflect those of Outlook Magazine.)