Albert Camus’ The Plague, Coronavirus And The New World

Good societies need to take healthcare seriously and on a priority; without it, there is little left to live for or to be proud of. 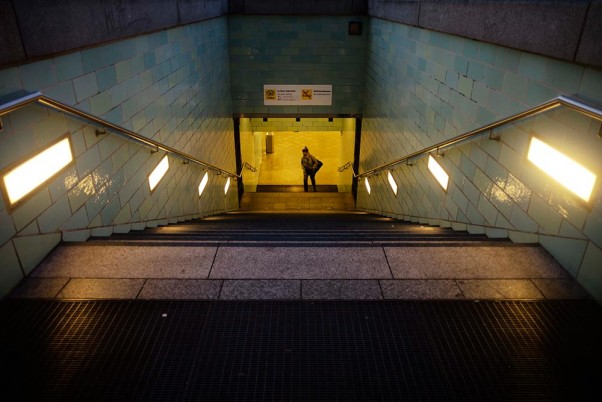 No words of fictional prophecy have turned out to be as accurate, in the time of Coronavirus, as the words in the above few sentences written in Albert Camus’s The Plague. They run as follows: That a virus could intimidate the scientific mind to such helplessness that the modern world’s nation after nation, city after city, village after village, have to be shut down with only remedial mantra: Stay Home. Even the US, the only superpower that possesses piles of weapons to destroy the world and its entire humanity, finds itself completely helpless, just like any poorest of the poor nation, in the time of the novel coronavirus that has the ability to unleash bloodless death, almost noiselessly, with such sophistication that even doctors fear to grapple with.

The human history has been a story about how human beings have conquered nature and how nature overpowers them. In this endless two-way struggle, it is now apparent that nature holds the advantage, and it will dictate terms when humanity will enter a new world after the virus is dealt with definitively. And people of all faiths, believers of all forms of scientism have begun to realise that there is more to faith and more to science to ensure a healthy life on this planet.
Given the context of unprecedented catastrophe and uncertainty that this Corona moment has compelled us to embrace, Camus deserves appreciation for his fictional genius.

Also Read | Goliath The Germ: Where Does India Stand In Humankind's War Against Corona

The book is based on the life of an Algerian town called, Oran, which was affected by a deadly Plague spread by rats causing wanton, countless deaths. Its residents were quarantined, and each person responded in their own way. Some resigned to fate and others sought revenge. It is also a story of resistance as the book was written in 1947, immediately after the Nazi occupation of France, and generally seen as Camus’ most successful book. He was only 33 at the time of its publication- and it catapulted him to stardom among the Western world of writers and intellectuals. Camus began collecting material for the book as early as 1941 when he arrived in Oran. He was suffering from periodic bouts of tuberculosis. In the summer of 1942, when India was under the grip of the Quit India Movement, Camus went to a village of Central France, Le Chambon-sur-Ligoun, to work on his manuscript. But then Camus joined the resistance as this was the height of World War-II. He then returned to work on the manuscript only after France’s liberation. By then, this not very well-known Algerian novelist, born in 1913, became a national hero.

According to Tony Judt, author of The Burden of Responsibility: Blum, Camus, Aron, and the French Twentieth Century, Camus’s The Plague, “was an intensely personal book. Camus put something of himself- his emotions, his memories, and his sense of place – into all his published work; that is one of the ways in which he stood apart from other intellectuals of his generation and it accounts for his universal and lasting appeal.” Some of his contemporaries did not celebrate The Plague as much as it deserved. Literary critics have debated over Camus’s presentation and characters. For instance, Simon De Beauvoir did not approve of his use of pestilence as a substitute for Fascism, which is how she interpreted it. Metaphors in the Plague, critics argue, were non-ideological. At present, however, one wonders if we need to look at the fiction more closely and appreciate Camus’s literary genius more sincerely, not just as part of our effort to understand an unprecedented health crisis, but also the emerging world of ideologies - and what we can learn from imaginative fictions.

The post-Corona world would, without doubt, be vastly different. How different it could be still cannot be clearly ascertained at this juncture. After 9/11, no other global crisis has impacted humanity, blurred the established distinction of rich and poor, super-power and third world, science and non- science, religion and non- religion as decisively as the crisis emanating from Coronavirus has accomplished.

Out of this experience, humanity will come out bruised and there are lessons to be learned. Various images emerging at present and in future such as a vast country like India being shut down, and its impact on its multitudes of poor, mass graves in Iran, elderly patients abandoned in Italy, to name a few, are going to shape the debates on ethics, dignity, development and human future forever.

Also Read | Coronavirus Outbreak: Trying Times Such As This Will Test Our Nation's Character

One possible lesson could be: that conventional weapons cannot ensure the security of all kinds, and there is a limit to what nuclear weapons could ensure. Good societies need to take healthcare seriously and on a priority; without it, there is little left to live for or to be proud of.

Prime Minister Narendra Modi has already addressed the nation twice in one week. It is fortunate, in a sense, for Indians that coronavirus did not affect us directly after China, and we have painful experiences and warning signals and lessons to learn from Italy, Iran, America, Spain to formulate a response. The 21-day lockdown could help to minimize the damage if not end the virus immediately. For that, we need to know the quantum of damage, for which it is too early. One can only pray that this Coronavirus does not stay dormant as Camus wrote for “dozens of years” in bedrooms, cellars, handkerchiefs, and old papers, or in the walls of hospitals or airport lounges or masks we wear today. In the end, social distancing is a short-term measure; and if we embrace it forever, we will be diminished as humans. Nothing will be more tragic than to have a new world inhabited by diminished humans with the constant fear of a newly morphed virus that can erupt to claim our own lives, or of dear ones at any time.