Home  »  Website  »  National  » Opinion  »  Amid Section 144 And Curfew, Rule of Law Should Not Decay In Times Of Pandemic
Opinion

Amid Section 144 And Curfew, Rule of Law Should Not Decay In Times Of Pandemic

When minor high-handedness like police asking people to do squats in public is ignored as harmless exercise done for good, it may end up in major infractions being committed. 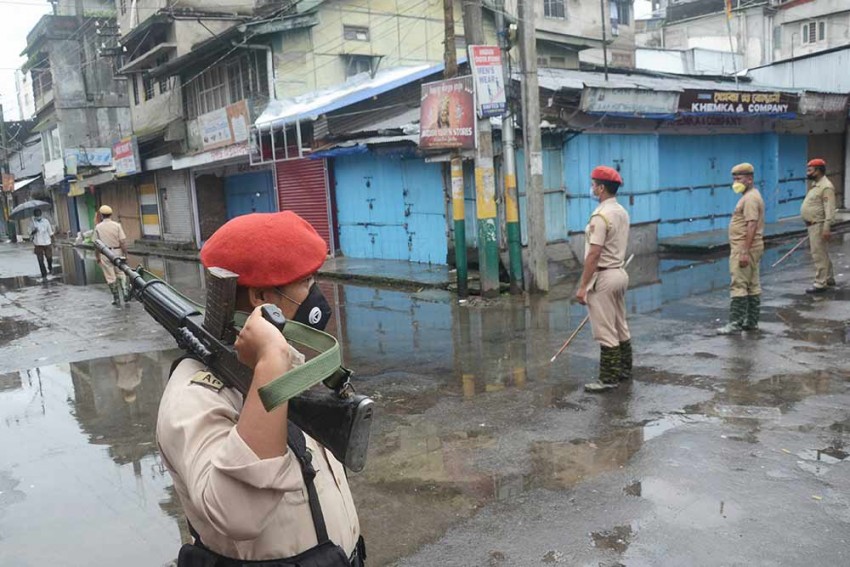 Security personnel stand guard at a closed market, in Dibrugrah as authorities have announced a complete lockdown of the city.
PTI Photo
K. Ramanujam, Retd IPS June 28, 2020 00:00 IST Amid Section 144 And Curfew, Rule of Law Should Not Decay In Times Of Pandemic 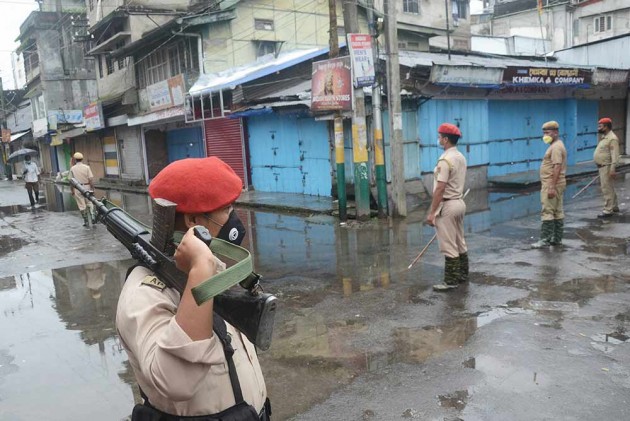 Any new phenomenon inevitably results in the surfacing of new terms or the refurbishing of old ones, enlarging the active vocabulary of many. Till the tsunami wreaked havoc in India in 2004, few people had heard of the word tsunami. The coronavirus pandemic is no different. Words like ‘social distancing’ and ‘lockdown’ and ‘flattening the curve’ have now become common thanks to the disease which has proved to be a bigger killer with a wider reach than tsunami.

Curfew and 144 curfew are terms that started surfacing in many conversations, online or otherwise, soon after the ‘janata curfew’ announced by PM Narendra Modi. The 144, of course, refers to Section 144 of the Criminal Procedure Code. District Magistrates (District Collectors), Sub-divisional Magistrates and Executive Magistrates, specially empowered by the State government, can pass these prohibitory orders. In places where the Police Commissionerate system is in vogue, the Commissioner of Police exercises this power as an Executive Magistrate ‘specially empowered’.

An order under Section 144 may be directed to a particular individual, or to persons residing in a particular place or area, or to the public generally when frequenting or visiting a particular place or area. The order can be passed by a Magistrate to prevent obstruction, annoyance or injury to any person lawfully employed or to prevent danger to human life, health or safety, or a disturbance of the public tranquillity, or a riot, or an affray. So it is a perfectly valid tool for enforcing a lockdown, especially with reference to what an individual can and cannot do.

During normal times, an order under this provision is generally passed when the administration wants to prohibit rallies or assemblies or processions, if there is an apprehension of breach of the peace. Under such circumstances, the order specifies that assembly of five or more persons is prohibited.

Unfortunately, the same type of order has been passed in many places, during the lockdown, even when the intent is to prohibit more than mere assembly of persons. As the word curfew is bandied about, the public and even some police officers tended to think that every order under 144 CrPC is a curfew order. The distinction between an actual curfew prohibiting movement in public and a routine order prohibiting assembly of a group of persons gets blurred. This is especially true of Tamil Nadu which has not had occasion to impose a curfew except during the anti-Hindi agitation of 1965.

There are video clippings of police officers expressing righteous moral and legal indignation, asking the public found on the roads whether they were not aware that curfew was in force. The orders passed by the District Magistrate or the Commissioner may have in reality prohibited only assembly of five or more persons in public. The common man does not know this, but unfortunately, the officer seeking to enforce the law also does not know this.

There are also video recordings of people being manhandled or forced to perform squats in public for being found on the road, even for legitimate reasons. This is particularly bizarre even when they do not actually violate the law in terms of any order passed.

In some towns, policemen gave a dash of paint to the front and rear of motor cycles found on the road saying that a vehicle marked with a particular colour can move only on certain days of the week. The aim was to restrict movement of vehicles on the road. A meaningful initiative but no one questioned whether there was any order to that effect, let alone whether officials can arrogate powers to themselves to deface vehicles.

Of course, there are many who appreciate and applaud such toughness. These are the law abiding citizens duly concerned about the threat of the disease being spread, and they are convinced that we are fighting a big enemy called coronavirus and mere technicalities and legal niceties should not stand in the way. But can a policeman take a stand like this?

An order passed under Section 144 can be prohibitory in nature directing a person to abstain from a certain act or it can be mandatory in nature asking the person ‘to take certain order with certain property in his possession or under his management’. The word ‘certain’ which occurs in three places would seem to leave a great deal of discretion with the authority passing the order, because what is to be taken as ‘certain’ seems to be uncertain in the absence of definition.

It has been laid down by the Supreme Court in the State of Bihar vs K K Misra case that ‘any restriction which is opposed to the fundamental principles of liberty and justice cannot be considered reasonable’. The basic test of what can fall within ‘a certain act’ or ‘a certain order’ will depend on whether it is in conformity with the fundamental principles of liberty and justice.

It may well be the case that the authorities are convinced that people must be prohibited from doing certain things to prevent danger to life or health and safety. An order to that effect under Section 144 CrPC will be legitimate falling within the ambit of directing a person to abstain from a certain act to prevent danger to human life, health or safety. There is no necessity to enforce a faux order- such as, say, an order prohibiting an assembly of persons being treated as a curfew order. A straightforward order can be passed, subject, of course, to the necessity and subject to exemptions as may be specified.

While the nature of an order under Section 144 CrPC promulgated for law and order purposes and the mode of its enforcement may be immediately challenged as violation of civil liberties, it is unlikely that an order passed in the face of the killer disease would meet such a challenge. Even if it happens, the Courts, already operating with restricted sittings, may decide to tackle it at the appropriate time.

Still it is essential that there is clarity on what needs to be prohibited and how the order is worded taking into account the requirement. The public should know what is prohibited and police officers at the cutting edge level should also know it. An appeal to stay at home should be heeded but when punitive action is to be taken for violation it has to be backed up by an appropriate order.

The Broken Windows theory applies to the police too. When minor high-handedness like asking people to do squats in public is ignored as harmless exercise done for a good cause, it may end up in major infractions being committed, as in the case of the death of two men who were picked up by police in Tamil Nadu for allegedly keeping a shop open during the lockdown hours.

Adherence to law must apply to all agencies. There is a case of a man who was fined Rs 100 by some anonymous employee of another government agency and given a printed slip which says “Penalty for Violation of lockdown” –“ Category of violation: Morning Walking”. One can only hope that this report in the social media is a hoax or that the money was collected by a conman pretending to be an employee – because it would be anathema to the idea of good governance if indeed it was a government agency that was collecting such fines without specifying the Act, and the Section or the rule and without incorporating the name and designation or identity of the man collecting the money.

Giovanni Boccaccio has this to say about the great plague of 1348 in his novella ‘The Decameron’: "In this sore affliction and misery of our city, the reverend authority of the laws, both human and divine, was all in a manner dissolved and fallen into decay, for [lack of] the ministers and executors thereof, who, like other men, were all either dead or sick or else left so destitute of followers that they were unable to exercise any office, wherefore everyone had license to do whatsoever pleased him."

(The writer is a former DGP of Tamil Nadu. Views Expressed Are Personal)