Amidst Farmers’ Protests, Media Discredited By Ignorance, Bias And Worse

There is no case for the media to implicate itself as an agent of state. Yet the media is doing precisely that. 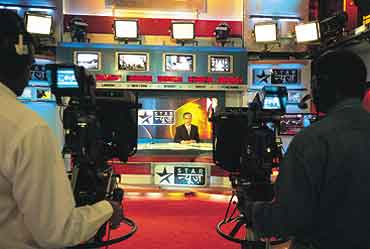 It is no longer funny when someone says that rice and dal come from Amazon or that all “Sardarjis” (as “Madrasis” call them) look the same. Such infantile ignorance now extends to assertions such as the necessity of corporates to sustain food supply and that all Sikhs are Khalistanis. Yet, today, this is the stuff that is purveyed as news, reportage, insight and informed comment in our media especially the TV “news channels”.

The government has enacted three farm laws that affect agriculture, farmers and food supply. These laws, perceived to be loaded in favour of corporates and their entry into the agricultural sector in a big way, are being protested against by farmers. The current siege of Delhi by the protesting farmers began on November 26.

Prime Minister Narendra Modi has not blinked once in the last six years. In keeping with this record, his government has rejected the farmers’ demand for the repeal of the three laws. His ministers, who are in talks with the protesting farmers’, have made it clear that while their concerns could be addressed, the laws will remain and remain unchanged. This has compelled the farmers to dig in for the long haul until the government relents.

Can We Really Trust Our Media?

Personal Liberty? Over To You, M’Lord

It is a fraught situation and not only because the farmers have laid siege to the country’s capital. Besides Delhi being choked off food supplies, there is a national security risk if dubious elements exploit the protests for extraneous purposes in the border state of Punjab, from where most of the protesting farmers hail. The surest way to eliminate this security risk would be to resolve the issue to the farmers’ satisfaction — after all, it is a matter of their livelihood.

Far from doing that, as has been its wont and notably during the anti-CAA movement, the government, aided and abetted by a complicit media, seeks to smear and smash the protest by a variety of dirty tricks. While that may be the government’s way of dealing with such situations, there is no case for the media to implicate itself as an agent of the state. Yet the media is doing precisely that.

Barring a few exceptions and mainly in print, much of the media has jettisoned journalism and turned hatchet to damage, discredit and dissipate the farmers’ protest. The “manipulated media” has mainstreamed false narratives, sought to tar the protesters as Khalistanis, terrorists and anti-nationals, and generally unleashed a campaign of slander and calumny against Punjab’s farmers who are leading the protest. With single-minded dedication, such media is feeding urban misconceptions and prejudices about Punjabi farmers and reinforcing falsehoods.

Among the more insidious of the toxic fake stories being put out by the manipulated media are that: only Punjab’s farmers are protesting; those protesting do not look like farmers; they are rich and well equipped to protest; protesters are mainly rich farmers who can afford to abandon their fields; many including some old women in their eighties are paid by the day to take part in protests; the ranks of the protesters are infested by Khalistanis, terrorists and anti-nationals; and, includes other undesirables such as those linked to Love Jihad, Tukde Tukde Gang, Lutyens Gang and Urban Naxals. The fabrications are endless.

These fake narratives have done enormous damage to the media’s credentials and disgraced and discredited journalism. So much so that journalists are despised and turned away by the farmers, who have lost confidence and trust in the media. There is visible anger against journalists. The palpable hostility is evident in a video showing a TV channel reporter surrounded by farmers, raising slogans against “godi media”. The farmers shun journalists and shoo them away with contempt.

Rarely has there been a protest in India where participants did not want to talk to the media. In fact, people went out of their way to reach the media and win their faith and trust.

The media damaging itself irretrievably saw the Editors Guild of India (EGI) express concern over the coverage of the farmers’ protests around Delhi. The statement pointed to sections of the media labelling them as “Khalistanis”, “anti-nationals” and such without any evidence and with a view to delegitimise the protests. “Media shouldn’t be complicit to any narrative that derogates dissent and stereotypes protestors based on their attire and ethnicity,” said the EGI statement. This is an obvious reference to the motivated profiling of farmers as being uneducated, non-English speaking louts far removed from the world of jeans, shirts, jackets and shoes.

The EGI has reason to be worried. In its own ranks, there may be professional offenders, covert agents of state and government who are a blot on journalism and unfit to be editors. These protests, like the anti-CAA movement, have shown that journalists lie and misreport and distort what people say to serve interests other than public service journalism.

In the circumstances, the media may turn out to be the greater problem inflicting more damage than the government can accuse any protest movement of doing.

(The author is Editorial Consultant, WION TV. The views are personal and do not necessarily reflect that of Outlook magazine.)