The only party that has the cadre, presence, and organisation to fight BJP in Uttar Pradesh is Samajwadi Party. 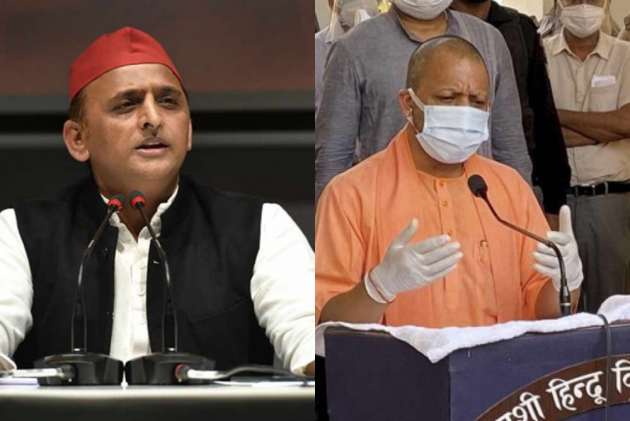 The road ahead for the opposition in Uttar Pradesh seems to be an uneven macadamised road on a profusely hot summer day, and the only way forward is to walk barefoot. The only party that has the cadre, presence, and organisation to fight BJP in Uttar Pradesh is Samajwadi Party. But the party and its top leadership somehow don’t look ready to leave the politics of comfort and convenience and start its campaign on the ground. Social media presence and dominance might be an icing on the cake but the cake itself is “hitting the road”, as they say.

The recently-concluded Zila Panchayat elections might not be the correct parameter to prejudge the 2022 contest but it somewhere revealed that missing enthusiasm in the party. Although, leaders of many opposition parties alleged misuse of power and money by the incumbent government to win these elections but the question still remains the same—How long are they going to wait for cooperation from the authorities and an even playing field? If the party wants to win, it needs to show its strength, aggression, and hunger to win before it’s too late.

The only leader who had been consistent in hitting the ground and getting arrested on almost every issue in Uttar Pradesh is Congress state chief and the two-term MLA from Tamkuhi, Raj Ajay Kumar Lallu, but is his hard work and effort sufficient to revive an almost defunct Congress in the state? Well, it seems highly unlikely. What Congress needs in the state is a mix of charm, aggression, organisation, hard work, smart work, and a lot of luck. The first and foremost thing that the grand old party should do is to overcome its fear of failure and project Priyanka Gandhi Vadra as the chief ministerial candidate. If not much, it will at least give another life to Congress. The party couldn’t have asked for a better timing, with so many issues in the state to capitalise on; besides the inactive Samajwadi Party and BSP fighting just to keep its 19-20% vote bank intact. Though reports of Priyanka Gandhi Vadra shifting base to Lucknow surfaced multiple times but it never happened.

Recently, Asaduddin Owaisi also added to the troubles of the state opposition by announcing that his party, AIMIM, will contest the polls on 100 seats. Further division of Muslim votes will definitely ensure a thumping victory for the incumbent Yogi Adityanath-led BJP. If not much, Owaisi can hamper the chances of Samajwadi Party on a handful of seats. In the 2017 assembly elections too, in Tanda assembly constituency, Sanju Devi (BJP) defeated sitting MLA Azeemul Haque Pahalwan by a thin margin of 1725 votes and AIMIM candidate Irfan Pathan managed to get 2070 votes, just a little over the difference between the winning candidate and the runner up. The party wouldn’t want it to happen again.

The Samajwadi Party should first target to make it a bipolar contest by forging alliances with as many parties as possible. If it fails to come to an agreement with any party, the door for a tacit agreement is always open. Though it is highly unlikely that the BSP will join hands with any of the opposition parties, the SP would need to figure out a way to woo the BSP voters. There aren’t enough reasons to believe that people will vote much differently from the 2019 Lok Sabha elections where 82% Brahmin, 89% Rajput, 70% Vaishya, 91% Jat and 84% other upper caste voted in favour of BJP. At this level of upper caste vote consolidation, a lot needs to be done with very little time in hand. The Samajwadi Party needs to come up with some really lucrative schemes for the state, followed by an outreach campaign that ensures that every single scheme of the party reaches the last person in the state. The party’s presence must be felt both on the ground as well as in media. Its top leadership needs to step out of their comfort rooms and fill the cadre with zeal. The party needs leaders like Shivpal Singh Yadav, known for his aggressive and fearless style of politics. Uttar Pradesh has a rich history of parties getting diminished gradually, starting from Congress, then BSP, and the SP would definitely not want to join the list.

(The author is a political commentator and columnist based in Lucknow. Views expressed are personal. He tweets @kamranhusain_)