The best higher education institutions of the world work as knowledge centres that facilitate social change in society. They also appear as job provider and development facilitator. 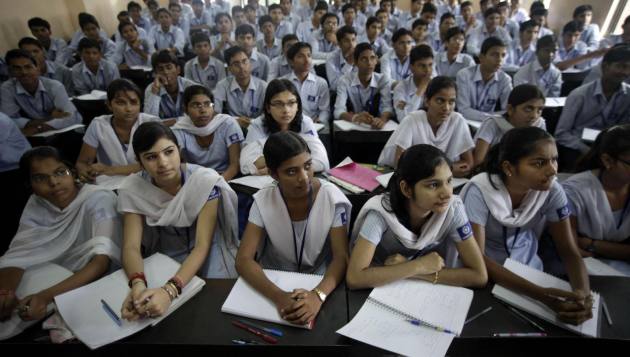 Higher education in India is gradually diversifying and rebuilding itself to make ‘New India’ as one of the vibrant knowledge economies of the world. Indian education system is reconstructing itself as network of research, knowledge, and training intertwined with deep sense of social responsibilities, encouraging community involvement and social participation. The best higher education institutions of the world such as those in the US and the UK work as knowledge centres that facilitate social change in society. They also appear as job provider and development facilitator.

In India, Union HRD Minister Ramesh Pokhariyal Nishank is also trying to extend universities and other higher educational institutions to go beyond the walls. Higher education institutions in India are moving towards villages, tribal areas, slums, and impoverished zones. Some Indian universities are working effectively to implement Unnat Bharat Abhiyan under which they adopt five villages and work for their development. Based on their research, many institutions have made micro development plan for local resource-based development of these villages. The faculty and students are working as development catalyst in those villages. University Grant Commission is constantly working as facilitator for linking universities to the urban slums and tribal zones. Various development centered projects in those areas are being run among marginal social communities and deprived community zones. Most of these projects are research and activity- centered development projects that aim to provide tangible and visible output for the growth and development of marginal communities. Through these projects our universities may explore and map resources of local communities which may help us to achieve the goal of Atmanirbhar Bharat as suggested by PM Narendra Modi. The local capacities and resources which are going on to be the central locus of Atmanirbhar Bharat may be documented, captured, and planned for aggressive branding.

Another method through which higher education system facilitates social change in India is by opening central universities and central research institutions in the marginal and distressed zones, and in areas where vulnerable communities are living as cluster. HRD ministry has opened universities in tribal areas of Odisha, Madhya Pradesh and Andhra Pradesh. The central universities and central research institutes are already working in states like Manipur, Mizoram with an aim to provide higher education and facilitate development and change in the under-developed regions. Last year, the Centre sanctioned funds for construction of Central Tribal University in Andhra Pradesh’s Vizianagaram district.

In India, universities are being conceptualised as one of the development engines for growth in the areas they are set up. The main challenge for the government to achieve desired goal is finding committed and visionary leaders for these central universities. The second challenge is to provide sufficient budgetary support to the higher education institutions who may lead transformative development projects among poor and marginal communities.

Another method is working as an agency for social inclusion during time of crisis by simplifying bureaucratic processes of its examination system. We are aware how coronavirus pandemic has displaced migrants labourers from work in various states. Due to this, their children too became displaced from schools and colleges. To realise social responsibility to stop exclusion of children of migrants, the HRD ministry is trying to simplify bureaucratic arrangements of examination system. The expansion of online education and a flexible examination system as initiated by Ministry may help these displaced communities to be included in the circuit of education. However, government needs to provide smartphones, laptops and internet access to migrant children.

The New Education Policy, which is likely to get Parliament nod soon, also provides sufficient emphasis on social roles and community involvement in higher education in India. It’s time our educational leaders implement the above methods.