As Govt Pushes Its Ideological Agenda, India Should Brace Itself For Rough And Brutal 2020 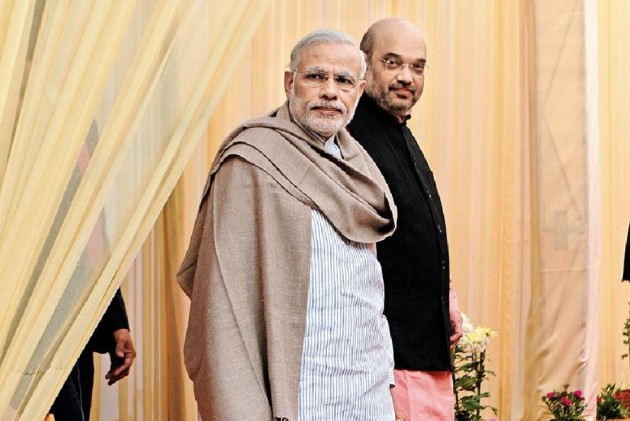 The Citizenship Amendment Act (CAA) has been notified and has become effective. The protests against it around the country have made no difference to the strong posture of the government in favour of it. The fact that it may be seen as an internationally indefensible law, and that India's foreign minister avoided meeting with a US Congresswoman, who would grill him on it, too, made no difference to the government. Yes, the law has been challenged in the Supreme Court, but unfortunately, the experience of the Emergency, the Ayodhya judgment and Kashmir issue shows us that it is easy for our judges to be aligned with the government.

In the Jawaharlal Nehru University (JNU), what the nation saw was visuals of an assault on young women, particularly the leader of the students association. Justice was being demanded for them. What has happened instead is that the police has named her as the culprit while more or less giving a clean chit to the masked men and women. The police are theoretically independent of the administration, but this is not true even in theory any longer. The police will do what the government tells them to do and since Delhi police are controlled by the Union government of Modi, it is home minister Amit Shah, who has approved this reversal of justice.

When Jammu and Kashmir was dismembered and there was (as there remains) an even greater presence of India's security forces on the city streets, I had asked a local journalist what the strategy from Delhi was. He said there did not appear to be anything new, but the instruction for the administration from National Security Advisory Doval was to "be strict, be very strict" with locals. This is indeed what has come to be. The state's leadership is in the jail without charge or crime; the citizens are pretty much in jail too, with restricted movement, no right to peaceful assembly, no access to communications and, as has been the case for many decades in that state, armed forces outside their door constantly. All this has not been accompanied by any words or actions that provide reassurance of how the future will look any different for Kashmiris.

What we can understand from the above is that there is a pattern to how the issues of greatest concern to Indians and the world watching India are being managed by Narendra Modi and Amit Shah. And that pattern is that they will not back down from pushing ahead their ideology. What Modi and Shah have said on the issue of citizenship is quite revealing.

When it became clear that the protests were not going away, Modi tried to put a pause on them by saying that a nationwide NRC had not been discussed. He chose not to say that it won't happen. This did not bring comfort to those who were worried about a nation-wide action similar to that of Assam. However, the prime minister is not going to let it go because it is coming from an ideological belief and not any sense of political strategy or a specific policy. He appears willing to absorb some damage in India's international reputation (I am quite sure that foreign minister Jaishankar would not have run away from that meeting without the specific approval of the prime minister) to further the ideology.

This puts us in dangerous territory for the rest of the year. From the first of April, the Modi government will send officials to all homes seeking details under the National Population Register, the first step of the National Register of Citizens. When the threat of being robbed of their citizenship and freedom comes to the doors of millions of already persecuted individuals, the reaction will be even stronger than the one we are currently seeing on the streets. And as their trauma becomes clear and is made visible, which it will, the world will not stand aside. It is possible and perhaps likely that Donald Trump will not win reelection and it will be a Democrat who will win America's presidency later this year. If you look at the list of their candidates, it is hard to find even one who will be friendly to Modi or an India that is brutalising its minorities.

Also Read: Our Institutions, Especially The Police, Are Too Politicised

What happens then? At the moment the government thinks it has control of what is going on. In UP, the police have killed over a dozen Muslim protestors while the Supreme Court is concerned about damage to public property; from JNU to Kashmir and elsewhere, Modi is insisting on the rights of his government over the rights of Indian citizens. And he is doing so out of a sense of anger and vengeance, which is not only not in keeping with leadership, particularly of a large democracy, but also dangerous.

The good thing is that he has no opposition inside his government to be concerned about. All 300 plus Lok Sabha MPs line up and applaud anything he says and does.  The Supreme Court, as we have seen, need not be worried about. It is going to be a rough and brutal 2020 for India as its government pushes on with its ideological agenda, and the citizens do whatever they can to protect themselves.

(Aakar Patel is a columnist and a writer. Views expressed are personal).