There is absolutely no sane reason as to why Indians should kill themselves. 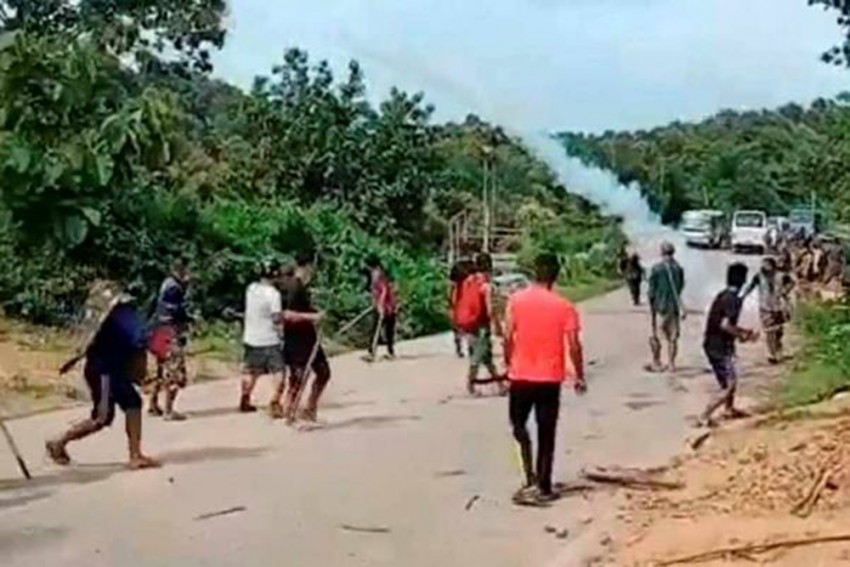 The 26th of July 2021 will go down as a red-letter day in the history of India’s interstate relations. On the day, five policemen lost their lives and many were injured as a result of firing between the forces of Assam and Mizoram. Border disputes are not uncommon but it is the war-like confrontation between police personnel of the same country that is regretful and alarming.

The run-up to the incident and the question of who is responsible for the incident is a mystery. The answer to this question will vary depending on whom the same is asked. That Mizoram sticks to the inner line of Bengal Eastern Frontier Regulation 1873 while Assam clings to 1933 boundary demarcation has been a bone of contention between the two states for quite a while now.

A day after the incident, a press release by Assam Government stated that Mizoram started constructing a road by destroying forest reserve and set up a police camp in Lailapur, Cachar District, Assam. The release further adds that a team of Assam officials has visited the place to request the Mizoram Authorities to maintain the status quo but were attacked by miscreants and visibly supported by Mizoram police, who’d later open fire at Assam police using automatic and light machine guns thereby killing 5 Assam police personnel on the spot. A press statement by Mizoram Government refuted Assam’s claim by stating, “Around 200 (two hundred) Assam armed Police led by IGP, Assam Police accompanied by DC, Cachar, SP, Cachar, and DFO, Cachar came to Vairengte Auto-rickshaw stand at around 11:30 a.m. today i.e., 26.07.2021. They forcibly crossed the duty post manned by CRPF personnel stationed there and overran a duty post manned by 1 (one) section of Mizoram police personnel. The Assam Police also damaged several vehicles that were travelling along the National Highway between Vairengte and Lailapur.” The Press Release by the Mizoram Home minister further stated that unarmed civilians were assaulted, lathi-charged and tear-gases shot upon by Assam Police which Mizoram police responded. “The Government of Mizoram strongly condemns the unjustified act of the Government of Assam in this intrusion and aggression into the territory of Mizoram,” the statement further adds.

A day after ordering the checking of all vehicles originating from Mizoram to Assam for possession of illicit drugs, travel advisories were issued by Assam Government on the 30th of July 2021. “The people of Assam are advised not to travel to Mizoram as any threat to the personal safety of people cannot be accepted,” the directive said. The Mizoram Government on the other hand issued an order stating that during the last 10 years, huge quantities of illicit drugs have been seized in Mizoram which was smuggled from the Assam side. It further added, “The issue of drugs trafficking can be better solved by better communication between the states and flow of drugs can be better halted by co-ordination between district police on the opposing borders instead of threatening and harassing innocent civilians without any reasons at all.”

“Shri @AmitShah ji….kindly look into the matter. This needs to be stopped right now,” tweeted Mr. Zoramthanga, Chief Minister of Mizoram, as he shared a video of what appeared like an altercation between a group of civilians and police personnel. He further shared footage of a Mizo couple being allegedly harassed and their vehicle vandalised. Assam Chief Minister quickly retorted by tweeting, “Honble @ZoramthangaCM ji , Kolasib ( Mizoram) SP is asking us to withdraw from our post until then their civilians won't listen nor stop violence. How can we run government in such circumstances? Hope you will intervene at earliest @AmitShah @PMOIndia”

A series of tweets from both the CMs continued, each justifying the acts of their concerned police personnel and each accusing the other of violating norms. In their holier-than-thou acts of resorting to unprecedented tweets, thousands of users reacted to the tweets, which further increased the hype on Social media so much so, that trends such as #AssamShotFirst #ShameOnAssam #ShameOnMizoram were trending on Twitter.

Not so curious cases of FIRs

Assam- Mizoram border dispute has the grave potential of disintegrating the cohesive regional relationship- politically, socially, and economically harboured by states for long. Border disputes have emerged between Assam-Meghalaya and Assam-Nagaland. The Mizoram CM has said that the border dispute will not prevent North East to be ‘One’. However, many are already skeptical of the fate of North East as an entity resembling a common interest. The North East Democratic Alliance (NEDA), of which BJP and Assam CM Himanta Biswa shoulder key responsibility is poised to lose its credibility and acceptability devoid of a lasting solution to the border disputes. The present border fiasco, if not amicably handled could see the fall of Dr. Himanta Biswa from a regional leader standing for the interest of the entire region to only a state leader representing Assam. And, unless more of Assam-Nagaland peace pact which was signed at Dimapur, Nagaland on the 31st of July 2021 is effected, North East as a family of 8 sisters will not certainly be a happy family.

Considering the contesting claims of both the parties and the complexity of the issue, the foremost priority in working out a solution should be the institution of an Independent Interstate boundary commission. After a careful consultative study, the commission should ideally formulate a solution that is considerate of all the stakeholders' concerns. One option could be the utilisation of the disputed lands by the central government after compensating both the states. Alternatively, an option of compensating one state and awarding land to the other or awarding the disputed land to both the states concerned equally could be considered as per stakeholders’ acknowledgement. Whatever be the solution, once worked out and accepted by the states, the Court could play a role of a guardian and take serious note of its arbitrary acts.

If there is one reason Assam and Mizoram have to resolve the matter, it has to be among others the absence of any alternative otherwise. Two states in a Union cannot kill each other- straight, simple, and period. Important is for both the states to accept that any conflict resolution measures involve compromises and sacrifices for the larger good. The present chest-thumping stance of not acceding even-an-inch of land adopted by both the states has to take a back step to provide space for a matured, congenial and fruitful intervention. The intervention of the Ministry of Home affairs by ordering central forces to all areas of disputed land until a lasting and amicable solution is reached should be respected in letter and spirit. The central government should use the opportunity to settle once and for all, the boundary disputes among states in North East India. There is absolutely no sane reason as to why Indians should kill themselves when enough precious lives have been sacrificed for the freedom of India and in its defence.

(The writer is an author and freelance writer. Views expressed are personal and do not necessarily reflect those of Outlook Magazine.)