With the dropping of KK Shailaja and induction of the Kerala CM’s son-in-law into the cabinet, the Left has proved that it is no different from the dominant political culture of family raj and dynasty rule. 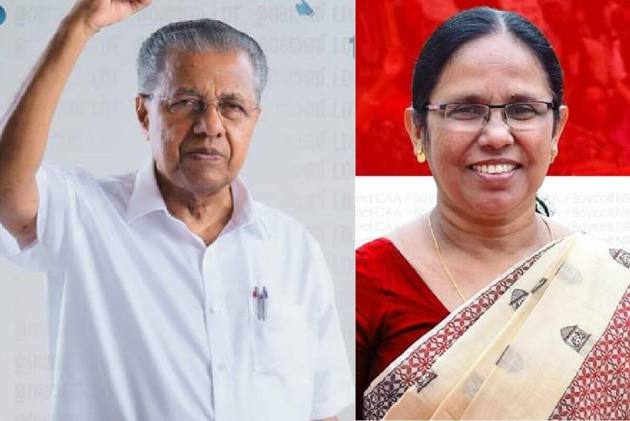 Even as India battles a deadly second wave of Covid-19 pandemic, the recent state Assembly elections merit attention for a different reason: the way a clutch of families is tightening its stranglehold over the Indian political system. The state election results point to a need to fix a system where family ties and dynastic succession have become the major driving force, often compromising with true democratic values and traditions.

The re-elected LDF government in Kerala has got media attention because of the omission of former state health minister KK Shailaja from the Pinarayi Vijayan cabinet. But the inclusion of Vijayan’s son-in-law, PA Mohammad Riyas, touted as an “attempt to showcase new faces,” is as significant. CPM state secretary A Vijayaraghavan’s wife, R Bindu, too, finds a place in the cabinet. With the twin moves, the Left has proved that it is no different from the dominant political culture of family raj and dynasty rule, prevalent in many pockets of the country. This tradition seeks to convert the Indian political system into a closed group of political families where outsiders are only grudgingly accepted and welcomed.

The story of Tamil Nadu is not any different, where DMK that emerged victorious in the elections, is a dominant symbol of dynasty raj. In West Bengal, the nephew of Chief Minister and Trinamool supremo Mamata Banerjee is widely regarded as her heir.

Assam is a study in contrast. The re-elected BJP government in the state recently witnessed a smooth change of guard from Sarbananda Sonowal to Himanta Biswa Sarma. After the BJP took a call on its chief minister candidate, the low-profile Sonowal, a performer by all yardsticks, wasted no time in passing on the baton to Sarma, widely regarded as an all-rounder, who until 2015 was in Congress.

Considering that many lateral entrants in the BJP have often given the party a headache, Sarma’s rise in the party in Assam, and indeed in the entire Northeast, has been meteoric. If there was ever a case study on meritocracy in modern Indian politics, with a special reference to the Northeast, Sarma’s would be an ideal example. Interestingly, during one of his recent media interactions, Sarma said that “he doesn’t want his son to join politics”.

When Sarma’s name was announced for the position, there were media reports quoting central Congress leaders that “Sarma shouldn’t have been allowed to leave the party”. Reports also said that it was the family-based succession in the party’s Assam unit that had acted as a trigger for Sarma’s exit. If nothing else, this should prompt the Congress, best exemplifying institutionalised dynasty raj in the country, to look inward and do introspection.

In an interview with this reporter in 2018, Sarma had elaborated on the difference between the BJP and Congress. Sarma had then told this writer: “No party member of BJP says ‘I am loyal to the family’. At the end of meetings, we say ‘Bharat Mata Ki Jai’. We are trained to be loyal to the country. I am not saying that Congress people are not loyal to the country, but they are divided. If at some point, they have to choose between India and Gandhi, it will be a difficult choice for them.”

In addition to the Congress, almost all regional parties – from Kashmir to UP to Tamil Nadu to West Bengal – have seen the rise of family-based rule and dynastic succession.  It’s not that BJP is free of political families and dynastic succession in such families. There’s a qualitative difference, though. The top positions, either in the government or in the party, are never decided in the BJP system on the basis of dynasty or lineage. The party has made this its brand equity, also its differentiator in the Indian political system.

While meritocracy and an open political system are much-desired values in any democracy, it’s also true that the rights of an individual cannot be, and should not be, compromised only because s/he belongs to a political family. This, then, calls for some institutional checks and balances.

While talking of electoral and political reforms, one idea worth debating is that in the event of a second member of a family joining active politics, when the first member is already holding a position in the party or government, the second member must not be given any organisational position or government office, say, for the first ten years, and must necessarily be made to work as an ordinary party member for the period. This will ensure that while individual rights are protected, the political system is also kept relatively open, encouraging the participation of common men and women.

As India celebrates the 75th anniversary of Independence next year, it must debate and institutionalise measures that make its politics and political system more open, democratic and meritocratic. This would be a true tribute to the common Indian besides strengthening the idea of a democratic India.

(The writer, a JNU alumnus, is a political analyst. Feedback can be sent to skjthe@gmail.com)