BJP Set To Win Maharashtra, Haryana, Yet Party Supporters Are Somewhat Cold. Why?

Assembly Elections 2019: Why even the prospects of a clean sweep in Maharashtra and Haryana have failed to enthuse the BJP supporters 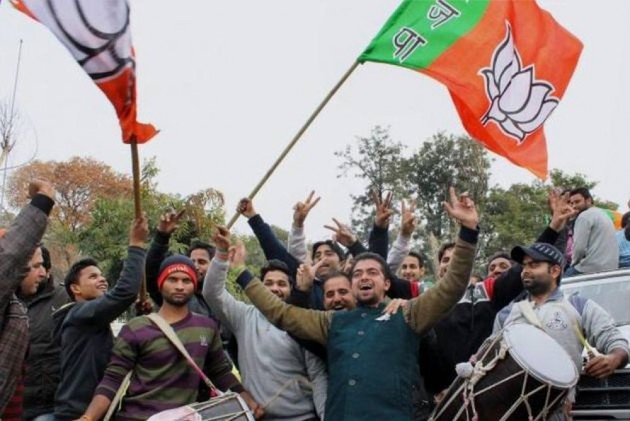 It has been a disappointing season for Bookies and Pollsters. It did not require any sophisticate psephology to predict BJP’s sweep in the Maharashtra and Haryana Assembly elections. The only subject of speculation was the margin of victory and the seat tally of the opposition and allies.

In Maharashtra, there was some interest in how Sharad Pawar’s NCP fares. In Haryana, not even that. In both states, commentators had practically written-off Congress even before the votes were cast.

Granted, Exit Polls are not the final word. In fact, a post-poll survey indicates better performance for the Congress and the opposition in Haryana – suggesting the possibility of a “hung assembly”. Even if that happens it will not totally change the wind trajectory in favour of the BJP. It will, indeed, be mega-surprise if the actual results turn out to be vastly different from the exit polls.

Under usual circumstances, one would expect BJP supporters to be euphoric at the prospects of such a resounding victory. But, the reaction is not very different, say, from the time India defeated Afghanistan in the maiden test match of 2018.

A certain degree of ennui seems to have set in among the masses and media at the sheer predictability of the results. The only excitement appears to be among the supporters of Devendra Fadnavis and Manohar Lal Khattar – who were dark horses when Narendra Modi selected them as Chief Ministers defying traditional caste and regional considerations.

At another time there would be pontification about what should be the going-forward strategy of the Congress, which is still regarded – in the absence of any alternative – as the only national opposition for the BJP. But, the party is caught in such a quagmire that no political analyst will dare to enter the arena.

Interestingly, however, one is beginning to pick up early rumbles of dissonance in the BJP camp. This is discernible both among the newbies who had drifted rightwards from the centre and even sections of its traditional vote bank. The reasons for the incipient disenchantment may be traced to an accumulation of factors.

There is a discernible discomfort among BJP’s old constituents about induction of dubious defectors into the party – the most recent ones being a Narayan Rane and Ganesh Naik in Maharashtra. Apart from piercing BJP’s ballooning claim of being “a party with difference”, these are potential liabilities it could do without. The BJP under Modi-Shah not only seem determined to squeeze out the opposition but also reduce its dependence on allies such as the Shiv Sena. Without questioning the wisdom of such a hegemonistic strategy, the unseemly hurry and the choice of characters did raise a few eyebrows.

Undoubtedly, the issue that has been top of peoples’ minds – both supporters and detractors of the BJP – is the economy. In the absence of an articulate voice like that of Arun Jaitley – there is apparent lack of clarity on the government’s thinking. It would be naïve and uncharitable to think that Prime Minister is not seized of the issue. But, he has not been speaking much on the economic stress and slowing growth rate. Those who are tasked with talking are unable to inspire confidence and sometimes come across as unempathetic.

This is understandably causing concern among the business and trading community. But, more importantly making the common man nervous about spectre of an imminent recession. The Modi governments communication on topics of “nationalist” interest is beyond compare. But, when it comes to matters of governance and finance it has been far less effective. As the going gets rough it is starting to hurt.

There is general consensus at home and abroad that corruption in the higher echelons of government has sharply come down under the Modi dispensation. But, the same cannot be said for the BJP ruled states and down the administrative line. Add to this the bureaucratic hassles of GST and the trysts with the taxman – at the ground level life does not look much different from what it was before.

In this backdrop, when the going gets rough on the economic front, the realisation that there is no fall-back in sight can be disturbing. This is where the politicians and intellectuals of the country have let the public down. The BJP under Modi has reinvented itself. Taking the cue the RSS itself has initiated quiet reforms within its fold. However, the opposition is still stuck with the old record and obsolete formulae of caste and religion.

The intellectuals assumed were lulled by their own “Black Swan” theory thinking Modi was a single term phenomenon who could be brought down by Op-eds and Award Wapasi. Having failed in that mission – they are now at a loss for answers. The rise of the Right Wing across the world has left them further flummoxed.

Nature, as the cliché goes, abhors vacuum. In the natural course one might have expected – and internal churn within the BJP at some point. This was the basis of the wishful thinking before the 2019 elections of BJP falling short of majority and one of the old guards like Nitin Gadkari or Rajnath Singh moving to the centre-stage.

Not only did the final outcome pour ice-water over all such idle fantasy with the towering personality of Modi and the vice like grip of Amit Shah on the party organisation no one will even dream of revolting. Instead, we are seeing a steady stream of politicians making a bee-line for the BJP. One would not be surprised if some of the younger lot of bright sparks from the Congress switch camps in the coming days seeing the party going down the path of self-destruction under the Gandhi family rule.

So, will the proverbial phoenix rise from the ashes? Even if it does – the gestation period for a new political reconfiguration is going to be long. So, whether recession hits the country or not, the next four years are unlikely to be good for the Exit Poll industry.

(Sandip Ghose is a writer and blogger on current affairs. Views expressed are personal.)