Domestic industries still do not have a level playing field in government procurement. Hence the Atmanirbhar campaign needs to have an Atmanirbhar policy to accelerate self-reliance in India. 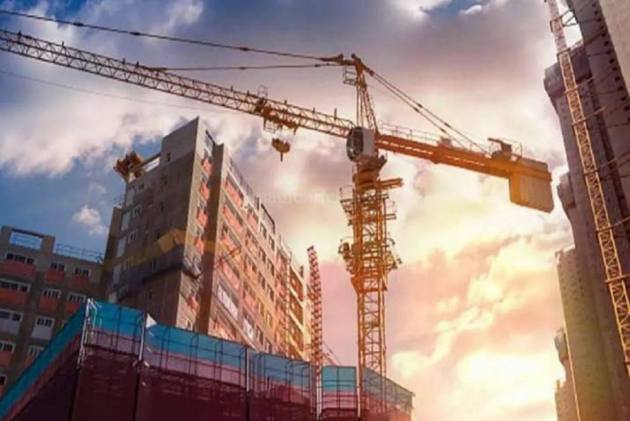 The Atmanirbhar campaign is a key spearhead of the Centre to propel India to increasing prosperity, by increasingly manufacturing the required goods and services within the country, rather than getting them from other economies. However, it is neither to be confused with the erstwhile “License Raj” that hollowed out India, nor is it to be confused with the “Great Leap Forward” of China, that took its economy back by a whopping -25 per cent. Atmanirbhar is a campaign to create robust world-class industries in India, that would make India competitive globally in a range of goods and services.

Atmanirbhar is a campaign based on the five pillars of economy, infrastructure, systems, demography and demand. It is fueled by five packages that provide support to MSME’s, the poor including farmers, agriculture, new horizons of growth and government reforms and enabler. However, Atmanirbhar is not a policy. It is more of a program. And what that means is that the government, or more specifically the 29 state governments and the central government are not really bound by any specific goals and strictures for achieving the outcomes of Atmanirbhar. And that is the direction in which the next set of steps need to be taken, to accelerate Atmanirbhar.

Let us first look at what is the problem that is holding back accelerated adoption of Atmanirbhar. Specifically for the government market, we continue to see procurement frameworks skewed against local suppliers, despite the push by the Prime Minister’s Office. In almost every government in India, there are numerous cases where foreign suppliers are favoured over Indian suppliers. And this bias is brought in by tweaking the procurement requirements/ tender documents. The tweaking happens by putting in criteria that is impossible for Indian players to meet such as the Indian player needs to be in business in the given industry for over 25 years. Or, the participating supplier must have provided the goods or services to at least 2 governments outside of India. Such prequalification criteria are abundant in government procurement documents, which clearly are tweaked to favour foreign suppliers.

Supersonic Flight: Can India Afford Not Catching The Next Bus?

So, what can be done to provide a level playing field to domestic players and to ensure that such superfluous criteria are not brought into government procurement? There are a lot of steps that can be taken through policy measures, once the problem is recognized. To begin with, there needs to be an appellate authority with requisite teeth, where tenders or procurement norms that are discriminatory to Indian players and that do not provide any apparent benefit to the government or the public, can be brought up to and redressal may be sought. This would make it easier for smaller players and startups to be able to demand a level playing field through a set-out process. Such an appellate body can possibly be in the lines of the National Human Rights Commission, with some suo moto powers, such that any violation of a level playing field for domestic players is immediately rectified. Perhaps one would be tempted to call it the Atmanirbhar Commission.

However, would a Atmanirbhar Commission be sufficient to make India Atmanirbhar? No. More needs to be done and one can borrow from the policies adopted by the Defence Procurement Procedure 2016 (DPP 2016), which progressively follows the DPP 2013. DPP 2016 was updated to a more progressive DPP 2020, in order to aggressively promote increasing indigenous manufacturing and reducing timelines for the procurement of defence equipment. It is important to reduce the timelines for procurement, not just from the government perspective, but also from the perspective of domestic players, who have limited ability to pursue government deals that have a long sales cycle, going into multiple years, if not a decade. The long procurement cycle itself is a big deterrent to domestic players, as they do not have alternate markets to depend on, and are extremely dependent on being successful in the Indian market, before being accepted in any other market.

So, what are the key features of DPP 2016 that needs to be adopted to accelerate the Atmanirbhar campaign? The key aspect that needs to borrowed from DPP 2016, and adopted for the civilian government, is the concept of Make II. The ‘Make’ procedure for indigenous design, development and manufacture of defence equipment/ weapon systems, was simplified in 2016 and promulgated in DPP-2016. A new sub-category ‘Make-II (Industry Funded)’ was introduced under this procedure with primary focus upon development of equipment/system/platform or their upgrades or their subsystems/sub-assembly/assemblies/components with focus on import substitution. In this subcategory, no Government funding is envisaged for prototype development purposes but has assurance of orders on successful development and trials of the prototype. This is the key policy measure that needs to be adopted for government procurement of civilian goods and services. It reduces the risks of domestic players in developing cutting edge goods and services.

Under the defence Make II procedure, successful development would result in acquisition, from successful Development Agency/Agencies, through the ‘Buy Indian – IDDM (Indigenously Designed, Developed and Manufactured)’ category with a minimum of 40% domestic content, through open commercial bids. Cases where innovative solutions have been offered, are to be accepted, even if there is only a single individual or a firm involved. If we can have a similar program for civilian procurement, it would eliminate much of the “creative” procurement norms that infests government procurement, and tilts the process in favour of foreign suppliers.

At the end of the day, the other side of the coin of Atmanirbhar is access to domestic market. Domestic players cannot invest into products and services without access to domestic markets, especially the government market that makes up roughly 20% of all procurements in the economy. With handicaps such as higher cost of capital and infrastructure that throttles production and logistics, domestic players already have the pitch queered against them. Adopting Atmanirbhar policies that nudge the state governments to procure from domestic players, and provide level playing fields to domestic players, would surely accelerate the Atmanirbhar campaign. And such a policy must include an appellate authority for seeking redressal related to unfair procurement norms and a procurement policy that mimics the Make II policy of the DPP 2016.

(Dr Jaijit Bhattacharya is President of the Centre for Digital Economy Policy Research. Views expressed are personal and do not necessarily reflect those of Outlook Magazine.)