This August 5 was also a celebration of the rapid development and deployment of the Kashmir Model -- a model that begins with media control and the propaganda of development and economic progress being thwarted by political evil, legitimising the Muslim Other as the enemy, and finally culminating in plain and simple repression. 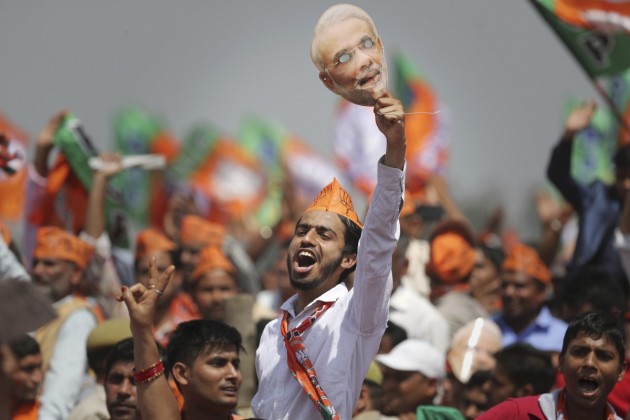 August is a month of memories for India with memorable dates redolent of history, freedom and politics. August 15, with that unforgettably evocative ‘Tryst with Destiny’ speech of first Prime Minister Jawaharlal Nehru, is, doubtless, the most important of the dates observed. Inextricably linked to that is August 8, on which date was launched the Quit India Movement, the turning point in India’s long struggle for freedom from the British Raj.

August is also remembered for suppression of freedoms. Long before August 5 in 2019. In 1953, it was on August 9 that Sheikh Abdullah, the first elected Prime Minister of the princely state of Jammu and Kashmir was dismissed, arrested and exiled. Sher-e-Kashmir, as Abdullah was known,  was the founder of the Muslim Conference, later renamed as the National Conference. More than 85 years later, the grandson and son of the Lion of Kashmir, who still represent Kashmiri aspirations—if only as victims, examples of the ruthless suppression of the rights and aspirations of the state’s people—were also incarcerated in the month of August last year.

If August 9 marked the date when the family’s fate epitomised the political fortunes of J&K and its people, nearly nine decades later, that date has been overtaken by August 5. This date marks the fate of J&K as a garrison state that is sealing the fate of not only the Abdullahs but also other state leaders and an entire people. As the oft-repeated cliché of the last one year keeps reminding us, an armed force of 800,000 has turned Kashmir into the world’s largest prison of eight million people.

August 5 of 2020 marked the first anniversary of the Government of India’s decision to abrogate the Constitution’s Article 370, which provided for special status to J&K as part of the Indian Union. In the view of the RSS, “The state of Jammu & Kashmir, with its oppressive Muslim-majority character, has been a headache for our country ever since independence.”

That may well be the reason for the Centre’s crackdown on Kashmir, by putting it under a repressive security blanket, which is widely perceived as a step towards the establishment of an authoritarian Hindu rashtra. Any vestigial doubts on this score may well have been banished by the Ram temple bhoomi pujan in Ayodhya, also on August 5. For those who insist stubbornly in believing otherwise, there was the explicit statement of the occasion being compared with the freedom movement. That this should happen in a climate where those who collaborated and cooperated with the British colonialists against Indian nationalists are being celebrated and deified is an eloquent testimony to the project that is underway now in right earnest.

This political project of the cultural nationalists launched on August 5, is the most fraught one to be attempted since 1947, when India swore allegiance to a Constitution that upholds secularism as its most sacred tenet.

Thus, to me, August 5 would mean an India proud of its democracy and diversity —especially religious diversity—making a tectonic majoritarian shift. A shift where the cultural reprocessing of the republic represented by the Gujarat Model is to make way for the structural establishment of a state seeking legitimacy in the mythology of one single religion consecrated as history and founded on the political exclusion of other faiths. In other words, the Gujarat Model is now making way for the Kashmir Model—to be taken beyond its eponymous laboratory for implementation on a national scale. That is the greater significance of August 5.

The Gujarat model is the outcome of that state having succeeded as Hindutva’s laboratory since the communal experiments, as eminent sociologist A R Desai kept warning us, began in the 1980s. Gujarat’s non-existent economic and social development feats were touted to camouflage the rise of communalist forces and their violence against Muslims. The height of this was in 2002, when after mass killings, the Muslims were further ghettoised. The violence shook the nation, but political India did not take a stand; the world did.

The model entrenched the Muslim as the Other. It showed that powerful sections of the administration can be compromised at best and made willing players at worst; and, those who refused to participate, taught a lesson by being tarred and even convicted. The embers from this laboratory’s successful experiments have helped light the prairie fire of hatred countrywide, culminating in the confidence required for implementing the Kashmir Model.

The Kashmir Model beginning with media control and the propaganda of development and economic progress being thwarted by political evil, legitimised the Muslim Other as the enemy, the Threat. From there, it was but a short step to plain and simple repression: shutting down of Kashmir, silencing all voices, arresting anyone likely to so much as murmur a word of dissent and ruthless extermination of “terrorists” in “encounters”. The entire political class, barring ‘foolish’ exceptions, got the message. The opposition fell silent. The judiciary also realised that allowing habeas corpus cases could have consequences. It was plain to all that no challenge to or criticism of the abrogation of Article 370 or J&K being changed to a Union Territory would be allowed in any form in any forum.

Unlike the Gujarat Model, which was the product of experiments over several years, the Kashmir Model was raised from root to roof in a very quick time. It was almost as if the model was taken from the Zionist militarists in Israel-occupied Palestine and transposed intact to Kashmir where it fitted to a T.

Naturally, this August 5 was also a celebration of the rapid development and deployment of the Kashmir Model. Its imposition has made a terrible situation worse, unspeakably so, literally, as those released from detention bear out. It is not just the Kashmiris who have none to speak up for them. The India that celebrates August 15 also has no one to speak up for the nation in Kashmir. The question is, how long before many in India, like in Kashmir, realise the futility of speaking up for India’s diversity and democracy.