Had the verdict been in favour of the Muslim party, it could never have been implemented. We cannot always condone the willful disregard of our apex court’s orders, like in the Sabarimala verdict. 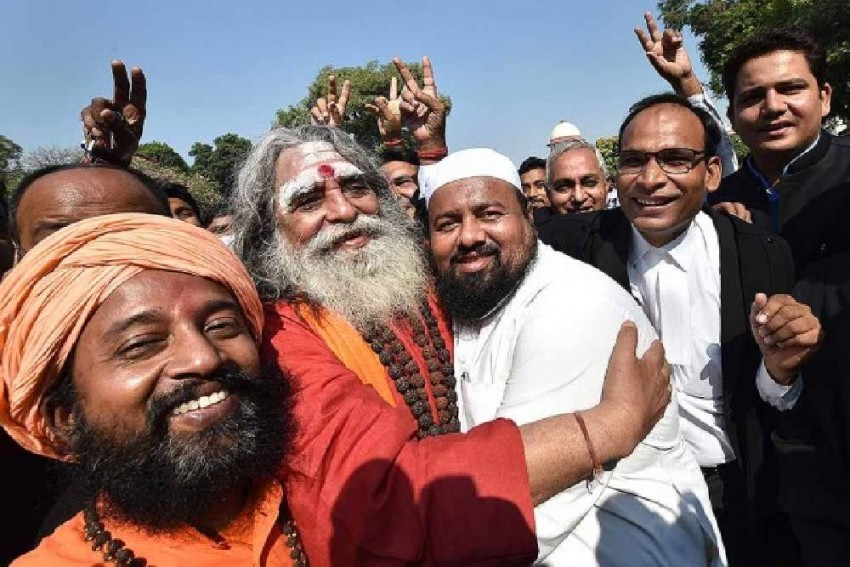 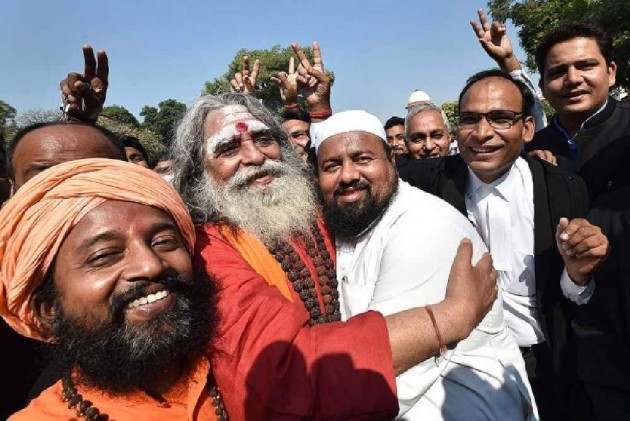 Now that the verdict on the Babri Masjid case is out, it is time to look forward to the future rather than reminisce the bitter past. The positives that emerge from the verdict far outweigh the negatives. Had the verdict been in favour of the Muslim party, it could never have been implemented. We cannot always condone the willful disregard of our apex court’s orders, like in the Sabarimala verdict.

An implementable verdict, though unjust, is better than an unimplementable one. Worse, the Muslims in different parts of India would have faced violence and intimidation. Thank you Supreme Court for ensuring their safety.

Another positive that came out of the verdict is the valuable lesson it teaches about how to deal with a similar issue in future. If you have a dispute about the ownership of any religious structure and want to wrest it from its current owners, the first step is to demolish it. The demolisher is not only likely to get the right to own and construct on the site, but also to feel ‘vindicated and blessed’.

The third positive is that the country showed exemplary unity in welcoming the verdict. How happy one feels seeing the BJP and the Congress on the same page, with most others jumping into the bandwagon with unconcealed glee. It is a long time since we saw most Indian political parties and social organizations, not to speak of godmen and women and others, speaking in one voice. BJP and Congress were on the same page on Sabarimala verdict too, but then respect for the court was conspicuous by its absence.

The fourth positive is that the Muslim side, though the loser in the case, will get double the amount of land it would have got had it won the case. In these days of real estate slump, that is a gain, indeed. The mosque constructed on the site should ideally house a museum on the Shah Bano episode. Before the Shah Bano issue came to the fore, no clergy represented a faith community in its negotiations with the government.

Also Read: Nobody Helped Me; No Govt, No Administration: Justice Liberhan On Babri Masjid Demolition Probe

The Muslim leadership then was so smart and so persistent in pushing the Indian state into an antediluvian legislation that the Sangh Parivar imbibed the strategy with its own innovative and menacing additions.  It is good to also remember proudly how the same leadership succeeded in making India one of the first countries to ban Salman Rushdie’s ‘Satanic Verses’ in the name of hurt religious sentiments. You soon had a political environment in which the invocation of faith could move the mountains, but only if it was the faith of the majority.

The same All India Muslim Personal Law Board that spewed venom against a Supreme Court judgment in the 1980s in favor of a hapless Muslim woman is now a paragon of acquiescence. That is a reflection not of introspection and wisdom, but of sheer fear. They had the last laugh in the Shah Bano case. It is now the turn of the Sangh Parivar in an India fundamentally different from that period.

Also Read: Will Ayodhya Verdict Really Bring An End To Dispute Or Is Closure Just A Pipe Dream?

The fifth and most important positive is that many Sangh Parivar icons, including Prime Minister Narendra Modi, spoke so movingly about unity in diversity, fraternity, communal harmony and so on. Even Mohan Bhagwat was grace and wisdom personified. Only the head of VHP struck a discordant note and said: “About Kashi and Mathura, I must make it clear that Supreme Court judgment is not the end of the story, it is the beginning.” This notwithstanding let us rejoice that the apex court managed to instill some grace and goodwill towards the Muslims even among Sangh Parivar motor mouths.

In the midst of so much positive energy, let us not vitiate the atmosphere by endlessly debating whether the verdict was Solomonic or counterfactual. Let us look forward to a few years of joy and peace until the political exigencies turn Kashi and Mathura into the next flashpoint. So long as a majority of Indians continues to vote the BJP to power, there will not be any immediate need to catapult these two ancient cities into the limelight. In any case, we have the NRC as a tool of intimidation in the short term.

A Muslim friend from Bihar recalled a conversation with his brother the day of the verdict. “Had the verdict been in favour of the Muslim side, my family and I were all set to rush to the airport to catch the first flight to Kerala. Since we could not afford to travel abroad, we thought Kerala would be a safe place to spend a few weeks.”

My friend gave a boost to my Malayali pride, while my pride as an Indian lay in tatters in spite of my heroic efforts to keep it intact!