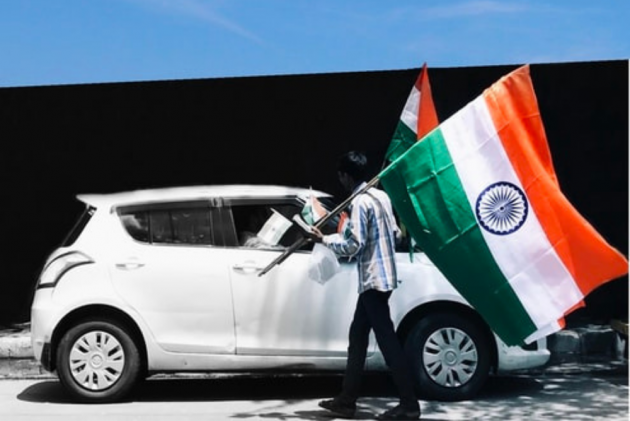 Steve Jobs, one of the founders of Apple Computers, is considered to be a giant in the field of technology and innovation. One of his most famous quotes that finds mention in business lectures and philosophy lectures alike is: “You can’t connect the dots looking forward; you can only connect them looking backwards."While Jobs’s quote was to inspire individuals to persevere with present struggles by trusting that in the long run, these struggles will make sense, his quote also finds application while examining the degeneration of democratic governments to dictatorial states.

Such falls rarely happen overnight but any such descension sprouts from a fear of government. The modus operandi, by all such undemocratic governments is the same. By inspiring and inculcating fear in a people, governments ultimately are only accountable to themselves and those that do dare to demand answers from elected representatives are thrown in jail for voicing their views. The repercussions of such a move, however, is not limited to mere suspension of basic human liberty. Without responsible institutions that ask tough questions or a courageous voter who can hold a government accountable, governments are doomed to harm the entire state.

Take the example of China. As a part of the Great Leap Forward, an economic and social campaign led by the Chinese Communist Party between 1958 and 1962, Mao Zedong sought to reconstruct the economy of China. He sought to do this by relying on fear and coming down hard on criticism against his government. Subsequent studies found that this hard-line approach that sought to inspire fear and clamp down on criticism was actually the primary cause of the Great Famine in China wherethe total number of deaths as a result of the famine is believed to be up to 55 million. The studies reveal that local officials competed with each other in inflating the figures of grain production so as to avoid punishment from Chairman Mao. As a result of these inflated figures, the Communist government in China failed to realize that the country was suffering through a famine until two years from the time the famine actually started. In fact, the government is reported to have tragically exported grains out of the provinces that were experiencing the famine as they were rely on inflated numbers from officials below. There was no external check to this misinformation as citizens too feared repercussions by raising questions about the government’s shortcomings.

An Internal Matter Or An International Embarrassment?

In our country too, regrettably, we have seen a steady decline of civil liberties over the past seven years. This government has taken stern action against those who have sought to raise questions about the government’s policies by slapping cases under Unlawful Activities Prevention Act, a statute typically reserved for dealing with terrorists and using other government actors like the Enforcement Directorate, the CBI, and the Income Tax department.

The case of Anurag Kashyap and Tapsee Pannu seems to be just the most recent abuse of such power. As vocal critics of the government’s policies, the timing behind raiding Kashyap and Pannu seems awfully suspect but even if one were to believe that the income tax department is merely following the procedure laid down by law, the government will still need to explain why such attention is being given to only critics of the government. For example, Arnab Goswami, a TV anchor is reported to have been aware of sensitive state secrets about the horrific Pulwama attacks and such information was (as per WhatsApp texts) reportedly provided from high-ranking public officials in the government. This sensitive information possibly could have been accessed by the enemies of India and may have significantly compromised India’s soldiers, however, there has been no inquiry on this issue while Mr. Kashyap and Ms. Pannu’s tax statements appear to be occupying an unnecessary amount of the government’s time.

The treatment afforded to Disha Ravi’s alleged toolkit to highlight the farmer protests that “defame India” and the complete inaction towards Kapil Mishra’s hate factory reveals that there is a body of evidence to justify this fear. Unfortunately, on these trying occasions of targeted action, the actors and institutions that are expected to check the vindictive predispositions of a government have largely been inept at worst and indecisive at best.

Another report in the Caravan and the Indian Express furthers this fear. According to this report, a group of ministers, including Union information and broadcasting minister Prakash Javadekar, law and IT minister Ravi Shankar Prasad, external affairs minister S Jaishankar and other prominent members of the government sought to “colour code” journalists depending on their reporting. The past seven years and the manner in which the BJP passed the three farm laws, undertook demonetisation, etc. are also clear examples of a government that has nullified the idea of public participation in law making and administration. What I find especially worrisome is that our approach towards civil liberties and law making is increasingly mirroring countries that have a chequered history with democracy. The guidelines that seek to regulate social media, for example, draw a page from Bangladesh, which passed similar laws a few years back.

So what is the solution and what can we as citizens do? Since governments rarely check their own undemocratic tendencies, we, as citizens, need to be especially aware and cognizant of the creeping acquisition of our civil liberties and must ask tough questions of our government and hold the government to account. As China discovered with the Great Famine, the consequence of not doing so and cowing to state sponsored fear will be catastrophic in the long run.