The neck-and-neck elections in Bengal will shape the narrative for the next Lok Sabha elections, and prove whether the BJP Juggernaut is indeed unstoppable 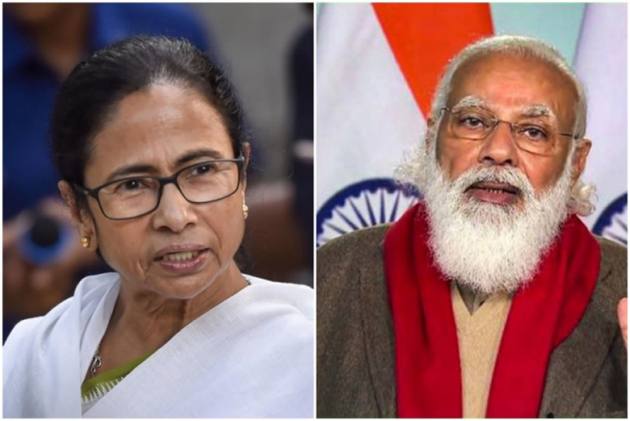 The polls to the legislative assemblies of four states and one union territory have understandably generated considerable public attention and have captured most of the media space in the past few weeks.

The first phase of the polls in Assam and West Bengal culminated last week, but with several more weeks of campaigning for the eight phase elections still left, there is considerable speculation as to the outcome of polls on 2nd May.

Analysts and politicians across the spectrum agree that the results of the five Vidhan Sabhas, but particularly West Bengal, will, in a substantial manner, shape the national narrative for the next Lok Sabha elections and be an important indicator of whether the saffron surge in the country is unstoppable or whether a group of strong regional satraps can indeed halt the Modi-Shah juggernaut.

Most surveys or opinion polls conducted before the commencement of the first phase of polls suggested that the battle for Bengal was going to be a close one, with the BJP and Trinamool Congress closely vying to be the single largest party in the state.

With the exception of one or two surveys predicting a comfortable majority for either side (Jan ki Baat and People’s Pulse have predicted a clear BJP win, while C-Voter has forecast a clear TMC win), most pollsters agreed that the battle was neck and neck with TMC enjoying a slight lead. Some surveys even indicated that Chief Minister Mamata Banerjee could face a possible setback in Nandigram, with her confidante turned rival Suvendu Adhikari seemingly in a position to defeat her.

Virtually all surveys agreed that the Sanyukta Morcha or Third Front in the state, comprising of the Congress, Left Parties and the Indian Secular Front would be a fringe player, winning a couple of dozen seats at best.

These surveys are in line with the assembly segment-wise lead of the 2019 Lok Sabha polls, where BJP led in 121 assembly constituencies, while TMC led in 160 seats.

Although opinion polls and surveys need to be taken with a pinch of salt and have been proven off the mark on far too many occasions, as things stand today, by all accounts, it is likely to be a neck and neck fight between the BJP and the TMC. The following plausible scenarios could play out on 2nd May when the results of the state assembly elections are counted:

This is the only scenario where TMC can hope to form a stable government that can last its full term. In a house of 294, although the number required to form the government is 148, TMC would ideally want a buffer of at least 10-15 seats for it to be able to govern without fear of the government being toppled.

With the BJP having mastered the art of weaning away dissatisfied ruling party members using all possible tactics (sama, dama, danda, bheda), it could easily take a leaf from its playbook in Karnataka, Madhya Pradesh, Goa, and Manipur and wean away a dozen or so members from TMC and other parties to form a government either immediately after polls or in a few months thereafter.

This possibility can be averted only if the gap between TMC and BJP is more than 15-20 seats and if Mamata Banerjee wins her seat in Nandigram and does not have to force a by-poll to remain in power.

A situation where the war for Bengal is won but the Nandigram battle is something that does not seem entirely implausible given Suvendu Adhikari’s clout in the region and feedback from some pollsters.

If Mamata Banerjee loses from Nandigram, it would almost certainly mean a closely fought election and absence of any wave in favour of TMC. In such a scenario, even after losing from Nandigram, Didi can be sworn in as Chief Minister but will have to be elected as a legislator within six months from holding office. This can be done by asking one of her loyalists to resign and contesting by-elections.

However, such a situation where TMC has a slender majority and is fighting by-polls to get the Chief Minister elected will led to a great deal of instability, which the BJP is almost certain to exploit.

Alternatively, if Didi loses, she could nominate one of the other TMC leaders to take oath as CM and operate the government by ‘remote control’. However, such a scenario is also less than desirable for TMC and could result in a split within the party or confusion within its ranks.

Scenario 3: TMC is single largest party but does not have simple majority of 148

This is possibly the most chaotic of scenarios possible but nevertheless a likely one. If no single party has simple majority, the Governor has considerable discretion in inviting one or more parties or groups to form the government and prove majority.

With a friendly Governor likely to invite BJP to take the first stab at forming government (as has been the case in Goa, Manipur, Karnataka etc.), the saffron party would be in a prime position to engineer defections and conduct ‘Operation Lotus’ by coaxing MLAs of other parties to resign or absent themselves from the trust vote, thereby having an upper hand in ensuring that its government stays in power.

Short of a majority, even if Mamata Banerjee is able to secure support from either Congress or Left Parties (or both) and replicate a Maha Vikas Aghadi like Maharashtra arrangement in the state, given the inherent contradictions between these parties and egos involved, such an alliance could at best be a temporary setup that may not last five years.

This scenario, where BJP is ahead of TMC in terms of number of seats will also lead to a fairly straight forward situation of a BJP CM being sworn in May.

Even if the BJP is a few seats shy of the halfway mark, the Governor is likely to cite constitutional convention and invite BJP, as the single largest party, to form the government. As mentioned earlier, it is conceivable that BJP will conduct ‘Operation Lotus’ and wean leaders from other parties, particularly TMC, with whom, TMC-turned-BJP leaders like Mukul Roy are allegedly maintaining contact.

With BJP pulling all stops to halt the TMC juggernaut, it seems that we can expect the drama to continue until the first week of May and even beyond before getting a true picture of the real victor in the elections.

(The writer is a lawyer and policy analyst. Views expressed are personal, and do not necessarily reflect those of Outlook Magazine)