Bihar Results: Four Surprising Takeaways, And A Twist In The Tale

Why yet another victory for the incumbent in Bihar flies in the face of the logic of democratic politics. 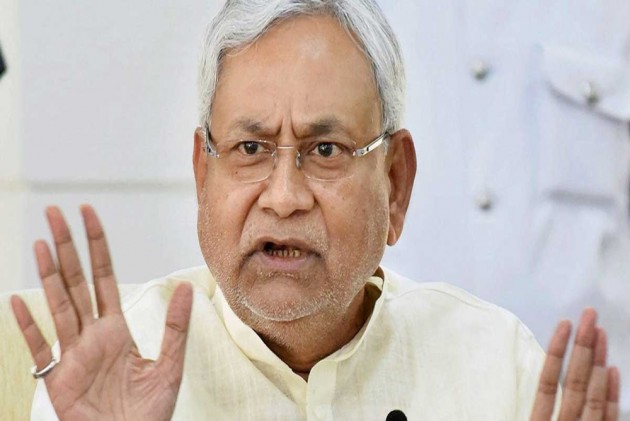 We ought to be surprised by the electoral outcome in Bihar. Not because exit polls had framed our expectations otherwise.  Not because many ground reports in the media suggested reversals for the ruling coalition. Not because many of us would have liked very different results.

We ought to be surprised as yet another victory for the incumbent in this state and at this juncture in national life flies in the face of the logic of democratic politics. Students of politics must be surprised by this outcome just as economists must be surprised by “market failures”. When we cover up our surprise, we close the doors of learning.

Just think of a state that houses some of the poorest people in India, indeed in the world. Its per capita income, as a proportion of the national per capita income, has consistently declined over the last five decades. It has a relatively younger population and a higher contribution to the labour pool. Yet it has the lowest labour participation ratio in the country and among the highest rate of unemployment. It does not prepare its young population for jobs, as it has the lowest Gross Enrolment Ratio in higher education. It has the worst health infrastructure in the country. Its law and order is in shambles. If someone tells you that the ruler of the last 15 years got re-elected in a free and fair election, you should be surprised.

If Bihar Had Voted On Caste Lines, CPI (ML), RJD Wouldn’t Have Got As Many Seats: Dipankar Bhattacharya

Political Astrology And Some Lessons From The Bihar Elections

More so, if someone told you that this year the state had witnessed a badly handled pandemic and flood, that the state government was indifferent, if not hostile to millions of workers who were forced to walk back home, that Bihar was among the worst sufferers of the economic shock due to the steepest-ever shrinkage in India’s GDP this year, that most of the soldiers whose lives were lost needlessly on the China border were from Bihar. If the ruling party wins an election in such a year, you should be surprised.

This defies the logic of political competition on which democracy rests. A future historian of democracy might turn to this election in Bihar to understand why democracies failed.

She would discover, first of all, that political choices were not as freely available in Bihar as democratic theory imagined. Unlike other Hindi best states like Rajasthan or MP, Bihar did not offer a straight two-party competition or a stable two-coalition competition like Kerala. Coalitions were made and unmade in every election. At least half the battle was won or lost in the making and unmaking of the coalition before the voter could do anything. This year the RJD was aiming at a mahagathbandhan (MGB), a large coalition of all principal oppositional players. Eventually, it had to make do with a much smaller coalition involving the RJD the Congress, and the three main left parties: the CPI(ML), the CPI, and the CPI(M). The inclusion of the entire left proved to be a wise move as it gave the MGB a critical edge in Bhojpur and Magadh region. Two critical small players (the Hindustani Awam Morcha or HAM and the Vikassheel Insaan Party or VIP) were left out. The NDA proved smarter by accommodating these two. The historian might conclude that the MGB would have gained a critical edge by cutting down the share of Congress to retain these two small players. But that was not the real slippage.

She would then go on to look at the voters’ alignment and find that the voters were not free-floating consumers who looked at every shop to get the best bargain. They had pre-established loyalties, which in turn reflect the accident of their birth.  This happened all over the world and took the form of caste loyalty in Bihar. These partisan voters tended to view the world of politics through the lens of caste. The information they received and trusted, the leaders they followed and liked, and the candidate they supported were all filtered through caste lens. The historian would find that in the post-Mandal era, the RJD had evolved the Yadav-Muslim combine as an unbeatable coalition that put everyone else at a permanent disadvantage. After many beatings, Nitish Kumar worked out the social coalition to match the RJD. By now the NDA enjoyed partisan support of socially powerful but numerically small upper caste and Kurmis besides socially disadvantaged but numerically large Extremely Backward Castes (EBCs). These two social blocs are more or less evenly matched and did not offer anyone an unbeatable lead. The game was not decided by caste affiliations.

The historian would then turn to the third factor, the campaign, the hawa. Contrary to the popular impression that issues don’t matter in Bihar elections, she would find that political actors understood the significance of issues fully well. Party loyalty and caste loyalty were just the starting point. If a side managed to generate an hawa in its favour, then it was able to cut votes away across caste and political divide. This is what enabled Nitish Kumar to dislodge Lalu Prasad Yadav in the first place. This is precisely what Tejashwi Yadav tried very hard this time. He tapped into the growing resentment against the Nitish regime. He had some success too but came up against a wall: just too many people in Bihar remembered the last regime of RJD notorious for its lawlessness (more than “jungle raj”, it was “Yadav raj” of a kind that most people hated). A more successful strategy was to focus on unemployment that really hurts the young voters of Bihar. Tejashwi did generate some additional support from students and unemployed youth cutting across caste lines. But he failed to offer a credible alternative. His promise of a million government jobs must have sounded like a fantasy. The historian might conclude that the real failure of the opposition was in offering a credible alternative, a believable agenda.

She would also notice that the NDA too had partial success with its issues. Its ridiculous attempts to turn Sushant Singh Rajput’s suicide into a political issue flopped. So did attempts to sell abrogation of article 370 or the martyrdom of Bihar soldiers at the Indochina border. Ram Temple issue may have quietly helped a counter mobilization of the Hindu majority in some regions. Being a woman, she would no doubt focus on one less noticed issue that did make a big difference: the prohibition policy which made this government popular among women. She would use exit poll evidence that suggested that the NDA enjoyed a 5 Point advantage among women voters. She would know that those women voted more than men in this election. She would conclude that this less noticed issue may have contributed 2 to 3 percentage points to the eventual winner in an election where the gap between the NDA and the mahagathbandhan was just 0.1% percentage points.

She would conclude that in the absence of any clear hawa the election boiled down to the fourth factor -- tactical maneuvers, money, media, and of course the election machine. The BJP enjoyed an enormous advantage in this aspect. It overspent the opposition many times. Bihar media was notorious for its upper caste bias that fits in perfectly with deference to the ruling party. The entry of AIMIM was a special gift to the NDA, as it could only damage the mahagathbandhan. Although it is not clear if its votes led to the defeat of many MGB candidates other than the five places where MIM won, its shrill presence must have contributed to counter-mobilization of the Hindus in the communally sensitive districts in the northeast.

She would then notice a twist in the tale. All this should have given it NDA a comfortable victory but for a very risky and potentially fatal strategic move to encourage Chirag Paswan to rebel against Nitish and thus cut him to size. At the beginning of what looked like a one-horse race, this was a brilliant strategy but once Tejashwi brought some life into the campaign and Chirag overplayed his hand this appears too clever by half move. But as they say, nothing succeeds like success.

When this future historian of Bihar narrates the story of how the people of Bihar shaped their own destiny, she might notice that this grand collective exercise was devoid of real choices, was disconnected from the real issues of the time. Democracy might look like a fun game to her.