BJP, TMC Have One Thing In Common: Their Objection To Aishe Ghosh Leading Anti-CAA Rallies

It seems that the ruling Trinamool Congress wants to keep Ghosh at bay, for it doesn't want to see another Kanhaiya Kumar emerge in its backyard, writes Rajat Roy. 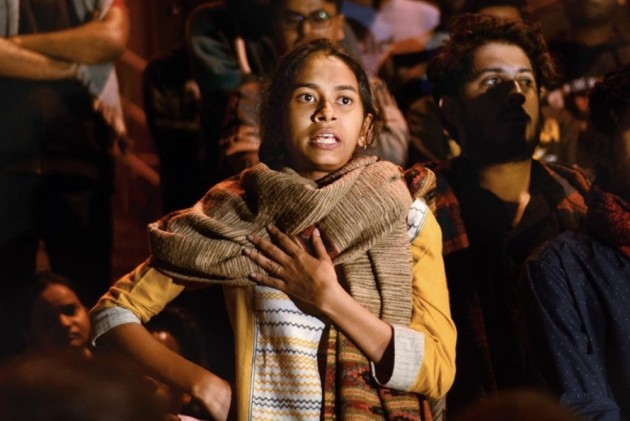 It's not just the BJP-led NDA government's police and Jawaharlal Nehru University (JNU) authorities that are circumspect of Aishe Ghosh, the president of the JNU students' union and an activist of SFI. Turns out, even the West Bengal police, under the Mamata Banerjee-led government, are careful and have, therefore, denied permission for a rally, which Ghosh was to lead. And now, the state universities aren't far behind.

On Thursday, the gates of Calcutta University’s College Street campus were shut to stop Ghosh from entering the campus. According to the university teachers, vice-chancellor Sonali Chakraborty Banerjee ordered authorities close the gates. This comes a day after the state police denied Ghosh the permission to take out a march against the BJP’s attempt to "saffronise the education" and its politics of communal polarisation in Durgapur, her hometown.

The police said the permission was denied to CPI(M) for security reasons, adding they were busy handling chief minister Mamata Banerjee’s march against the CAA the same day. Dismissing what the police said, Ghosh added that as an ordinary citizen she did not need any security cover.

The Ghosh-led anti-CAA march in Kolkata on Thursday was to pass through the Calcutta University’s College Street campus. Fearing that she might enter the campus, all the gates were locked and TMC students were deployed at the gates to keep a watch. It may be recalled that when the present governor Jagdeep Dhankar went to the university, of which he is the chancellor, he found the offices of vice-chancellor, pro-vice-chancellor and the registrar were closed and the vice-chancellor was not present.

However, Ghosh will address a rally at the gate of Jadavpur University. Earlier, it was planned to hold the meeting inside the campus, but ABVP, the student wing of BJP, had objected to that, saying an outsider should not be allowed to take part in students’ union election in the university. ABVP has, for the first time, fielded candidates for the students’ union election, four each in arts and engineering faculties. Besides SFI, the students' wing of TMC and some other organisations are in the fray. The election will be held on 19 February.

Reacting to the objections and obstruction to her rally, Ghosh said it was good to see the chief minister heading an anti-CAA rally in Durgapur, but it was unacceptable that she wouldn't allow other political parties or civil society organisations to hold similar rallies in the state. The ruling party’s intention was amply clear when a joint resolution condemning CAA, moved by the Congress-Left combine, was not allowed by them in the state assembly, but weeks later the TMC moved a similar resolution and got it passed.

Mamata had said time and again that since she was holding anti-CAA rallies, others need not organise parallel movement on the issue. Despite her discouragement, several political and social organisations are actively organising protest rallies throughout the state. It seems that the ruling Trinamool Congress wants to keep Ghosh at bay, for it doesn't want to see another Kanhaiya Kumar emerge in its backyard.