For all its grandstanding and attempt to occupy a high moral ground, the US as we all know is not exactly a paragon of virtue. But is there a need for India to do some soul-searching? 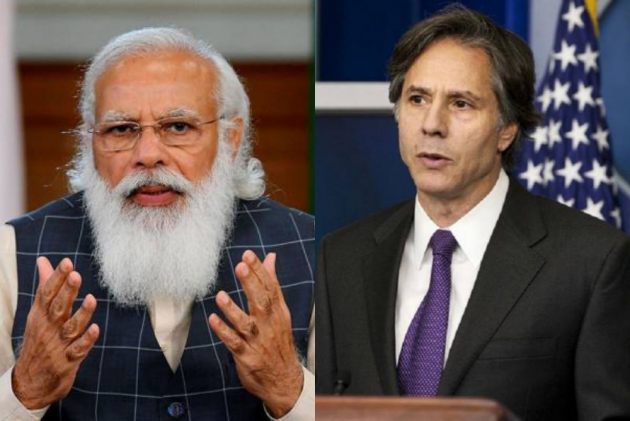 India and America will have a lot to look forward to for strengthening bilateral ties during US Secretary of State Antony J. Blinken’s maiden tour of our nation for two days (July 27 and 28). A range of issues having overlapping mutual interests are up for discussion, including Afghanistan, Indo-Pacific and Covid-related cooperation. But one discordant note in the talks between the two democracies could be the prickly issues of human rights and democracy which, according to a senior official in President Joe Biden’s administration, Blinken will flag during his meetings with Indian officials. In the world of democracy, barring a few notable exceptions such as the fallen Libyan dictator Muammar Gaddafi—who was an incurable motormouth—or the incurably uncouth former US president Donald Trump, words spoken are mostly nuanced, and a lot is usually left unsaid. Judging by that yardstick, the US official deliberately chose not to stress, while disclosing what Blinken will discuss, in great detail what he meant by human rights and democracy.

The larger message, however, is not lost and those in the know will tell you that the US—the modern world’s oldest democracy—is out to lecture India, the largest democracy, on the virtues of the two most eclectic principles that define a free-and-fair society: human rights and democracy.

That it has come to this is strange. Not entirely surprising, though. But for all its grandstanding and attempt to occupy a high moral ground, the US as we all know is not exactly a paragon of virtue. History tells us that it has been a past master at skulduggery and often excelled in what could at best be described as undoing democracies. It has brought down democratic governments and also invaded independent countries such as Iraq on specious grounds such as retrieving weapons of mass destruction that no one finally found. Its recent past under Trump has also been shameful, during which it forcibly separated children from immigrant parents and patronised some of the most ruthless rulers: from Saudi Arabia’s Mohammed bin Salman to Egypt’s Abdel Fattah al-Sisi.

But under new President Biden, the US has turned a new leaf. It wants the world to believe in its new avatar and Blinken’s desire to raise human rights and democracy for the purpose of reminding us of their importance is expressly for embellishing its own credentials. One may have a problem in listening to the US lecture and many may actually dismiss it as something akin to the pot calling the kettle black.

Yet, what should worry us more is that the US, despite its own chequered track record, has found India to be an ideal candidate for a lesson on something that normally should define a democracy as ours. How did it come to this, or where did we go wrong?

Of course, India isn’t the one to be talked down quietly. Our officials have responded and reiterated that India is “open to engaging those who now recognise the value of diversity”. They further seized upon the opportunity to stress that human rights and democracy are universal and extend beyond a particular nation or cultural perspective and that “India is proud of its achievements in both domains and is always glad to share experiences”. The well-crafted and hard-hitting response does not answer the moot question, though: why did the US choose India in the first place for the lecture? And does the blame for it in any way lie with us?

Being hugely polarised, with political opinions and loyalties sharply divided now, there will be a sizeable section who would primarily fault us for our misfortune. This vociferous section would like us to believe that India has under Prime Minister Narendra Modi turned into an autocracy where both human rights and democratic values have ceased to have any meaning. The litany of their complaints is something that we are well-versed with: the lynchings, the majoritarianism, the bigotry, the jailing of academics and activists on seemingly trumped-up charges that normally should not pass the test of any law.

True, Modi is by far the most popular leader in contemporary India, and he has resoundingly won elections that, the BJP’s recent reverse in West Bengal prove, are by and large still free and fair. But the manner the country is administered between elections is contested by many, and the resultant bad press and global perception that India has come to acquire is hurting its image, as evidenced by the US attempt to remind us of human rights and democracy.

More than a strong statement from the government, it is serious soul-searching that is needed for India to preserve its standing as a true democracy. Among everything else, even the recent Pegasus scandal over spying on politicians, journalists and activists hasn’t done it any good. Irrespective of whether it’s a reality or myth, the controversy has bracketed India with some of the worst autocracies such as the UAE, Saudi Arabia, Rwanda and Morocco, and flat denials by India aren't going to repair the damage done to its image.

Right or wrong, our prestige on the world stage runs the risk of being seriously impaired and it is incumbent on our rulers to stop the slide. No matter how dismissive we are, Blinken’s rebuke raises a red flag that we can ignore only by endangering our nation’s pride.