Bloomsbury Row: Indian Liberals Are Neither Indian Nor Liberal 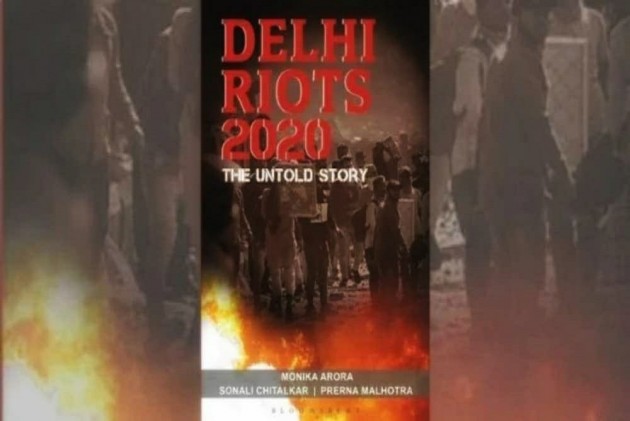 Indian liberals have the habit of shooting themselves in the foot and occasionally their head, like the recent Bloomsbury blooper showed. The reason is easy to fathom. Indian liberals are neither Indian nor liberal. The self-proclaimed Indian liberals often pour scorn and abuse on anything that appears popular, be it religion, sports, tradition, literature, films, or myths. A desperation to be noticed is evident in most of their bizarre acts.

Unlike the west, the growth of liberal intelligentsia in India is linked to Marxism, which has evolved to become another religion which is closer to Abrahamic creeds in its world view. Like its cousins, it also sees the world in duality, as an unending conflict between two opposing forces. It is eager to paint everything good or evil with hardly any space for any shades in between. It is a childishly simplistic view of the good triumphing over evil, with goodness being ascribed to oneself and the evil being anyone having somewhat different world view. It has its own holy cows, prophets, and preachers, who keep their flocks together by painting everyone else as monsters. They have appointed themselves as the protectors of minorities, forgetting the fact that India always had place for minorities of all hues, sexual, religious, or linguistic from time immemorial. No one has done more harm to minorities of India than these ‘liberals.’ The rise of militant Hindutva owes a lot to the ‘Indian liberals’ selective outrages and perpetual mockery of innocuous Indian beliefs.

Being liberal is the patience to hear conflicting views, however despicable it might be to one’s ears. Attack the pet issues of liberals and see them react in a way that would awe any religious fanatic.  When I tweeted about the Bloomsbury ridiculous ‘riding on the moral high horse of responsibility’ circus, I got tweets from infuriated guys asking whether I would support Hitler blaming Jews for Holocaust. I would never support Hitler or anybody who imitates Hitler by whipping up communal tension against another, but I would endorse Hitler’s right to say what he wants. Supporting Hitler’s right to speak is not the same as supporting Hitler, a point often missed by most.

The answer to such blatant propaganda is not suppressing it, but making our voice against it heard clear and loud. Else, what is the difference between the so-called ‘liberals’ and those who burn cities, offended by Facebook posts posted by some maniac? Everyone, even the vilest criminal waiting to be hanged, has the right to be heard. If a group of authors pressurize the publishing house to withdraw the book of another author, what does it say about them? Such strong-arm tactics are sure to backfire as the controversy will only help to popularize a book that might have otherwise gone unnoticed in the deluge of new books. Gone are the days when a few residing in the ivory towers of publishing dictated what should we read, who should get the awards and who should be called a writer. Many are questioning the nepotism in Bollywood now. In Publishing, such a fortress of pseudo-intellectuals has been breached a decade back. There is no dearth of publishers, and the self-publishing route has made book publishing democratic. In the future, when historians write about the sunset years of Indian secularism and India’s descent to the dark ages of Europe, such idiocy of quasi-liberal caucus would be a footnote in the grim tale.

(The writer is a Author, columnist, speaker and mythologist. Views expressed are personal.)