Opinion | 'Delhi Riots 2020': Bloomsbury Row Is Not Suppression Of Freedom Of Expression, But Victory Of It

When the peaceful, powerless, unorganised citizens show concern about organised propaganda of hate, it is their duty as Indians to do so. 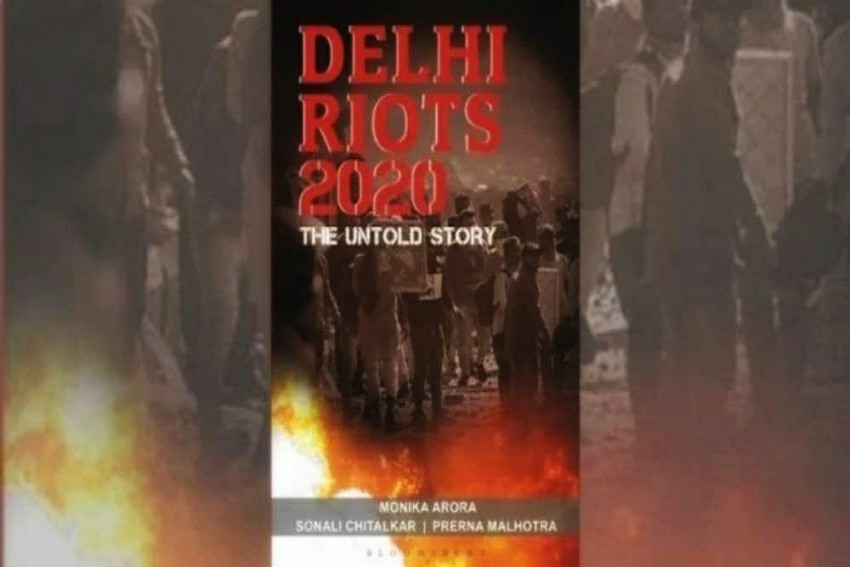 “Having different opinions is acceptable in democracy, but the two ways of viewing that issue can’t be that one follows Indian Constitution and one does not”, said senior BJP leader Bhupendra Yadav who was the guest of honour at the launch of the book ‘Delhi Riots 2020: The Untold Story’. At the very beginning of the launch on a video conference, Yadav said, “You have to decide to follow India’s Constitution, its institutions and its elections. The so-called 'Urban Naxals' and jihadis are weakening this theory of ‘Indianness’, which is very well put in this book.”

Another guest of honour present on this online panel was Kapil Mishra, who is accused of inciting the riots on which the book is based. Around the time of the riots in February, two of Mishra’s videos went viral. In one of the videos, he rejected to follow India’s Constitution and its institutions by threatening a police officer to take law in his own hands, and in the other, he said the Delhi Assembly election was about India vs Pakistan. In several other videos, he is seen calling anti-CAA protest sites as ‘mini Pakistans’ – implying that Muslims are not Indian.

As the book was withdrawn by Bloomsbury, liberals came to be bashed by a section of people.

Delhi Riots 2020: Who Fanned The Flames Of Hatred? Is Kapil Mishra Only To Blame?

Delhi Riots: Does Delhi Police Want To Steer Probe Towards A ‘Particular Direction’?

In a recent piece in Outlook, Anand Neelankantan wrote that Indian liberals are neither liberal nor Indian. After Bloomsbury decided to withdraw the book, many people have accused liberals of being intolerant and suppressing freedom of expression. Many who identify themselves as liberals have also argued that it should not have been censored.

What they fail to understand is that few citizens peacefully tweeting their logical criticism and a publisher withdrawing the book is not banning or censoring. It is, in fact, a healthy democratic exercise. More importantly, a group launching a book that can incite violence and unrest through its misinformation - which it is seriously accused of doing in the past - is hate speech and not freedom of expression.

After declaring that liberals, who he doesn’t agree with, are not Indians, Mr. Neelankantan describes in detail how they are extremely intolerant with an opposing view.

Far from suppressing freedom speech, the withdrawing of ‘Delhi Riots 2020’ by Bloomsbury is a victory of freedom of expression in India. When the entire state machinery is busy curbing any form of dissent, when the TV news media has largely turned into hate speech platform to threaten the views against ruling dispensation, one can clearly say there is no level playing field.

Even on online platforms, the organised social media armies are made to attack, threaten and abuse any form of opposition. And when platforms like Facebook are found complicit in supporting the government, even if it means ignoring incitement of violence, one has to admit the achievement of liberals in making their voice heard in a hostile environment.

Similarly, in the film industry, the ones critical of the government – most of whom are outsiders - are maliciously targeted and asked to fall in line in the garb of fighting against nepotism and for justice to a lost life.

When activists, students, professors, journalists, writers, and poets are continuously arrested on baseless and laughable charges, it is called suppressing of freedom of expression. When citizens ask a publisher about the authenticity of a sensitive work, it is called exercising moral responsibility.

When the journalists of Caravan were attacked while doing a story on the Delhi riots, it is called blocking their right to bring out the truth. When the peaceful, powerless, unorganised citizens show concern about organised propaganda of hate, it is their duty as an Indian.

Content of the Book and Views of Its Writers:

Many people have argued that just because Kapil Mishra and the OpIndia team -- responsible for spreading fake news during the riots -- were invited to the book launch event, how could one be sure that the book also contained hate speech. That argument may hold some truth in it. In fact, most of us didn’t know much about the authors. But the book launch event, which happened a few minutes before Bloomsbury announced its withdrawal, is enough to clear any doubts. The event that lasted more than two hours was all about hate speech and misinformation.

Prerna Malhotra, a Professor at Delhi University, was one of the writers of the book to speak in the panel. In an animated oratory style of a seasoned politician, she straight away declared, “I would like to tell you that Delhi riots were an organised conspiracy of the left lobby and Islamic fundamentalists.” “It was a result of the mindset of this alliance between Urban Naxals and jihadis,” she continued while referring to a paper or a screen, “Delhi riots were not riots but a first of its kind Maoist type urban warfare in India.”

The second writer Sonali Chitalkar proudly said that this book takes a stand, but it takes a stand against Islamic jihadists and Urban Naxals. At this point I had lost count for the number of times ‘jihadi’ and ‘Urban Naxals’ were used. But Sonali soon thanked Vivek Agnohitri for introducing us with this term. Vivek was also one of the guests of honour. According to his own interpretation, the list of Urban Naxals is endless and vague. This term introduced by him was also used for anti-CAA protestors by the Home Minister as well as the Prime Minister. However, in an RTI application filed by India Today, Home Ministry has said that it does not have any information about who Urban Naxals are.

Nupur Sharma, the editor of OpIndia, focused on proving how it was an anti-Hindu riot. Her speech was packed with misinformation ranging from statements like student activist Ladeeda giving an open call for Jihad to referring Kapil Mishra as Kapil Sharma.

After adding some more fake news about the riots and Shaheen Bagh, which have been busted many times over the months, the last speaker and writer of this book, Monica Arora finally addressed the elephant in the room. Monica defended Kapil Mishra’s infamous hate speech and said she would have said the same thing; in fact, anyone would have said the same thing when ‘such goons block roads’.

This is exactly why the liberals protested the publication of this book. It is not only whitewashing but also justifying the hate crimes and is blaming the violence on peaceful protestors and students without any substantial proof.

Several people have questioned why someone should protest without reading the book. Some speakers have discussed its content briefly and it does look problematic. Here is roughly the list of chapters given by Monica Arora. 1) Introduction, 2) Theory of Urban Naxalism and Jihadism, 3) Citizenship Amendment Act, 4) Violence in University like Jamia, 5) Shaheen Bagh Model, 6) Riots in northeast Delhi, 7) Conclusion, 8) Ground stories and narratives of victims, And 5) annexure.

Maybe perceiving this book and Kapil Mishra’s presence as just ‘another opinion’ is the result of normalising hate. And lack of general opposition could be the reason why calling it out is now perceived as bullying.

Normalisation of such hate has shifted the ‘Overton Window’ so much to the right that the unthinkable is now accepted. When Mr. Neelankantan says that the rise of militant Hindutva owes a lot to the Indian liberals, it seems similar to the entire logic of all panellists on Delhi riots.

This week, two news stories were widely discussed – The Facebook-BJP hate speech controversy and the Bombay HC’s remark on Tableeghi Jamaat's media coverage. Facebook is also held accountable in the past for allowing the organized hate speech to flourish in Myanmar which resulted in Rohingya Genocide. Calling out the irresponsibility of these platforms is important to avoid such hate crimes. Calling out the publisher of such a book is no different.

So when Mr. Neelankantan says that ‘I would never support Hitler, but I would endorse Hitler’s right to say what he wants’, either he is being too ignorant or is okay with being complicit in a genocide. He fails to understand that Hitler had all the means to make his voice heard and get it implemented. His freedom was not in danger that needed his support. His misuse of power, demonising a minority and then killing millions of them was the real problem.

He talks about the ‘fact that India always had a place for minorities from time immemorial’. Contrary to this myth, the caste system is an undeniable history of our land. There was no equal place for Shudras, Dalits, Tribals and other minorities in India. It was the reformers like Mahatma Phule and Dr. Babasaheb Ambedkar who called out this institutionalised hate, pointed out the lies spread by the ones holding power and made this a more equal place to live. Every Indian needs to do the same.