It is the audience that remains the ultimate arbiter of a film’s destiny. They can make 'Kaagaz Ke Phool' a flop and 'Ranga Khush' a hit. 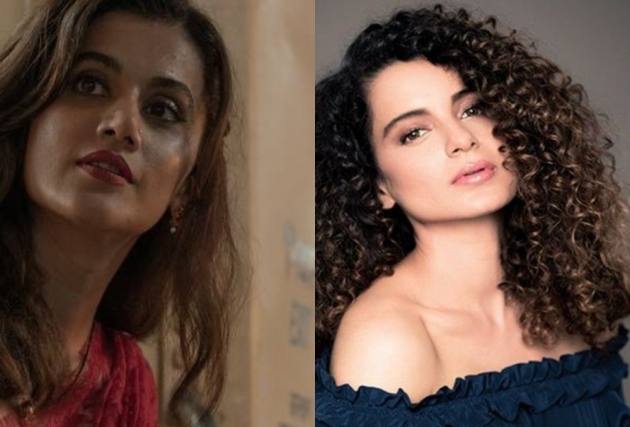 A film critic is a necessary evil in Bollywood, and the young guns from the industry will have to learn to come to terms with it just the way their predecessors did.

Praised to the skies for her performance in Anubhav Sinha’s 'Thappad' (2020), Taapsee Pannu was probably expecting a similar response for her latest release, 'Haseen Dillruba', which dropped on the unsuspecting audience via Netflix recently.

The movie was, however, panned not only by most critics but also trolled despite a publicity overdrive in the run-up to its release. The 33-year-old actress was understandably upset, as her response to the film’s criticism on social media suggested.

Taapsee - who has launched her own production house, ‘Outsiders Films’ now - is not the only star who needs to take criticism in her stride and let her work do all the talking. Many young actors nowadays take exception to negative reviews of their films and even suspect a mala fide motive of the reviewers.

Taapsee’s bête noire, Kangana Ranaut went to the extent of calling a film journalist “bikaau (saleable)” during the promotions of 'Judgementall Hai Kya' (2019) apparently, because he had criticised her previous film, 'Manikarnika: The Queen of Jhansi'. But they should remember that good films and bad films are part of the repertoire of all actors, howsoever great, and nobody should not expect plaudits for each of their performances.

Film stars and film journalists have shared a love-hate relationship from the very beginning. In fact, compared to the olden days, today’s film critics and journalists are rather innocuous in their criticism, as they generally refrain from making personal attacks (unless, of course, one considers someone called Kamaal Rashid Khan to be one from the fraternity!).

Anybody who has heard of Baburao Patel or read his Film India magazine knows how acerbic a film critic could be. For many years, he remained the most feared man who did not spare any 'holy cow' of the film industry. He was the original “anti-establishment” scribe of Hindi cinema who loved to blast impeccable reputations to smithereens at the drop of his pen.

Devyani Chaubal aka Devi, who wrote a widely-read ‘Frankly Speaking’ column in Star & Style continued Patel’s tradition with her bombshells of revelations about the secrets of the personal life of megastars. The 1970s also saw a phenomenal rise of film magazines which made a fortune by publishing juicy gossips about popular stars in every issue.

The industry people, in general, would often decry what they called ‘yellow journalism’ back then but few would turn down the requests for an exclusive interview or a photoshoot from the same magazines.  Also, they would also happily feed all the salacious tidbits of their rivals to those publications.

It was not as though gossip magazines were the only anathema for the industry. Many film reviewers writing for the serious national dailies also believed in calling a spade a shovel. When Kishore Kumar made a film called 'Door Wadiyon Mein Kahin' in 1980, a reviewer of a leading daily made the legendary singer-actor so incensed that he placed a two-page advertisement in a popular trade weekly to counter his views, carrying not only all the reviews of other publications but also the opinion of great Satyajit Ray about his movie.

The industry otherwise did not film reviews seriously in the post-Baburao Patel era, when the write-ups became more pedantic and serious in nature. In fact, the producers would get really worried if one particular film reviewer of a leading daily showered fulsome praise on their films. Reason: whenever he would dismiss a film as being a 'total waste of time’,  it would invariably turn out to be a blockbuster. Ramesh Sippy’s 'Sholay' (1975) was just one example.

In the social media era now, reviewing a movie is no longer the exclusive preserve of a handful of film reviewers. Millions of opinions are exchanged after a teaser of a trailer of a film is released. It often makes or mars the box-office prospects of a film even before the release of a film. It happened in the case of Mahesh Bhatt’s 'Sadak 2' at the height of the Sushant Singh Rajput death controversy last year.

With word-of-mouth becoming so important for a new film nowadays, stars and filmmakers appear to be getting increasingly intolerant of criticism by the day. Since the stakes are so high, they indulge in all kinds of gimmicks and promotions to make their film work. but they get bitterly upset if their movies get a ‘negative press’ at the end of the day.

They tend to conveniently forget the fact that no reviewer or PR machinery can make a bad film work or pull down a film with good content. It is the audience, as always, that remains the ultimate arbiter of a film’s destiny. They can make a 'Kaagaz Ke Phool' (1959) a flop and a 'Ranga Khush' (1975) a hit.