In his new book, Sanjaya Baru deconstructs the morphology of the Indian power elite-comprising remnants of a feudal gentry, kulaks, a metropolitan business class, the civil services and a cultural elite of opinion-makers. 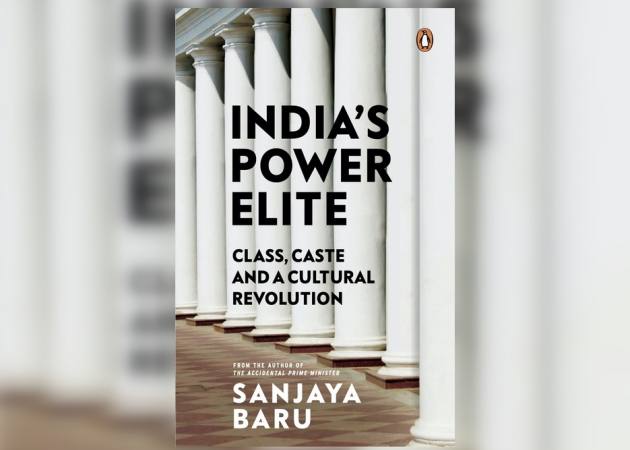 Shifts in Political Power and Wealth

Wealth remains, above all, the most important determinant of power. Several recent studies have focused on the role of ‘money power’ in politics and the nexus between crime, business and politics.  The rising cost of election campaigns, the inability of the state to enforce rules pertaining to election funding and, more recently, the brazen manner in which political parties in power are able to corner bulk of the funds provided by corporates and other donors has made politics a game of the rich in which the wealthy become wealthier and are able to become politically more powerful.

It is not, therefore, surprising that a disproportionate number of the elected representatives of the people are wealthy. There had been some dilution of this aspect after Independence with more members of the middle class—especially rich peasants—entering politics. However, as election expenses have grown and with the rising importance of political office as a source of both power and wealth, there has been a rise in the number of wealthy among the elected representatives of the people.  Consider the social composition of the 17th Lok Sabha elected in 2019. It has more wealthy members than any other Lok Sabha in the past half-century. Data collated by the Association for Democratic Rights shows that as many as 475  MPs (constituting 88 per cent of the 539 MPs for whom data was available) have assets upwards of Rs 10 million (one crore), slightly up from 443 (82 per cent) in the 16th Lok Sabha. Out of 542 winners analysed during Lok Sabha 2014 elections, 443 (82 per cent) winners were crorepatis. In the 15th Lok Sabha (2009–14) the comparable number was appreciably less at 315 (58 per cent).

The ADR study shows that not only had MPs become richer during the five years they were members of the Lok Sabha but that in successive elections since 2009 the proportion of ‘crorepati’ candidates among the victors has also risen. In other words, the wealthy had a better chance of securing admission to political office, while the latter was an important source of acquiring wealth. In a country with a nominal per capita income of Rs 120,000 per annum, and at least a fifth of the population living in abject poverty, it is surprising that an overwhelming number of elected representatives, both in the Lok Sabha and in state assemblies, are millionaires if not billionaires.

The ADR data showed that with the exception of MPs from the communist parties, all other MPs of all other parties were millionaires, with the BJP having the largest number of them. As many as a third of MPs in the 17th Lok Sabha had assets worth more than Rs 50 million, while average assets per winning MP was Rs 21 million. The wealthiest MPs, however, came from smaller political parties like YSR Congress, Nationalist Congress Party, DMK, Telangana Rashtra Samiti (TRS) and Akali Dal.  These are, of course, declared assets, and that too, in the name of the specified individual and not of all family members taken together. Many wealthy Indians hold considerable wealth in the name of their spouse. The ADR data also shows, interestingly, that MPs from regional parties like the Akali Dal, TRS and the Nationalist Congress Party saw the highest increase in wealth of sitting MPs between the elections of 2014 and 2019.

The shifts in Indian politics over the past seven decades have, without doubt, shaped the composition of the political power elite. Their caste, class and regional composition has certainly changed. The rise of intermediate castes, the OBCs, has been one of the major structural changes in both the class and caste composition of the ruling political class. Yet, the land-owning upper castes have retained their place of prominence and dominance in many regions. From the Jats and Rajputs of north India to the Marathas and Patels of western India and the Reddys, Kammas, Velamas, Chettiars and Nairs of the south, upper castes have retained their presence in politics.

The role of money power in politics has only increased with time and this is reflected in the wealth of elected politicians. For all his anti-elitism, Narendra Modi presides, along with his colleague Amit Shah, over the wealthiest and cash-rich political party in India today. With the decline of the Congress, the balance of power and wealth has shifted in favour of the BJP, which is one reason why the loss of power in wealthy and cash-rich Maharashtra would hurt the BJP. Politicians from the more developed states, like Maharashtra, Gujarat, Tamil Nadu and Punjab-Haryana, as well as politicians with roots in regions where their access to natural resources has enriched them—like the Reddy brothers of Karnataka—are valuable assets for political parties and their leadership. Politicians who have made their millions in mining or politicians from the coal mining regions where they are hand-in-glove with the coal mafia have greater access to financial resources than politicians from states with fewer rent-seeking, wealth accumulating possibilities.

Where you come from and how you make your money determines where you are on the political power ladder. In every regime, at the centre and in the states, there are individual politicians with more influence and clout than their counterparts. Their power is defined both by the electoral support they command as individuals, not dependent on their party machines, and the financial resources they are able to mobilize for their party. If the consolidation of a political base occurs in a political family's first generation, its conversion into wealth begins with the first generation but accelerates during the tenure of the second generation.

As the foundations of wealth accumulation shift—across sectors, regions and social groups—the composition of the political power elite also undergoes a change. With each passing decade a new set of wealthy politicians becomes powerful and a new generation of the politically powerful becomes wealthy. For all their anti-elitism, Modi and the BJP have become increasingly dependent on the wealthy, the landed and the cash-rich to keep the wheels of political power well-oiled. Corporate funding of political parties has sharply increased over the past decade and, in the run-up to the 2019 elections, BJP cornered nearly 90% of all corporate donations to political parties. The gradual loss of power, on the other hand, has deprived the Congress Party and its leadership of their funds.