It belongs to the essence of the present Brazilian and Indian systems that governments will play the main role in integrating any effort or idea. 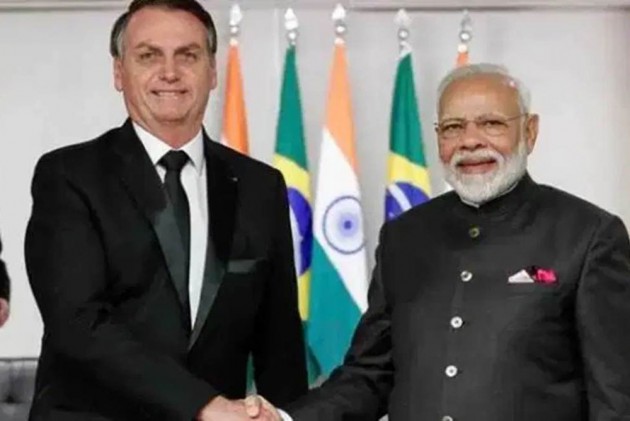 Brazilian and Indian diplomacies are renowned internationally for the outstanding negotiating ability of its professionals who - in the opening of any multilateral forum - start up at the same side. Poverty, inequality and corruption are also, unfortunately, shared many times with a sense of humour or optimism considered disastrous by other nations and cultures.

However, amidst such a considerable portfolio of oppositions and disagreements, they share a considerable number of activities and basic social functions and needs. Divergence rather than convergence rules.

I could start with agriculture, a fundamental issue for any developing country.  Despite several nuances that this concept acquires in each case, the two countries are, as complex as they may be, developing. Brazil, along with the US, became superpower in the global agribusiness by setting up large-scale plantations, heavily automated and increasingly digitised and engaging highly-skilled workers. India is still mostly tied to small-farm agriculture, supplying at different hierarchical levels -- from the local community to the world market -- depending on the product. Though both countries are gigantic world suppliers of sugar, in several other goods, competition takes an asymmetric form, raising suspicions and protectionist reactions from the less advanced side.

Keeping in view the economic dimension, information technology -- partially thanks to its international diaspora in key world innovation centres -- is an area where India excels. Brazil has a small elite group in the same sector with a high growth potential, but the two sectors act in different geographies. It’s almost correct to say that they live in a new version of the b2b acronym: back to back. The fact that many Indian citizens speak English creates a further division regarding the scope of massive services anchored in modern telecommunication facilities.

Interactions and trade do exist, such as in fertilizers, pharmaceuticals and chemicals, but trying to avoid a national bias and not naming specific issues, red tape complaints plague many of the existing flows. Although more trade should take place, competition from other main diaspora destinations in North America, notably Canada, jeopardises many opportunities.

The defence industry is another area where co-operation seems probable but the business reality denies the opportunity. Hosting similar ecosystems in select regions, as well as facing similar technical constraints, there is room for targeted ventures to supply markets germane to both countries. Both cannot be considered strongly linked to the global value chains mesh and could help each other.

If one contrasts the pace of the economic interactions with that of select cultural dimensions where a presence and a market niche has been construed in an encompassing way, like Ayuverdic medicine, the need for a better explanation for the oppositions and sheer disregard becomes urgent.

Geopolitics seems to hold the key for the mild paradox. The two democracies as systems are not really similar and, unfortunately sharing some of the same shortcomings, operate in modes far apart.

An energy-dependent country, surrounded by neighbours with which it has sour relations, sharing a crucial Himalayan border with China, while embedded in an ocean that is an anti-chamber to the Persian Gulf on one side, and the South China Sea on the other, India is obliged to be a geopolitical actor of a drama where, to many degrees, Brazil is no player and nurtures no ambition to become one. Immersed in another, non-congruent reality, Brazil, when looking to India, is often obliged to extend the view to China – its most important trade partner and an increasing source of much-desired investment overlooking the subcontinent.

The geopolitics separates both the countries and neither of them is or will soon become a strategic priority to the other. Sound and fury for one may have a strongly different connotation, not to say impact, for the other. The time of action and common endeavours, as a consequence, flows rather slowly when it is not forgotten or overtaken by more pressing issues.

Noble developments, like the BRICS, could be raised as antidotes to the above picture. Without denying the attractive characteristics of this grouping and its relative success, the very geopolitics again makes for considerably different objectives for both BRICS members. India used it as an important step to the world high table, Brazil as a lucky free-rider in the international scene, in the company of broadly powerful, if not mainstream characters. After successfully creating the New Development Bank and establishing moderate visibility as an international association, it is fair to say that BRICS can no more be expected to be a determining factor for deepening of the bilateral relationship; future relations will be a function of the bureaucratic timing of this integration.

Much can be done if a clear vision of the expected output and the right engagement of non-governmental actors is pursued. It is not hard to believe though that in both countries, independent initiatives from all segments of the civil society could boost the relationship somehow.

As civil servants know, many times, relations left to lower ranks -- provided the goals and mutual benefits are clear -- may move faster and smoother than expected, posing less problems for the overall functioning of several tasks.

It belongs to the essence of the present Brazilian and Indian systems that governments will play the main role in integrating any effort or idea. Time, patience and active follow up will be key factors for success. Re-establishing an official annual or bi-annual dialogue, when a thorough evaluation and discussion of the ongoing relations takes place, looks fundamental.

Let’s hope this visit by the Brazilian President, with a group of government and entrepreneurial representatives, signals the beginning of a more mature and grounded interchange in which mutual learning and concrete projects will eventually ensure a sustained convergence between two countries. A partnership may then come up.