By Inculcating Moral And Political Democracy, India Can Yield A System Which Inspires Change

In a democracy, competence and deliverance alone are not enough. The public service also has to be representative if the state is to liberate rather than enslave. 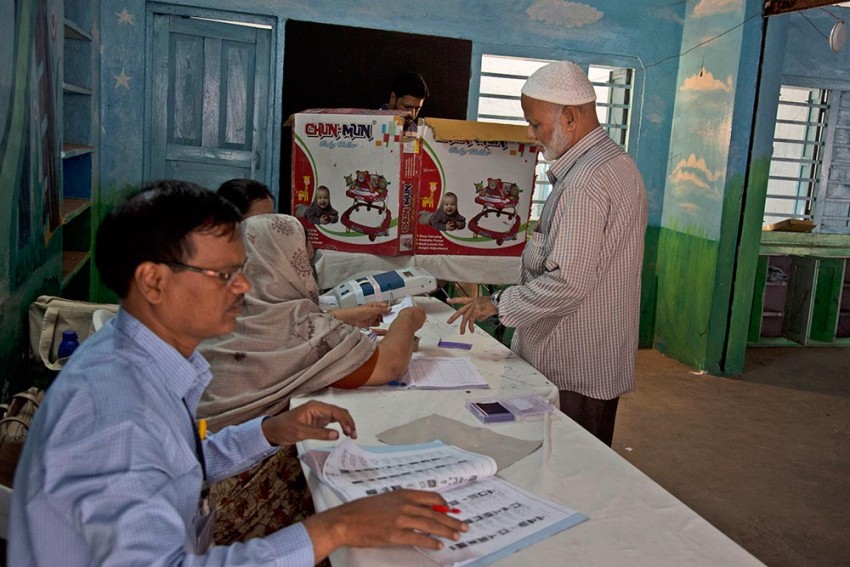 A polling officer puts the indelible ink mark on the finger of a voter in Hyderabad.
File photo
Suheel Rasool Mir 2020-06-07T17:00:00+05:30 By Inculcating Moral And Political Democracy, India Can Yield A System Which Inspires Change 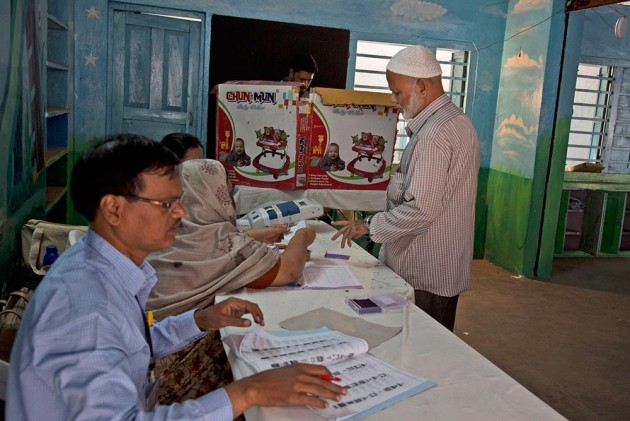 Democracy is the system whereby everyone is treated as equal, no matter what the inequalities and handicaps are. Since the advent of "neo-nationalism", the idea of democracy is turning out to be an elite concept, with little scope for welfare. As per the book-view of Democracy, a government is supposed to be "of the people, by the people and for the people". But this idea never touched upon the dynamic implications and significance such a vast concept had for a multi-diverse country like India.

The other aspects of democracy, which can be imbibed by socio-political culture in a public sphere, shall yield results once we begin connecting theories with practice. On a personal level, getting one’s foot into higher education in India was a transition for me towards understating fascinating terms like Democracy, Nationalism, Neo-nationalism and Secularism. Prior to higher education, political-learning was a bit introductory and only dealt with political awakenings that strove for better roads, electricity and food rather than an overall and inclusive political change. Shared cultures and religions we were taught of in mere superficial sense was mostly a social learning for us rather than an "institutionalized one". Even today, the dissemination of knowledge related to nation-building and integration is not taught in full spirit. Such a pedagogical approach merely helps in getting an insight into vast concepts such as national and religious harmony, introducing docile minds to these terms without generating a critical awakening in them.

Protecting the fraternal spirit to have equal rights for all may not be practical at all times, especially when inequalities weigh heavier than equalities in times such as these. Certainly, the "Architect of Indian Constitution", Baba Saheb Ambedkar, had all these things in mind as they have a quintessential role for a balanced and healthy society, where dissension matters and everyone's rights are being considered and valued.

It is freedom that makes the country rich. In a democracy, competence and deliverance alone are not enough. The public service also has to be representative if the state is to liberate rather than enslave. Public organizations with equal representation of minorities in decision-making are more likely to produce healthy outcomes. There should be no concept of ‘the other'. Simply put, belief system of a particular sect should not halt progress and nation-building. Rather, everyone’s belief system should synergize the process of unification and national integration.In India of today, there is a growing cry for uniting elements which can dispel the differences and bridge the gaps.

Political-elites, who run a democracy devoid of its moral-aspect, always and everywhere seek to grab and control the government, homogenizing the otherwise heterogeneous diversity which then falls prey to the mighty political structure. It is the same moral-aspect in a democracy that keeps a check on such elites and thus, contributes in the effective running of democratic-processes. It is only by inculcating moral-democracy with political-democracy can India yield a political system which can be more people-oriented rather than party-oriented. In the absence of a people-oriented democracy, encouraging a bottoms-up approach and giving powers to institutions outside the elite political structures can strengthen both civil-society and political society. This can holistically build any nation stronger by percolating the ideas of shared-values and national integration right to the bottom.

In the configuration of any political structure, voting should not be done merely to 'make the legislators but to make a nation'. For this, we need to elect and choose our representatives wisely. We need to send capable persons in there, which will do the job not for themselves or for the party, but with a wider perspective of doing this job for the nation. In this way, the faults of democratic electoral politics like absence of transparency, criminality, induction of elites and the privileged, dynasts make any democratic system inefficient by its very inability to offer meaningful choices to voters based on merit. Likewise, apart from political leadership, religious leaders too have a role in a democracy. Considering religion as the sole moral compass for value-comprehension undermines the role of religion as a tool in making any nation strong democratically.

In present times, India is taking a somewhat turbulent turn, since politics has been given freehand to override and manipulate the structures of every nation-building edifice, which mostly has a dangerous influence on the social structure too. Some scholars, academicians and politicians have talked about the wider ‘Crisis of Trust’ in society. In India, mistrust and suspicion have spread across all areas of life and supposedly with good reason. Progressive citizens in India no longer trust governments, politicians and legal institutions including law and police. But wherever there is mistrust, there is consistent struggle for developing that trust. Whenever there are divisive groups in a society, there is always that element of "my things are better than yours”, but efforts should be made for reconciliation rather than intensification.

Yes, considering the wave of "pseudo-nationalism with its iconography", there is a growing discontent and threat of nationalism getting defined through radical elements, trying to hijack the nationalism and its wider applicability. In India, people are being silenced and crushed in the name of nationalism. Nationalism is an abstract concept of unity when it comes to diversity of individuals in an ideal-space, but is one of the most difficult concepts to apply in a system, particularly a political one, given the clash of ideas/interests/and political capital involved in such structures. Indian nationalism, for some time, was centred around the development and enhancing the welfare of the individuals rather than that of collectives. But given the rise of ideological push the nation is in right now, "it is turning out to be a great menace for the nation itself”. Nationalism ought to be structured around 'national interest' first and should revolve around the main paradigm of development and innovations. Yes, there are some watershed developments taking place all around the world regarding the ‘concept of nationalism’, which are mostly launched by individuals rather than by nations. With some iconography attached to these concepts, they are turning out to be very belligerent and frenzied.

Let us talk in general about the direction of development of India and the world. In a study, which was conducted by Rangarajan and Amitabh Kundu, it is obvious that 'disparity is increasing'. More or less, this is the case elsewhere in the world as well, but is brushed under the category of "sustainable development", where consistent sustainable un-development is being neglected and is the reality of the existing "development discourse".

As democracy is becoming so common, we might expect it to be working in a highly successful way. Yet this appears not to be the case. Almost everywhere, established democracies are in some difficulty.

(Author is senior researcher at department of sociology, university of Kashmir. Views expressed are personal.)