CAA Notification: A Backdoor Measure That Could Prove Difficult To Roll Back

As the Centre has not declared the data relating to the proposed beneficiaries of CAA 2019, the benefits are sought to be given through backdoor entry without awaiting the decision of the SC. 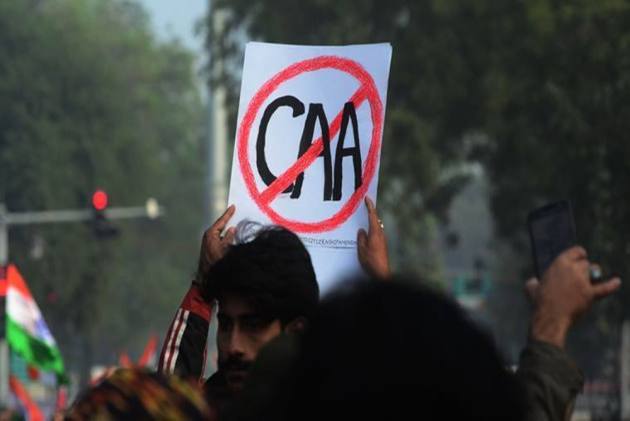 More stories from M.R.Shamshad
View All

Almost at the same time, the Centre started the process of granting citizenship to people belonging to these religions coming from arbitrarily selected neighboring countries, and finally, the amendment to the Citizenship Act 1955 was introduced in the Lok Sabha on 19 July 2016. The Amendment was referred to a Joint Parliamentary Committee (JPC). The Central Government had stated to the JPC that there were “31,313 persons belonging to minority communities who have been given long term visa on the basis of their claim of religious persecution in their respective countries and want Indian Citizenship.”

Probably because of the temporary nature of the 2015 notifications, the government considered it appropriate to initiate an executive action in 2016 rather than going through the rigours of parliamentary approval and a JPC debate, as it did in the case of CAA.

Before the 2019 amendment, the Act of 1955 has undergone about 9 amendments between 1957 to 2015 but it remained region and religion-neutral. In the Citizenship Amendment Act, 2019, for the first time, the government chose religion and region as the basis for granting citizenship to a foreign national.

The legality of the 2015 notifications and CAA 2019 are sub-judice in about 200 writ petitions in the Supreme Court of India. They did not get the chance of substantive hearing like challenges to other major legislations like criminality of triple talaq, amendment in UAPA, the Kashmir issue, etc. Incidentally, all these legislations propagate anti-Muslim rhetoric and majoritarianism.

On the other hand, it is noticeable that the Supreme Court has taken up other urgent and non-urgent matters of national importance by prioritizing the hearings of matters at the administrative level or by passing judicial orders for their listing on an urgent basis. A few examples are issues relating to the Central Vista, Maratha Reservations, Tata & Mistry, the contempt action against lawyer Prashant Bhushan, etc. They were finally disposed off through virtual hearings in the Supreme Court.

Section 5 of the unamended Citizenship Act, 1955 could be invoked to grant citizenship, if the individual was not an “illegal migrant”. Through the CAA 2019, the definition of ‘illegal migrant’ has been altered by stating that “Any person belonging to Hindu, Sikh, Buddhist, Jain, Parsi or Christian community from Afghanistan, Bangladesh or Pakistan, who entered India on or before the 31st day of December 2014 and who has been exempted by the Central government by or under clause (c) of sub-section (2) of section 3 of the Passport (Entry into India) Act, 1920 or from the application of the provisions of the Foreigners Act, 1946 or any rule or order made thereunder, shall not be treated as an illegal migrant for the purposes of this Act.” CAA 2019 has also amended Section 6 by adding Section 6B. Hence effectively, this amendment is an amendment to sections 5 & 6 of the existing Act. After notification of the CAA 2019 on 12 December 2019, all amendments done through CAA 2019 were merged in the existing Act of 1955. Thereafter, all the references shall be as ‘the Citizenship, 1955 Act’.

The very aim and objective of CAA 2019 on record are that under the unamended provisions of the Citizenship Act, migrants from Hindu, Sikh, Buddhist, Jain, Parsi, or Christian communities from Afghanistan, Pakistan, or Bangladesh who entered India without valid travel documents or if the validity of their documents has expired are regarded as illegal migrants and ineligible to apply for Indian citizenship under section 5 or section 6 of the Act. Hence, through CAA 2019, the government proposed to make the said beneficiary migrants under the 2015 and 2016 notifications eligible for Indian citizenship. To justify the said stand, the Central government has stated, in its affidavit in the Supreme Court, that the “CAA is a benign piece of legislation which seeks to provide a relaxation, in the nature of an amnesty, to specific communities from the specified countries with a clear cut-off date.” It also stated that the CAA is a specific amendment that seeks to tackle a specific problem prevalent in the specified countries i.e. persecution on the ground of religion in light of the undisputable theocratic constitutional position in the specified countries and the Parliament, after taking cognizance of the said issues over the course of the past seven decades and having taken into consideration the acknowledged class of minorities in three specific countries has enacted the CAA 2019. Hence, “CAA is a narrowly tailored legislation seeking to address the specific problem.”

Recent Notification for Grant of Citizenship

A notification of the Central government issued on 28 May 2021 directs that powers exercisable under it is for registration as a citizen of India under section 5, or for grant of certificate of naturalization under section 6, of the Citizenship Act,1955, in respect of any person belonging to the minority community in Afghanistan, Bangladesh, and Pakistan, namely, Hindus, Sikhs, Buddhists, Jains, Parsis and Christians, and the process shall be done through a collector or the secretary and after examining the application and being satisfied with the ‘suitability of the applicant, they will be granted citizenship by registration or naturalization by issuing a certificate for the same.

This action of the Central government is nothing but action under CAA 2019, more specifically if one reads the intention of bringing the CAA 2019 and the government’s defence with respect to the CAA in the Supreme Court. As per the government’s stand itself, one can see that there is no other legislative mechanism to grant such ‘class citizenship’ as it is sought to be done through this notification.

First of all, the entire matter is sub-judice in the Supreme Court. No responsible government should move in this fashion; knowing well that the benefit granted to the applicants shall become almost irreversible because (later on) the courts, for multiple reasons, would not want to get into this exercise.

Secondly, it is an arbitrary exercise. There are no rules to determine who is a ‘suitable’ applicant; as stated in the notification. Where is the guideline to determine as to whether the applicant was ‘persecuted’ or on what basis the collector shall determine that he or she entered India prior to 31 December 2014.

This will lead to chaos, and all the collectors shall end up adopting different yardsticks.

Since the government has not declared the data relating to the proposed beneficiaries of CAA 2019, the benefits are sought to be given through backdoor entry without awaiting the decision of the Supreme Court. In this process, citizenship shall be granted to every doubtful individual except Muslims; only because he or she is a Muslim.

On the face of it, it appears that through the backdoor by illegal and colourable executive action, the government is moving towards making the entire debate a futile exercise during the pendency of the matter in the Supreme Court. If it is permitted, later on, the government may state that they have achieved the desired goal and the matter pending in the Supreme Court has become infructuous leaving no remedy but to accept the fait accompli.

(The author is a Supreme Court advocate. Views expressed are personal and do not necessarily reflect those of Outlook Magazine.)