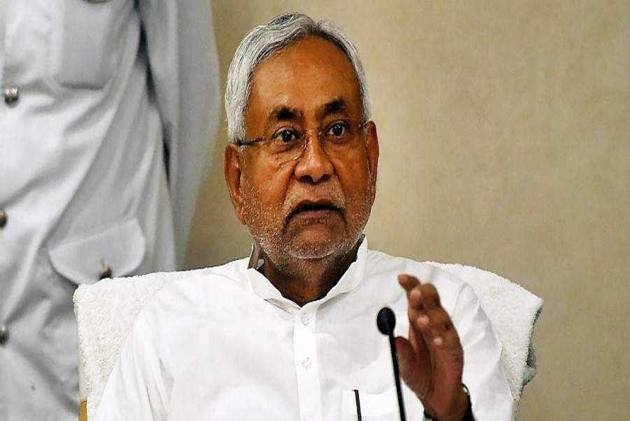 Bihar Chief Minister Nitish Kumar often likes to fashion himself as a “Vikas Purush”. But he also makes common causes with RJD when found convenient. RJD is a byword for family rule in Bihar. Nitish recently credited RJD’s Tejashwi Yadav with coming up with the idea of an all-party delegation to meet Prime Minister Narendra Modi with their demand of a caste-based census.

Nitish Kumar has pitched for a caste-based census in Bihar and the country. This has been the demand of parties like RJD. The idea has increasingly found a willing taker in Bihar BJP, even if some have questioned the wisdom of holding such an exercise. As Bihar Minister, and BJP leader, Janak Ram, who was part of the Nitish-led delegation to have met the PM, said: “Whatever PM Modi decides will be acceptable to all.” This is a sentiment that resonates widely.

Only recently, both the Houses of Parliament passed a Bill that makes it possible for the States to decide on their respective OBC lists. The debate on August 10 and 11 provided us a useful account of the political parties’ commitment to social justice and equality, including historical perspectives.

BSP’s Ritesh Pandey talked about progressing from “Jativad” towards a “Samtamulak Samaj”, with the slogan of “Sarvajan Sukhay, Sarvajan Hitay”. TMC’s Kalyan Banerjee talked about the goal enumerated in the Preamble of the Constitution, “of fraternity, assuring the dignity of the individual, and the unity and integrity of the national will”.

Congress’s Abhishek Manu Singhvi said that the bill should have been introduced earlier. “You are undoing the mistake that you made,” he said. He also highlighted the fact that “in more than 75 per cent states and union territories the 50 per cent quota ceiling had already been breached”, as he also batted for a caste-based census. His colleague Mallikarjun Kharge called for quotas in the private sector.

BJP’s Sushil Modi cited a Pandit Jawaharlal Nehru letter to state chief ministers, dated June 27, 1961, wherein he is quoted as having said: “I dislike any kind of reservation, more particularly in services. I react strongly against anything which leads to inefficiency and second-rate standards. If we go for reservation on caste basis, we swamp the bright and able people and remain the second rate”.

Sushil Modi also quoted from a debate on Mandal report in Lok Sabha, dated September 6, 1990, when Rajiv Gandhi was Leader of Opposition. “To me, it’s the breaking up of my country. Who is trying to divide our country on caste and religion? Congress cannot stand by and watch the nation being divided for the political convenience of one individual,” Gandhi was quoted as having argued, during the debate, by Modi.

Union Minister and senior BJP leader Bhupender Yadav gave a historical perspective on BJP’s (and earlier, BJS’s) resolutions on social justice. “Whether in 1951 or 2021, we remain committed to the same ideals,” he said.

“I have placed my party’s resolutions from the years 1951, 1968, 1996. Let Congress leaders table their resolutions from 1950 to 1990. This will make it clear where Congress stood in the quest for social justice, and where we were,” the Minister said.

During the debate, many parties talked about raising the 50 per cent ceiling for quotas while many also batted for a caste-based census.

Caste is a dominant reality of India even if its contours have changed significantly since the 1990s. In the post-Mandal era, the intermediate castes became politically, economically, and socially empowered. The Mandal phenomenon thus gave birth to a new class of power elites.

The ritual hierarchy associated with the traditional Hindu social order became a thing of the past. In the new order, caste groups got arranged more in the form of a horizontal spread rather than in a vertical hierarchy.

With the advent of Narendra Modi-led BJP, the party found support from a rainbow of castes and communities, including from those traditionally marginalized and on the fringes. For instance, during the 2019 Lok Sabha elections, 44 per cent OBCs are said to have voted for BJP.

With the new push for the caste-based census, some fear that caste identities will come to the fore with an unexpected ferocity, and with consequences that not too many have factored. Sections of upper castes, largely known to be with BJP, fear that this may lead to their further marginalization.

Many of the votaries of the caste-based census, cutting across party lines, are well-intentioned voices. Some others, especially caste-based regional parties, see this as an opportunity to become electorally relevant. Sections of the academia and media with Left leanings, on the other hand, hope that caste, “at long last, will be able to challenge Hindutva”. This “conflict school” is perpetually at war with those who campaign for the harmonious co-existence of caste groups and communities.

With these competing, even conflicting, claims and interests, it will require statesmanship to ensure that while social justice is ensured and no one feels left out, the larger framework of national integration and social cohesion is not disturbed. It is, therefore, expected that PM Modi’s appeal – universal, across caste groups and communities -- will check those seeking to drive a social chasm between caste groups and communities.

For, in competitive politics, caste chauvinism can often throw up divisive narratives. Recall for instance, when a regional outfit identified with the Kurmis was founded in UP in the 1990s, Sardar Patel was hailed as the “tallest Kurmi leader”. There have been other such attempts as well. Instances hailing Babasaheb Ambedkar as a Dalit leader are commonplace. The dangers of caste chauvinism are real.

One of many ways to deal with the divisive influence of caste is to resist every attempt to pigeonhole national icons as caste symbols.

In his August 28 speech, after dedicating the renovated Jallianwalah Bagh Smarak Complex to the nation, PM Modi said that work is in progress on museums showcasing the struggle and inspirational contributions of Freedom Fighters belonging to various tribes, in nine states. “They have not got their due in our history books.”

Similarly, whether it’s Suheldev or Avantibai Lodhi, every leader who is revered, even in a limited geographical spread, and found mostly in folklores, must be universalized for their larger contribution to the India Story.

National icons had, and should always have a universal appeal. As Union Social Justice Minister Virendra Kumar said, during the Parliament debate on the OBC Bill: “Whether it’s Periyar or Jyotiba Phule or Ambedkar or Lohia or Deendayal Upadhyay, all of them thought of the well-being of the last man standing in the queue”.

Gandhi used to say: “Whenever you are in doubt, recall the face of the poorest and the weakest man whom you may have seen, and ask yourself if the step you contemplate is going to be of any use to him”.

Besides the “poorest man / last man in the queue” adage, if one were to think of a talisman equivalent for New India, it would be something like this: “Whenever you are in doubt, ask yourself if the step you contemplate promotes ‘Bharat Jodo’ and puts the Nation First.” Let this alone be the cornerstone of every social and political intervention of our political parties.

In addition to this, today’s India must debate on the ways to make caste irrelevant. Ambedkar called it “Annihilation of Caste”. This is an idea whose time has come.

It’s well-documented how the Narendra Modi government has taken a series of measures for the marginalized communities, including the OBCs. The elected public representatives and office-bearers of recognized political parties now must take an oath to work pro-actively towards a casteless India, which is going to be a long haul. Let this be part of our political discourse for the next twenty-five years. In 2047, when India celebrates its 100th Independence Day, India will then be a lot more equal and far more democratic even if it will have miles to go.

(The author, a JNU alumnus, is a political analyst. Views are personal. Feedback can be sent to skjthe@gmail.com)