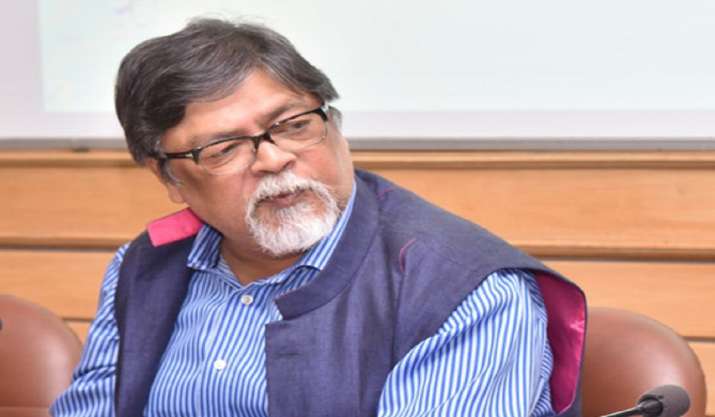 Dr Chandan Mitra was a journalist’s journalist, an Editor par excellence, an outstanding chronicler of Modern India, especially the eventful 1990s, and, in another avatar, a persuasive political spokesperson.

His passion for politics was unmatched. He loved Bollywood songs and fondly wrote about train journeys while documenting events, places and personalities. Above all, he was among the first to challenge the Left hegemony in the world of ideas, news and views, and led the struggle towards the democratization of the Indian newsroom and news pages.

While doing my Master’s, I was convinced that I wanted a career in the media. A call on Dr Mitra’s office landline made a meeting with the man possible. A couple of interactions at The Pioneer’s Bahadurshah Zafar Marg office in the Capital followed. I was offered a position of a sub-editor on the General Newsdesk.

Chandan Mitra: A Life To Celebrate

“The Pioneer” was the paper where I spent my longest time, albeit with a short break. Dr Mitra valued my news judgment, entrusted me with greater responsibilities, and soon, as a chief sub, I was bringing out late city editions.

Dr Mitra was passionate about politics and journalism. He wanted “The Pioneer” to be known as the “Paper with Passion”. A true democrat, he was always open to ideas. When someone suggested a weekly Dalit voice feature, he wasted no time in introducing the column. Thus was born the first of its kind Dalit Voice column in the paper, which ran for many years.

Politics and current affairs are something that I follow closely, too. Dr Mitra’s hand-holding helped me hone my skills.

In the evening edit meetings, he would value suggestions and feedback of one and all. Such was his faith in youngsters that he once told me, during the course of an edit meeting, “After 8 pm, you are the editor, and you take a call on news developments”. His midnight calls to discuss Page One headlines were always a learning experience.

Dr Mitra often wrote power-packed front-paged edits. For special stories, he would himself give headlines. After the Vajpayee government carried out the Pokhran nuclear blasts in 1998, Dr Mitra wrote a front-paged edit titled “An explosion of national self-esteem”. When the Hindi film “Bombay” proved to be a huge draw in Delhi, he came up with the headline (then working for another paper): “In Delhi, it’s Bombay all the way”. Few could match his razor-sharp news sense.

To me, he was kind and generous. Straight out of university, he encouraged me to write Opinion columns. In one of my first columns, I wrote on the politics of martyrdom, wherein I questioned the hypocrisy of the media that sought to dismiss the ghastly murder of an ABVP activist. This was in stark contrast to the media response to the reprehensible murder of an AISA activist and JNUSU office-bearer.

The column generated a huge response, with many Pioneer staffers responding with follow-up columns, either for or against my argument. Mitra believed that the Edit Page should always have lively debates.

Dr Mitra grew close to the BJP, especially senior BJP leader L K Advani. Mitra served in the Rajya Sabha for two terms, first as a nominated member, then as a BJP nominee. In 2018, he joined Trinamool Congress.

When history judges him as a journalist, and more importantly as a political personality, maybe a few years down the line, many would argue that the BJP was more than generous to him with two terms in the Upper House. He, however, switched sides and joined the party’s arch rival in West Bengal, the TMC.

How would Dr Mitra like to have been remembered? The September 3 edition of “The Pioneer” which said “Pioneer office was Dr Mitra’s first home” carried three political pictures on its front page. An election rally of Prime Minister Narendra Modi with Dr Mitra along his side was carried prominently. Two other pictures – Dr Mitra with L K Advani and Dr Mitra with Arun Jaitley – were also carried.

Dr Mitra’s passing away is a huge loss to his readers and admirers and the worlds of journalism and politics. What I never learnt in the classroom, I learnt in the newsroom. For many like me, he was the kind, large-hearted mentor -- always there, guiding, teaching and empowering. To Dr Mitra, The Pioneer in the Newsroom, I owe a world of gratitude for having guided my journey during my early years.

(The writer, a JNU alumnus, is a political analyst. Views expressed in this article are personal and may not necessarily reflect the views of Outlook Magazine.)